TV Recap – “Marvel’s What If…?” Takes to the Stars While Altering T’Challa’s Path

Marvel’s What If…? Returned with its second episode on Disney+ this week and it took us off of earth and into the stars. The new animated series explores various scenarios that alter the Marvel Cinematic Universe as we know it. This new episode changes not one but two characters by showing us what would have happened is Yondu picked up T’Challa instead of Peter Quill.

The episode opens on Morag where we relive the scene in which Star-Lord steals the Power Stone. However, when Korath the Pursuer corners him, he removes his mask to reveal that he is T’Challa and not the Star-Lord we know. Instead of the memorable “who?” response, Korath becomes star-struck. It appears T’Challa was much better at building a reputation as a legendary outlaw than Peter was.

Though he is enamored with T’Challa, Korath informs him that he still has to take the Power Stone from him because he is still working for Ronan. The two have a very civilized fight (if that can exist) and T’Challa easily gets the better of his opponent. On his way out, he decides to hire Korath and picks up his unconscious body.

Outside of the temple, T’Challa is surrounded by Sakaaran Soldiers. He lets them know that Ravagers never fly solo and, after a delay, Yondu takes them all out with his arrow. The two of them walk to their ship while having a conversation about what to do with the stone. It appears T’Challa has made Yondu a better person and the Ravagers actually now travel around helping people rather than just trying to make money.

We then flash back to 1988 in Wakanda where we see a young T’Challa arguing with his father to see more of the world outside of their home nation. Playing in a field at night, T’Challa throws a spear outside of the gates of Wakanda. When he goes to retrieve it, he is abducted by Yondu’s ship, just like Peter was. We then learn what the actual question of this episode is: “what if Yondu outsourced the job of picking up Quill?” Turns out Kraglin and Taserface were the ones who mistakenly picked up T’Challa. 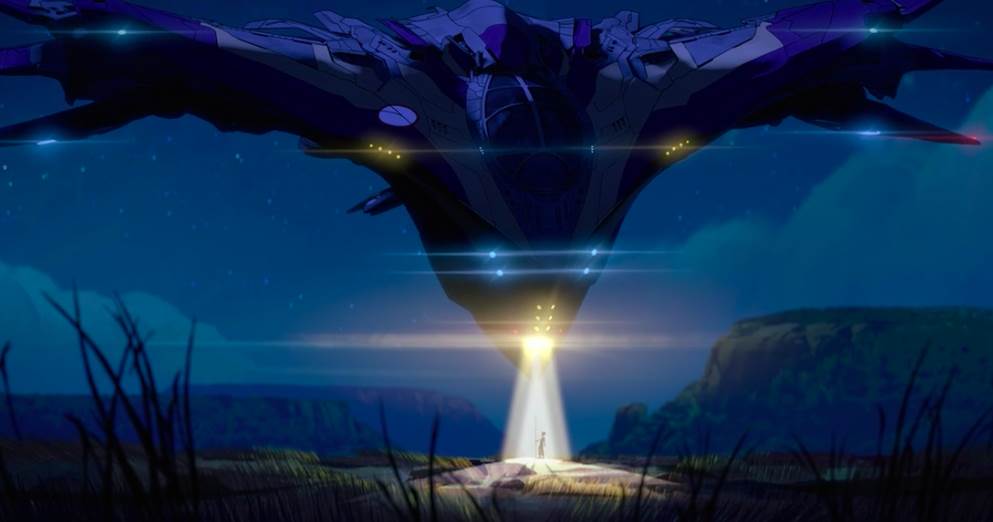 T‘Challa and his crew, which now includes Korath, arrive at a bar to celebrate their victory. Korath continues to gush about T’Challa and asks how he managed to defeat Thanos. The Mad Titan then puts a hand on Korath’s shoulder and admits he was wrong. T’Challa managed to talk Thanos down from his plan and now he is actually a member of the crew. This whole episode really just points out again and again how much more of a hero T’Challa is than Peter.

T’Challa gets a drink at the bar where the bartender is none other than Drax. Guess he didn’t become a Guardian of the Galaxy since, you know, they don’t exist. Drax gives us some more of his literal humor and takes a picture with T’Challa before they are interrupted by Nebula.

The former daughter of Thanos has a different look here, probably because she was never experimented on by her father. Nebula pitches a job to T’Challa and in their discussion, he tells her that Yondu once tried to take him back to Wakanda but it had been destroyed. The two of them then pitch the job to the rest of the crew and Yondu objects once he learns their target is The Collector. After some minimal effort, T’Challa convinces Yondu to take the job.

The episode then becomes a heist story, as we see the team talking through their plan while simultaneously seeing it unfold. Thanos lets them know the Black Order will be working security, a nice callback to Avengers: Infinity War. Yondu and Nebula meet with Tivan while Thanos and some of the others create a distraction outside. Meanwhile, T’Challa sneaks around in search of the artifact they have come to steal. He meets Howard the Duck, who says he can lead him to it.

Proxima Midnight takes out Thanos and the others and sounds the alarm and has the building locked down. When Howard becomes distracted by a drink, T’Challa rushes into the next room to find a vehicle from Wakanda, which is instantly activated by the necklace he is wearing. He steps inside to find a hologram of his father, who is still looking for him. Yondu has lied to him about Wakanda being destroyed, which does not make T’Challa happy.

The team is then betrayed by Nebula, who owed a debt to Tivan and they are all thrown in a cell. There, T’Challa confronts Yondu about lying to him about his home. They are interrupted when Corvus Glaive enters and knocks T’Challa out to take him to Tivan.

T’Challa awakens to find himself in one of Tivan’s boxes and after a discussion, Tivan orders Ebony Maw to dissect him. Nebula and Glaive open the Ravager’s cell and they immediately question her. She draws her gun and turns to Glaive, shooting and seemingly killing him. Looks like things don’t turn out well for him in any universe. Nebula explains that this was always the plan and that T’Challa is in on it. It all created a big enough diversion for her to grab the artifact they came for, the embers of genesis.

T’Challa breaks free of his cage and attacks Maw but is quickly overwhelmed. Carina shoots Maw in the back, saving T’Challa. He then makes a run for it but is ambushed by Tivan who hits him with a giant Kronan fist. Tivan explains that he took it from the carcass of a “terribly chatty Kronan.” He killed Korg!?

The two have their fight, during which Tivan shows many of the other weapons he’s acquired, including Cap’s shield, Mjolnir and even Hela’s helmet and necrosword. The Ravagers try to escape the fortress but Thanos elects to stay behind to hold off the remaining Black Order.

When Tvan is about to get the better of T’Challa he once again sets up an entrance for Yondu, who uses his arrow to knocke Hela’s helmet off of him. Tivan catches the arrow and breaks it and the fight really begins. Meanwhile, Nebula saves Thanos from the Black Order, killing them with the embers. They then get to their ship just in time and the Ravagers escape, leaving T’Challa and Yondu behind.

The fight against Tivan continues, and T’Challa and Yondu form a plan. Yondu takes a punch in order to swipe Tivan’s gauntlet which controls seemingly everything in the fortress. T’Challa then kicks him into an open box and Yondu locks him inside. Before they leave him there, they give the gauntlet to Carina, who opens all of the other cells, releasing the prisoners who are not happy with Tivan.

Yondu and T’Challa escape in the Wakandan ship and find that Cosmo the Spacedog has stowed away on board. After some convincing from Yondu, T’Challa decides he and his team should head to Wakanda. He is reunited with his family and the Ravagers celebrate with the Wakandans.

T’Chaka asks how T’Challa ever wound up on Yondu’s ship. Yondue stammers a bit before T’Challa bails him out but that leaves us with the question: what ever happened with Quill. Well, the Watcher takes us to Dairy Queen where Quill is mopping the floor. He turns around to see Ego, who reveals himself to be Peter’s father. The Watcher lets us know that’s a story for another time, and the episode comes to a close. 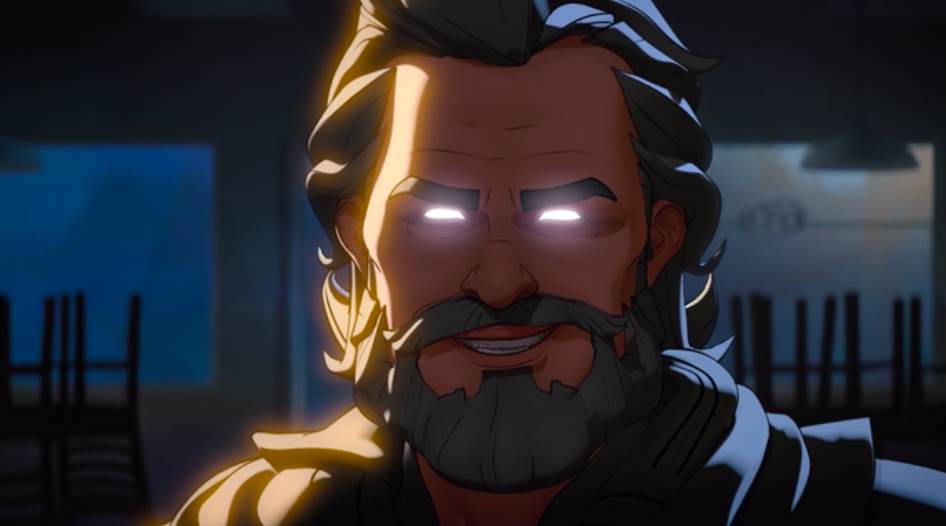 This felt like a big step up from last week’s series premiere. The story involving so many different characters, from various corners fo the MCU, allows it to feel much bigger. With the potential for these stories to continue to grow in terms of their scope, this show can do anything.