A new 4K Ultra HD edition of Who Framed Roger Rabbit? P-p-p-p-p-p-p-please give it to us! Complete with bonus features, coming to shelves on December 7th! 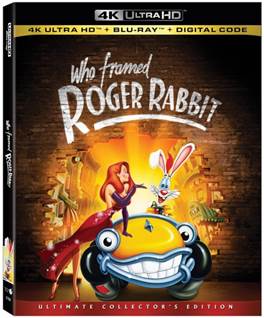