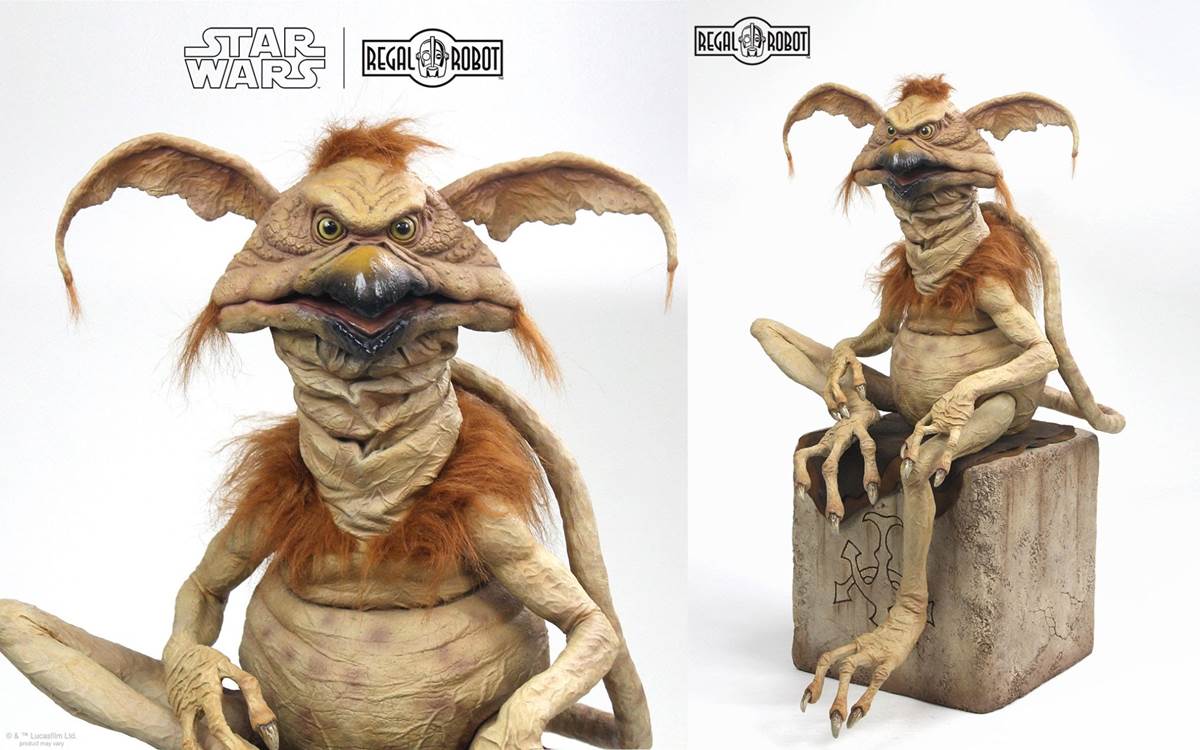 “I know that laugh…” Jabba the Hutt’s Kowakian monkey-lizard court jester Salacious B. Crumb has been a fan-favorite Star Wars character ever since his debut in 1983’s Return of the Jedi. And now those fans can own a highly detailed life-size replica of ol’ Salacious himself thanks to our friends at the themed furniture and prop replica company Regal Robot.

The “Dual Signature Edition” (with a numbered plaque autographed by Return of the Jedi prop sculptor Tony McVey and Salacious Crumb performer Tim Rose) of this sure-to-be-sought-after collector’s item is limited to 150 pieces, so be sure to act now if you want to get your hands on it. 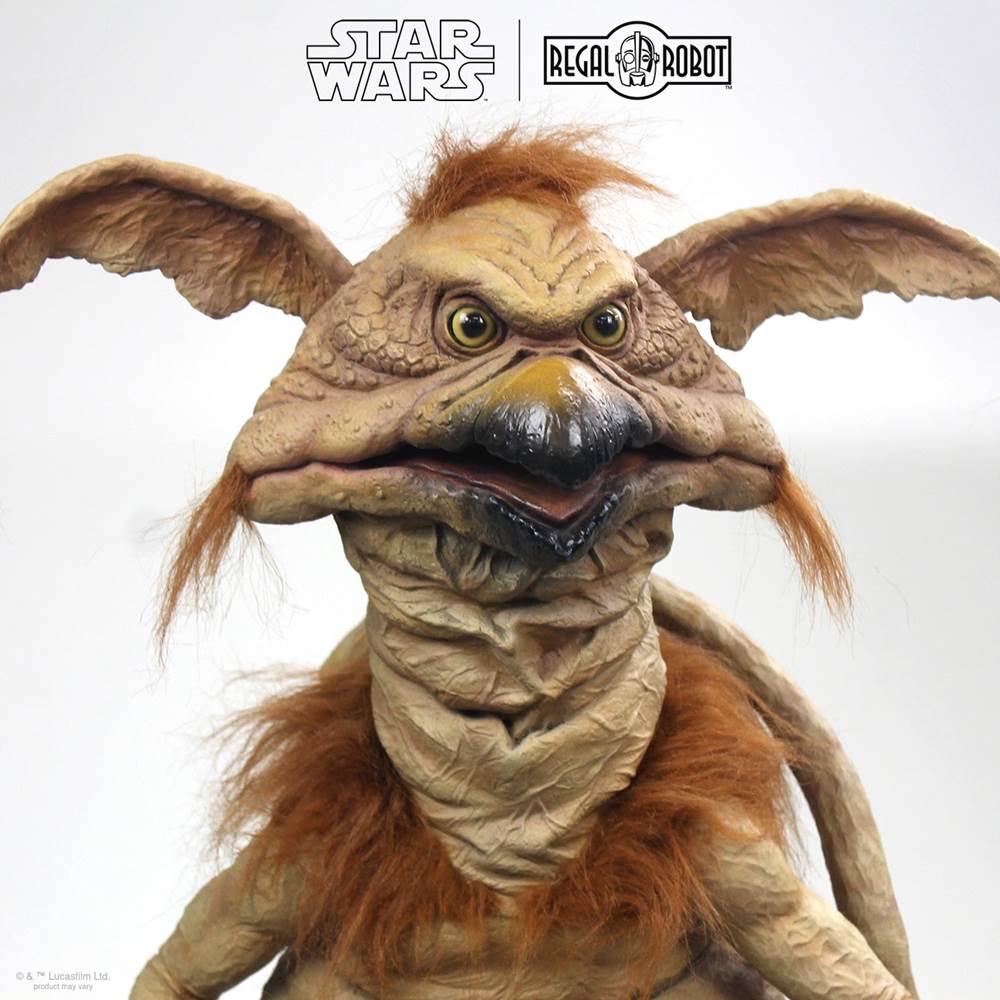 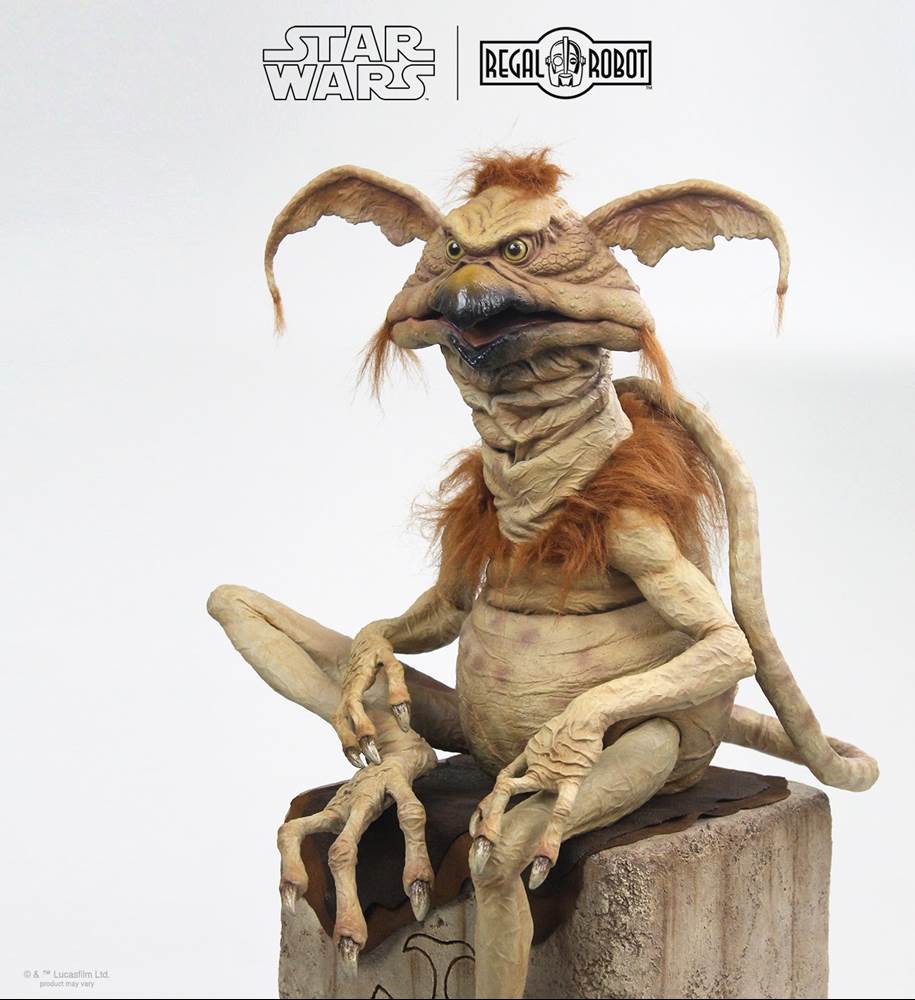