Dopesick is a poignant tale of corporate greed run amok. In this unflinching look at the opioid crisis that devastated small towns and countless lives across America. Viewers will watch aghast at the horror that takes hold in the lives destroyed and families shattered in this compelling must-see event of the fall. The eight-episode series is a brilliant look at multiple storylines as they all come to share one common thread, OxyContin. 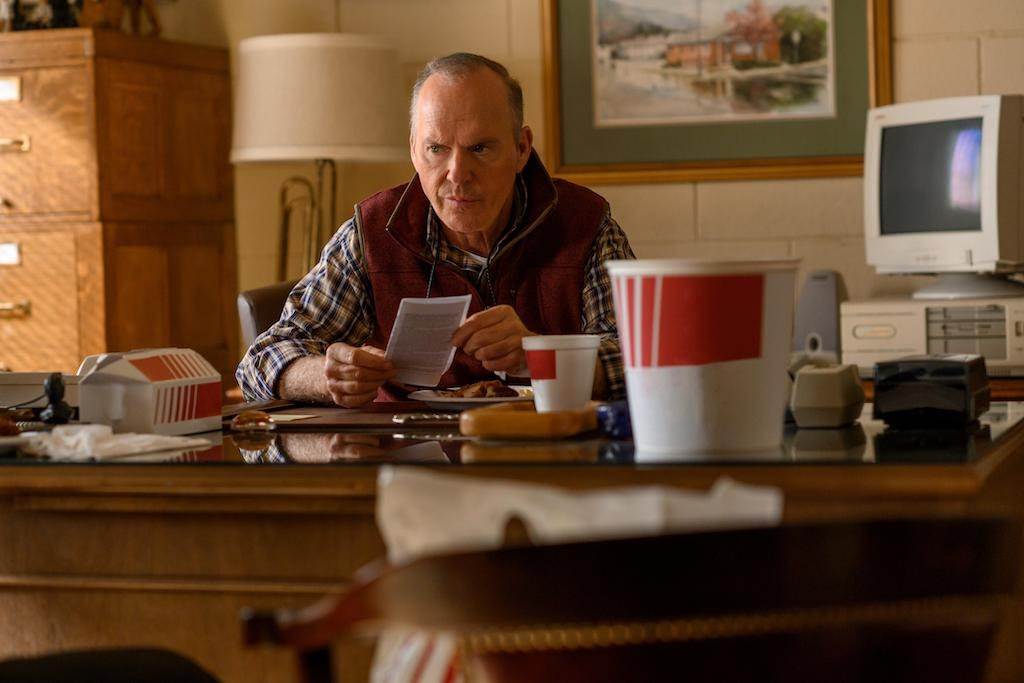 Each hour-long episode balances the stories of the characters over multiple years. Viewers track the inception of the OxyContin drug from Purdue Pharmaceuticals, and the executives who push the drug on the public, like Richard Sackler (Michael Stuhlbarg). The story pivots from behind the scenes at Purdue, to the impending legal case that starts in the early 2000’s led by Assistant United States Attorneys Rick Mountcastle and Randy Ramseyer (Peter Sarsgaard and John Hoogenakker), to a small town in Virginia where we meet local doctor Samuel Finnix (Michael Keaton) who is on the frontlines at the beginning of the opioid crisis. We are also introduced to DEA agent Bridget Meyer (Rosario Dawson) who previously investigated the skyrocketing rise in crimes across the country that relate to OxyContin since its release.

From the first moment of the show, viewers need to pay attention and follow the story as it evolves because Dopesick is a rollercoaster of emotions that will leave viewers raging at the sheer greed of Purdue. According to Richard Sackler, the medical community has been ignoring chronic pain for too long. His proposal of using a new opioid to treat chronic pain is met with skepticism by the rest of his family, but Richard proceeds with his idea and spends over forty million dollars of company money to develop the new drug. Amazingly, the FDA has approved the use of the drug because it has a less than one percent chance of users becoming addicted. Doctors are sold on the value of the new wonder drug. The truth Purdue pedals to sell the drug is a house of cards that when it crashes will destroy lives.

With one of the largest sales forces assembled, Purdue Pharmaceuticals has representatives crossing the country, stopping in every small town, especially in mining and logging areas where chronic pain comes with the local jobs. One keen sales rep, Billy (Will Poulter) meets with Dr. Finnix and regales the good doctor with facts and information about the cure Purdue has for chronic pain. Finnix is initially skeptical of the drug, but he prescribes it to a couple of patients and sees miracles.

Michael Keaton has never been better. He is at the top of his game as he brings Dr. Finnix to life. Thanks to the roving timeline throughout the episodes, audiences get to see a broad range from Keaton as he first encounters OxyContin, and then the treatment of his patients and the side effects of this extremely addictive drug. Keaton is perfect as Finnix bringing gravitas to a role that could be a minimally important character. Instead, Keaton elevates his performance by playing such a complicated character with wit, charm, and a broken heart. Dr. Finnix is what everyone dreams of when they think of a small-town doctor. The audience will ache at the pain and suffering Finnix experiences because of Keaton’s talent. Michael Keaton should get his awards speech ready for the coming year. 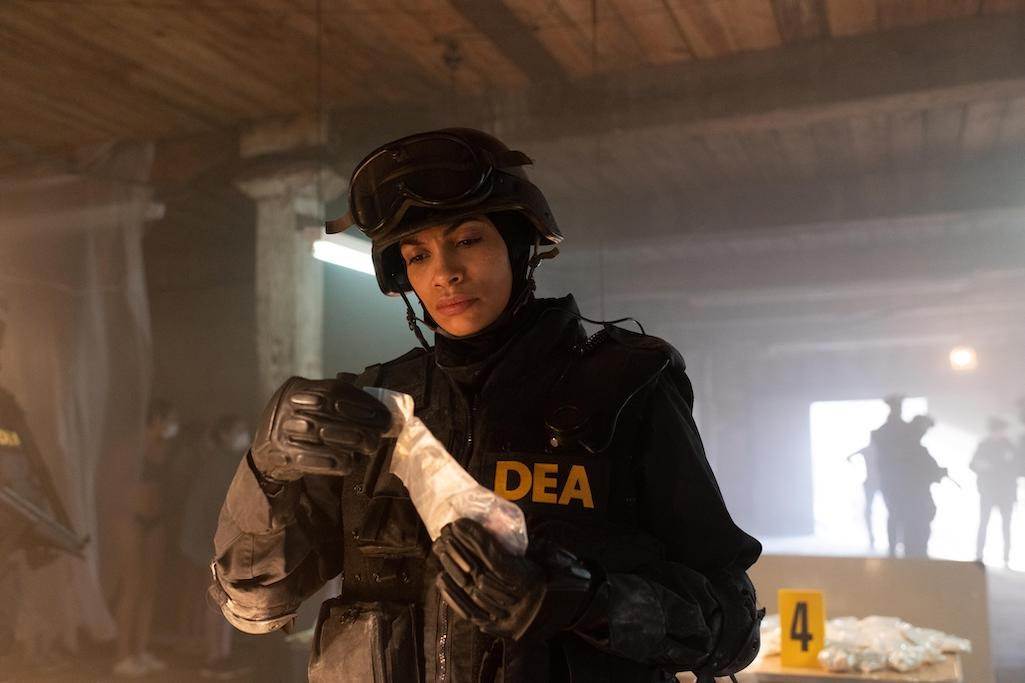 The legal side of the story is played to perfection by Peter Sarsgaard and John Hoogenakker as the idealistic and intelligent Assistant United States Attorneys. The audience will become just as jaded and cynical as Rosario Dawson’s character does after being stonewalled at every step of her own investigation into the opioid crisis. Sarsgaard and Hoogenakker have the charisma and spirit to play legal eagles that are admirable for pursuing the case against Purdue. Rosario Dawson’s character Bridget Meyer was sounding the alarm but was ignored.

All the actors in the show are at an exceedingly high level of talent that brings to life a complicated story which has a very simple problem. Corporate lies about a drug meant to help, caused so much pain. The characters on the right side of the issue are admirable and human, while the slow descent of the need for success by Purdue is maddening to watch. Every possible excuse is pushed by Purdue and their consortium of friendly groups to help promote the use of OxyContin. The problem with unleashing a hydra monster like OxyContin is the unexpected collateral damage from the crimes and deaths related to addiction caused by OxyContin.

Beyond the acting, the dichotomy of color and scenery emphasizes the differences between the two sides in this war. The Purdue executives and the Sackler family are bathed in wealth. From priceless artwork to palatial mansions the bright colors scream to the audience, I have too much money. Life in rural Virginia is different.  Finnix drives an old truck, and lives in a simple home with nothing elaborate to speak of. Tinted in the colors of the local mine, the life Dr. Finnix and everyone else in town lives is nothing close to luxury. The people in town are dependent on the success of the mine for good jobs and survival. 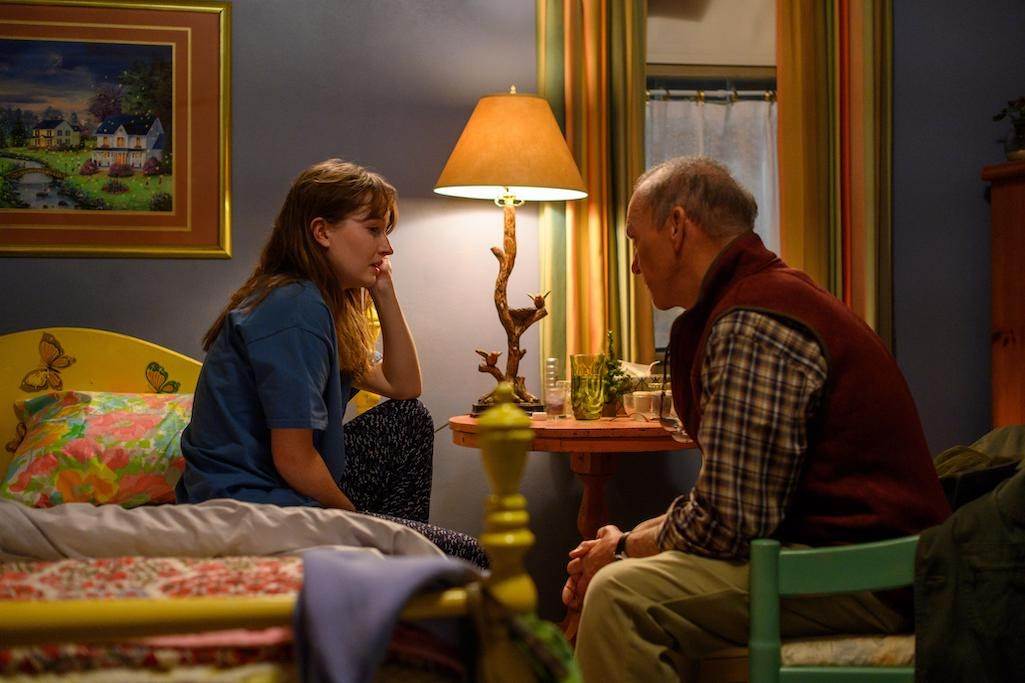 I knew little about the opioid crisis, and after watching Dopesick, I’m terrified by what corporate greed and helpful regulator friends were able to do all in the name of profit margins. This is October and Dopesick fits in perfectly with the scary season. The danger you witness on screen is real which makes Dopesick one of the most terrifying stories anyone can watch. This was real. People got hurt and died all in the name of making more money for a few very rich people.

Dopesick is a four star tour de force performance of talented actors telling a true tale of the greed of humanity, and the damage that greed inflicts.