Back in July of 2020 as the parks of Walt Disney World reopened after a shutdown due to the global COVID-19 pandemic, many park guests noticed that Disney’s Animal Kingdom had updated their maps, removing Primeval Whirl from the list of attractions offered in Dinoland USA. 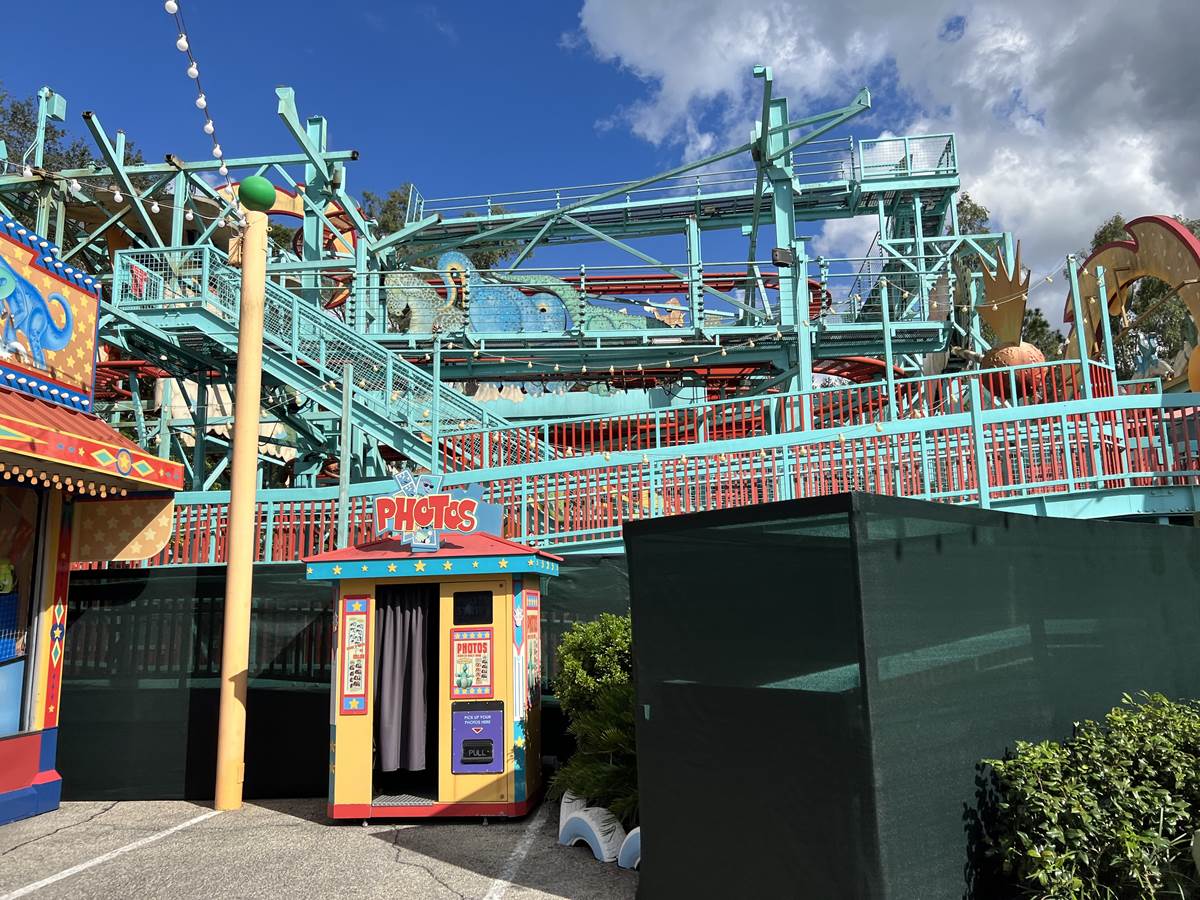 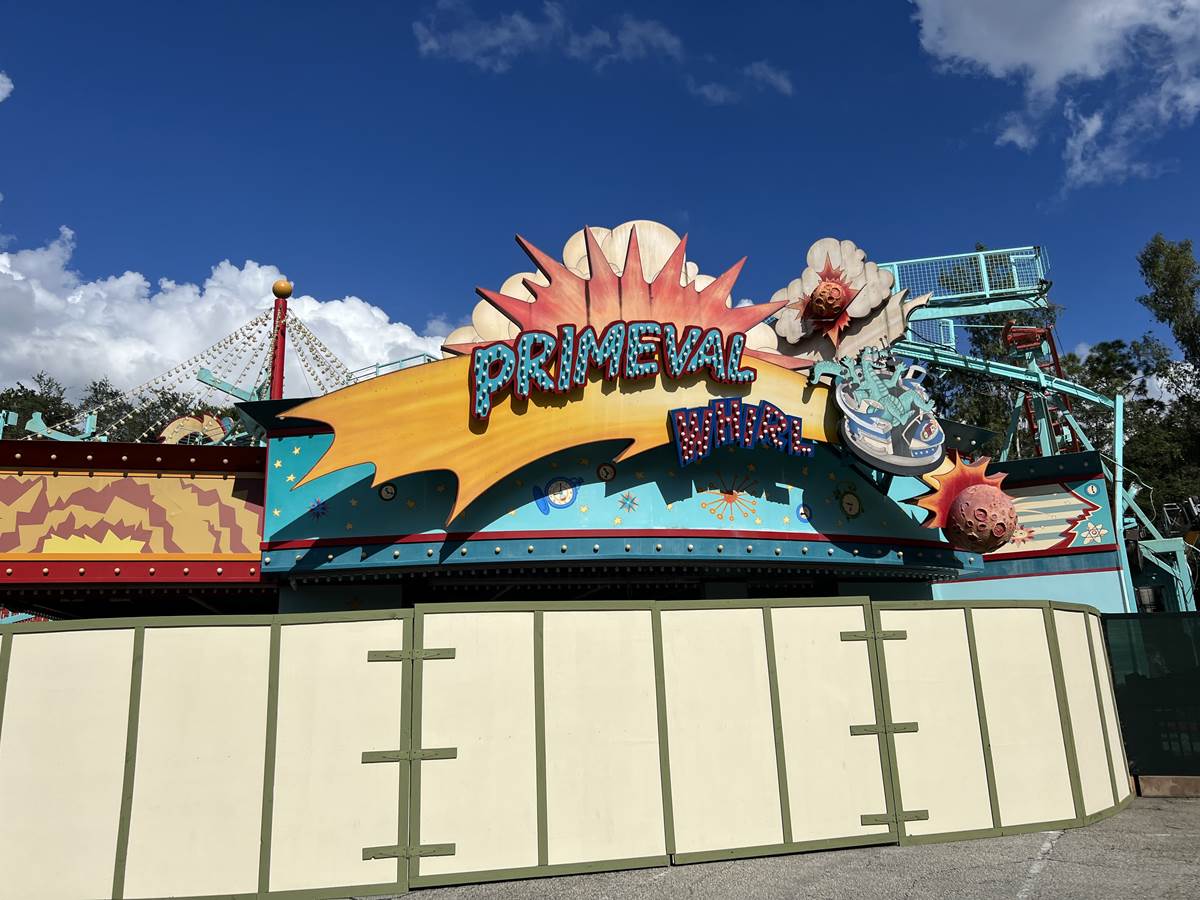 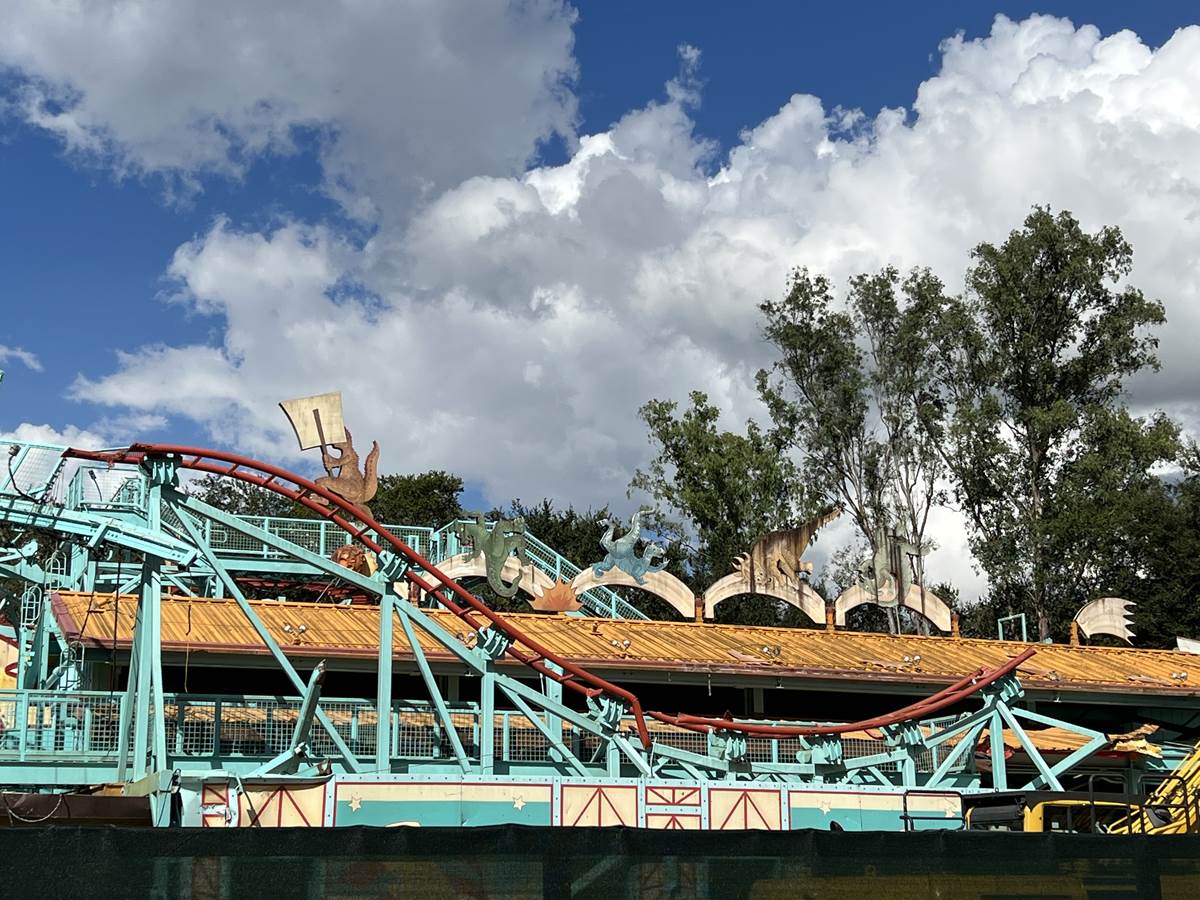 Guests walking by however, would still see the ride there, standing by not operating. It wasn’t long after that Disney announced that three attractions would be closed permanently, with Primeval Whirl closing alongside Stitch’s Great Escape and Rivers Of Light: We Are One. This didn’t come as much of a surprise, since before the park closed for the COVID-19 Pandemic, Primeval Whirl was already running a sporadic operation, closed more often than it was open, and had been for quite a while. Though the original closing announcement came in July of 2020, demolition of the attraction hadn’t begun until recently, and has accelerated quickly. Nothing has been announced at this time regarding a replacement for the spinning-coaster attraction. 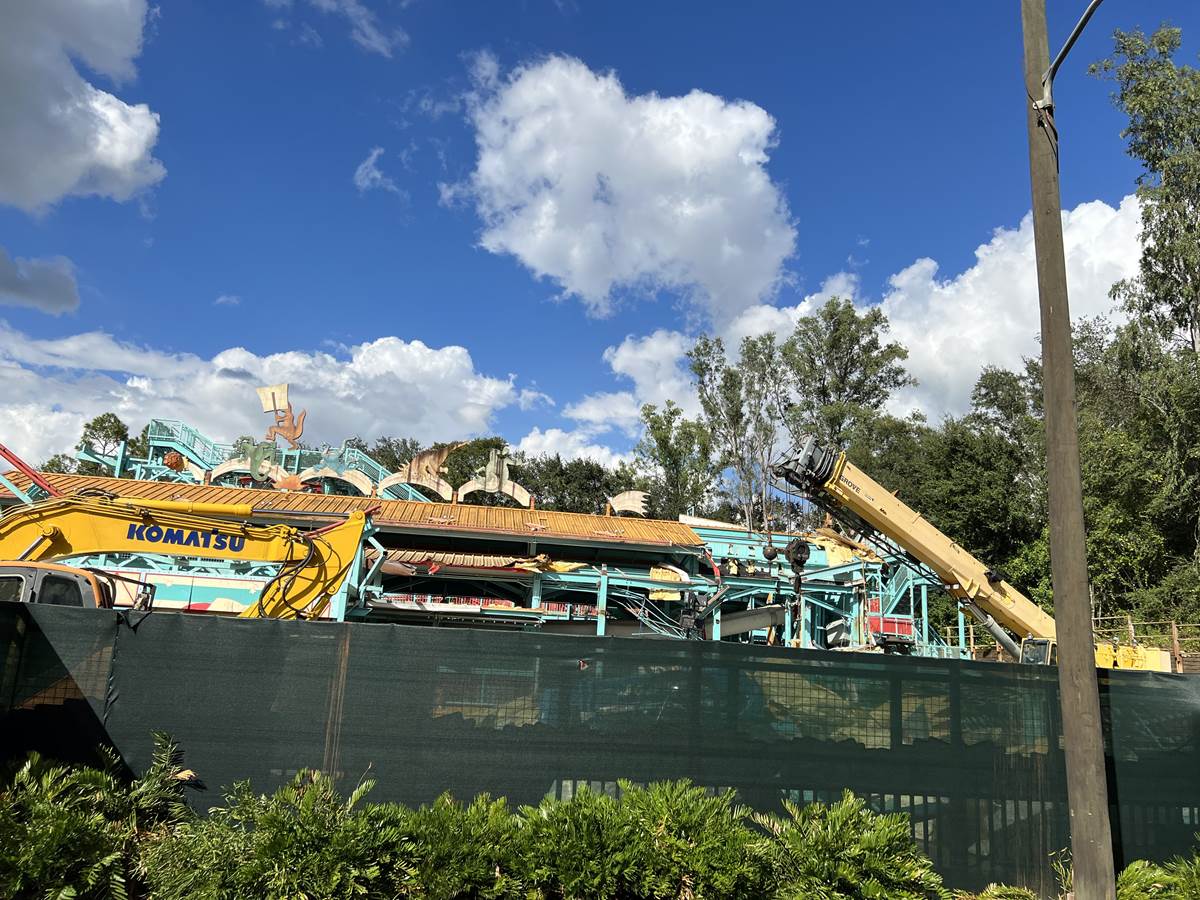 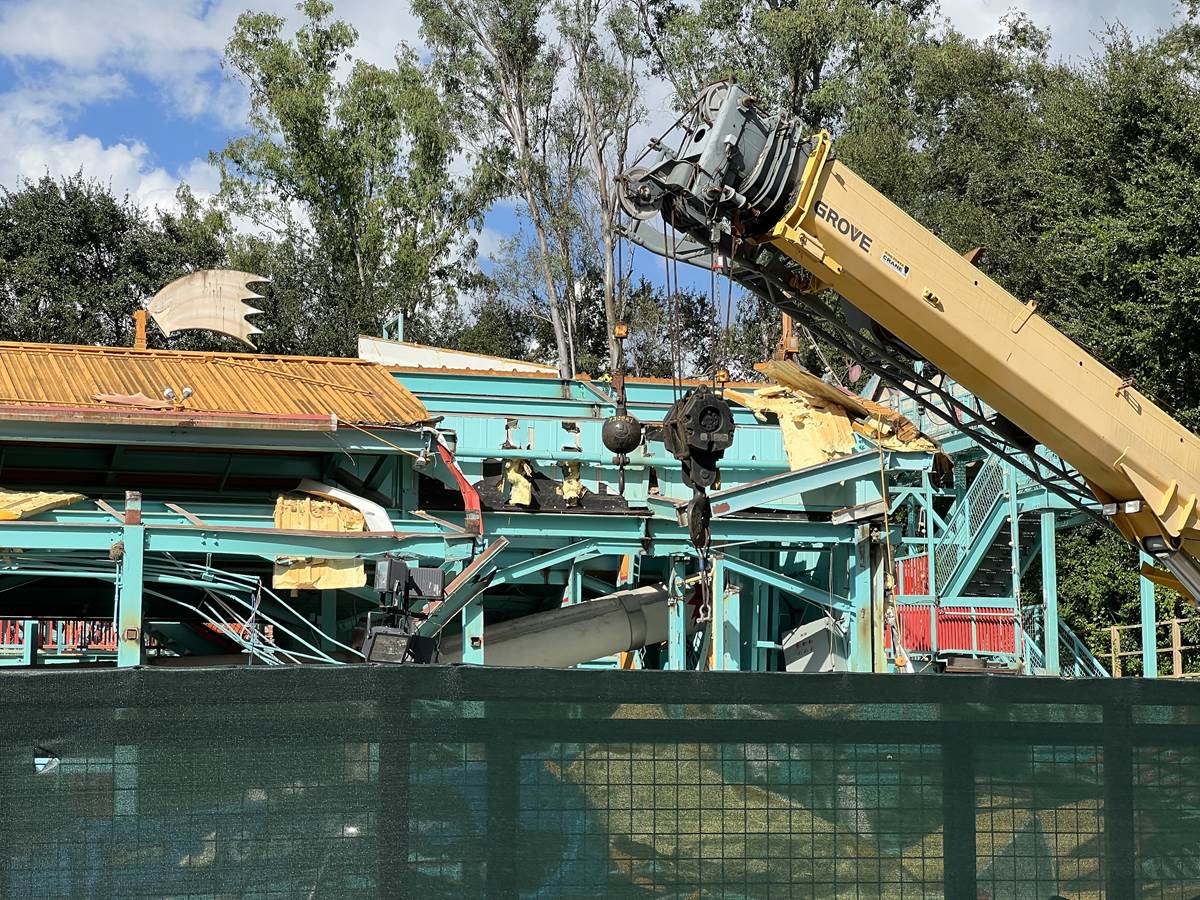 Originally opened in March of 2002, Primeval Whirl was the marquee attraction of Chester and Hester’s Dino-Rama, a mini-land of sorts that was one of the first expansions of Disney’s Animal Kingdom. You can find out more about the history of Primeval Whirl with a look at the now extinct attraction here. 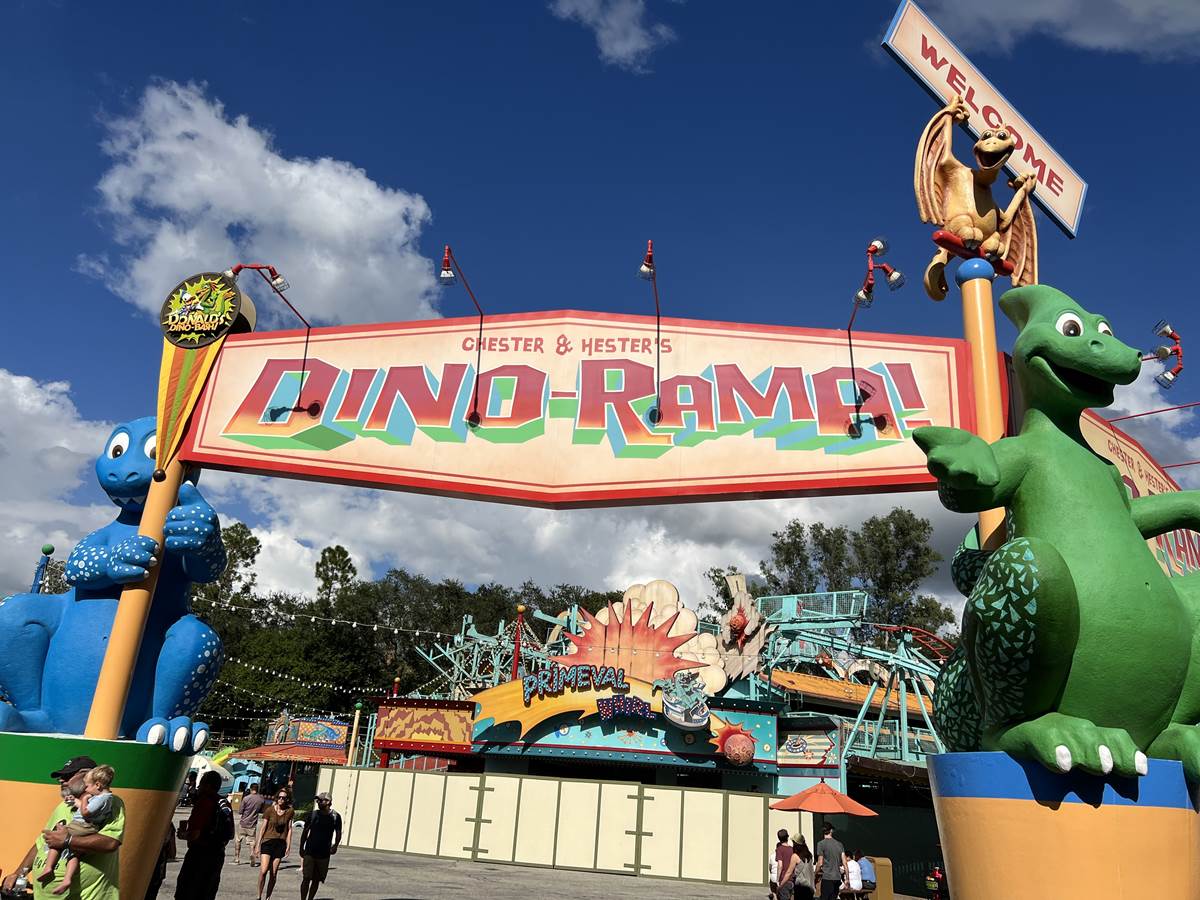