Peter Parker is ready for Halloween. A new "Spine-Tingling Spider-Man" infinity comic will be coming to Marvel Unlimited next week. 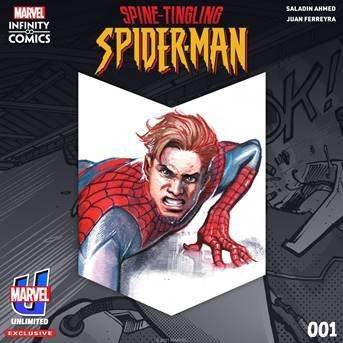