The Walt Disney Company today launched its 2021 Disney Ultimate Toy Drive benefiting the Marine Toys for Tots Program, as part of its efforts to inspire a world of hope. The campaign kicked off during Good Morning America on ABC this morning where co-anchor Michael Strahan and ABC News Correspondent Will Reeve announced the $500,000 donation to Toys for Tots. 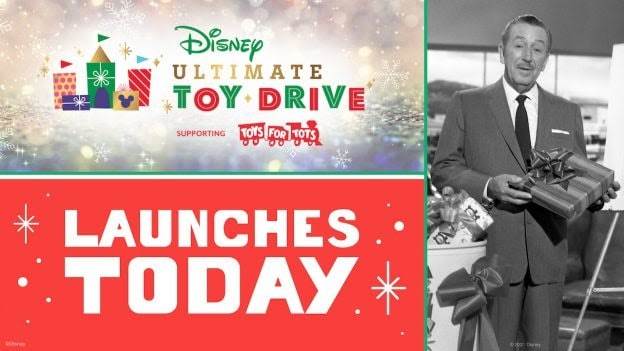 We helped kick off #DisneyUltimateToyDrive with a very special donation from @Disney to Toys for Tots! @ShopDisney pic.twitter.com/rho5QBZ4aR