Hasbro Pulse revealed the next stretch goal for the HasLab Star Wars Black Series Rancor figure and it could unlock some ominous new accessories. 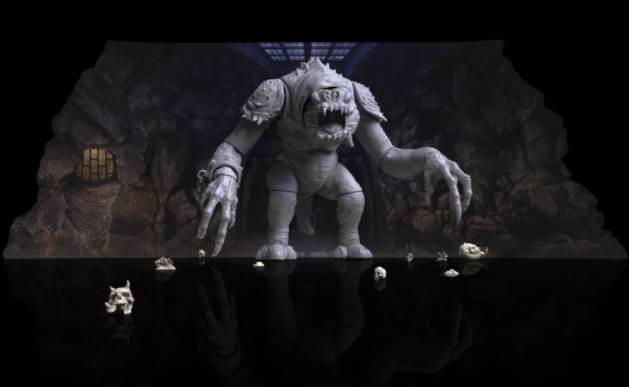 It's time to reveal the 2nd stretch goal for the Star Wars The Black Series The Rancor HasLab. When we reach 13.5K backers, it unlocks movie-inspired bone accessories and a world-building backdrop to create your very own movie-inspired display! See more on https://t.co/Pay36ALEPf pic.twitter.com/as8cROGOEz