Writer Jed MacKay’s “The Amazing Spider-Man: Beyond” run has been a lot of fun. It’s a departure from the typical Peter Parker story, focusing instead on the far less experienced Ben Reilly. This week though, the series took another step away from mainstream Spidey and focused in on two more outside characters.

“The Amazing Spider-Man #78.1” lets us get to know Spider-Man’s trainers: Misty Knight and Colleen Wing. Of course, this is far from an introduction of the characters, but this is the best look we’ve gotten at this version of them and it was a whole lot of fun. With the Beyond corporation putting a lot of stock in this new Spider-Man, they turned to two Heroes for Hire to train him to be ready for anything. Training superheroes isn’t exactly what Misty Knight and Colleen Wing do, but if the price is right, they’ll step up.

Beyond has some other jobs in mind for the Daughters of the Dragon too though. When a strange robot monster attacks the city, they get sent to protect the innocent people. That results in them becoming trapped in a simulation of Colleen’s own creation and having to to enter the “Avengers Murder Mansion.”

Of course, as is always the case with big, evil corporations, there was another goal in mind. Misty and Colleen aren’t ones who like having their strings pulled so there is som trouble brewing in this professionally relationship. How will this impact the new Spider-Man? 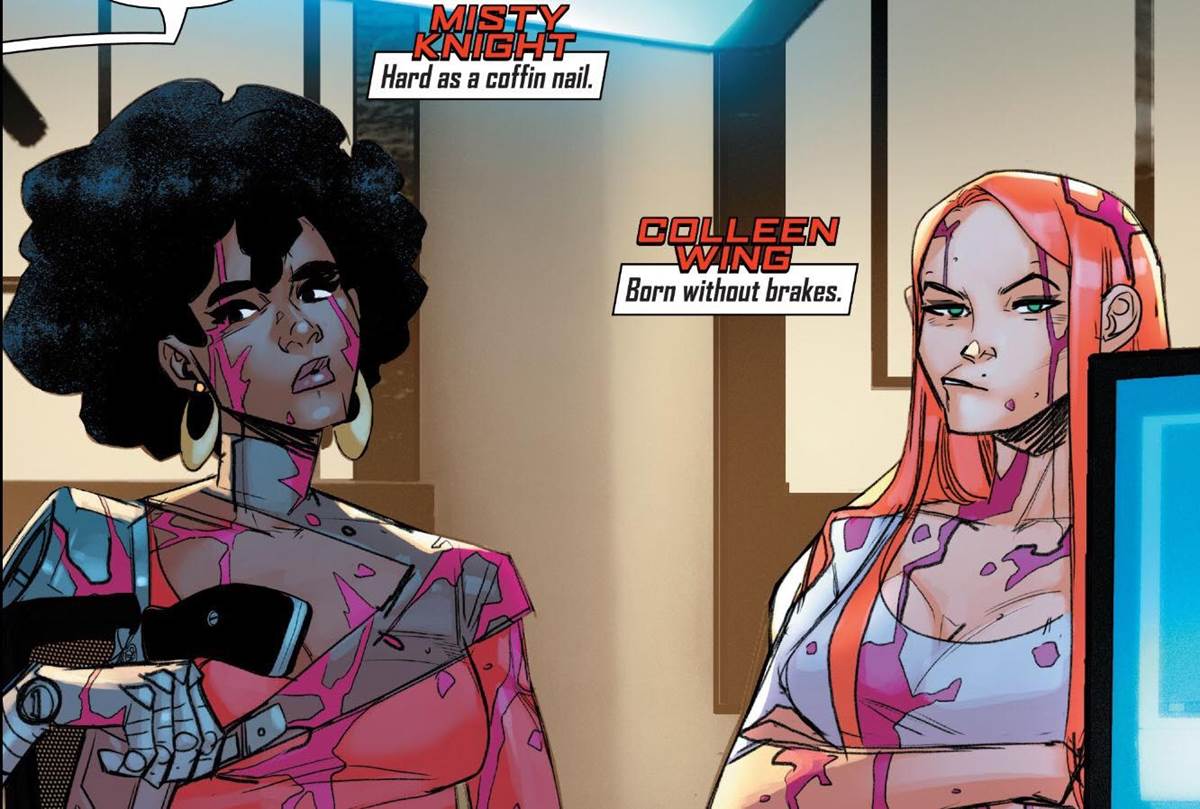 First and foremost, what truly stands out about this comic is just how hilarious it is. Misty and Colleen have always been entertaining characters, but this took it to a new level. There are multiple laugh-out-loud moments throughout this issue and the dynamic between these two character will keep a smile on your face.

Another big part of the reason this issue is so much fun is the incredible premise of Avengers Murder Mansion. In a Danger Room-like simulator, Colleen created a situation where Spidey has to survive in a mansion full of Avengers/classic Hollywood slasher mashups. Adding the slasher horror genre to your typical superhero story just add another layer of fun. While some readers may be disappointed if they’re looking for a Spider-Man story, what they’re going to get instead is an entertaining introduction to two characters they may not have read before before. There is nothing about this issue that requires a reader to have an extensive knowledge about Misty or Colleen. It can easily be picked up and enjoyed by anyone.

And just because it steps a bit away form the main story, doesn’t mean it won’t have an impact. In fact, this issue adds some interesting context to the “Beyond” arc as the questionable organization seems to be getting just a little bit sloppy in their attempts to hide their true intentions. This could find its way back to Spider-Man and change the way his story plays out. 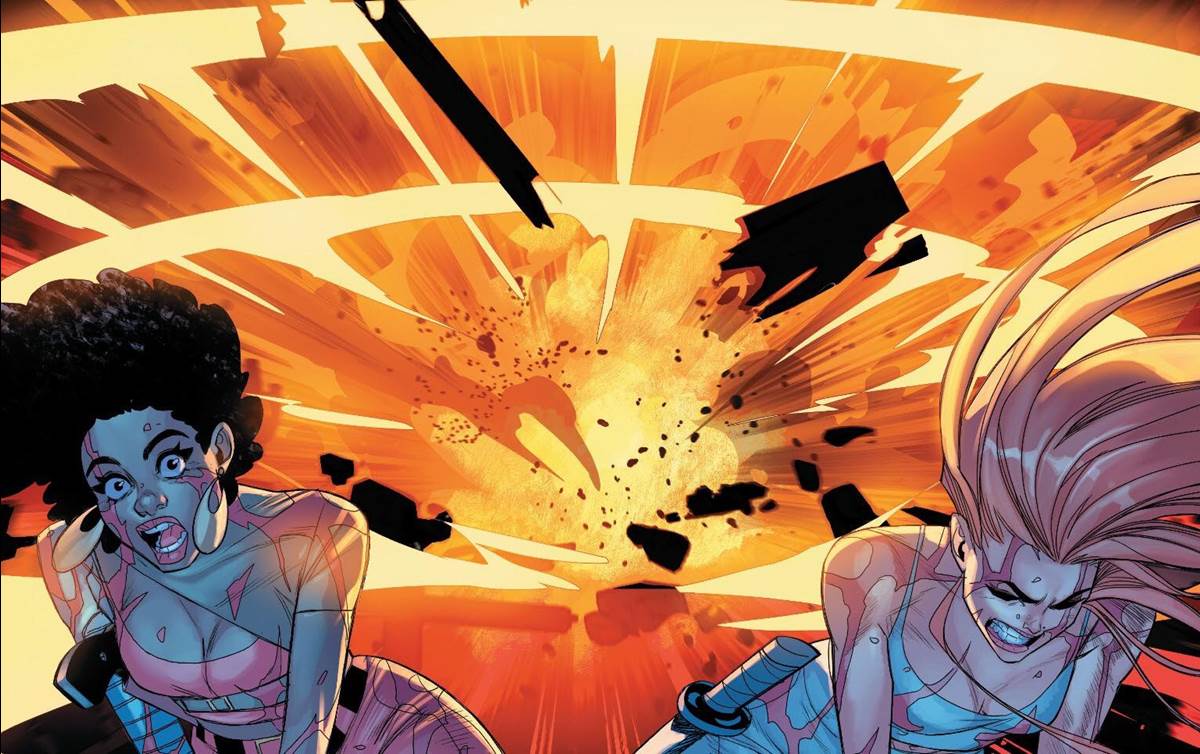 You can check out “Amazing Spider-Man #78” now. For more on this week’s comics, check out today’s episode of Marvel Time: