The second exhibit at Destination D23 takes us on a whirlwind tour of 50 years of merchandise at the Walt Disney World Resort. This exhibit is split into different sections with displays from each decade of Walt Disney World’s history. 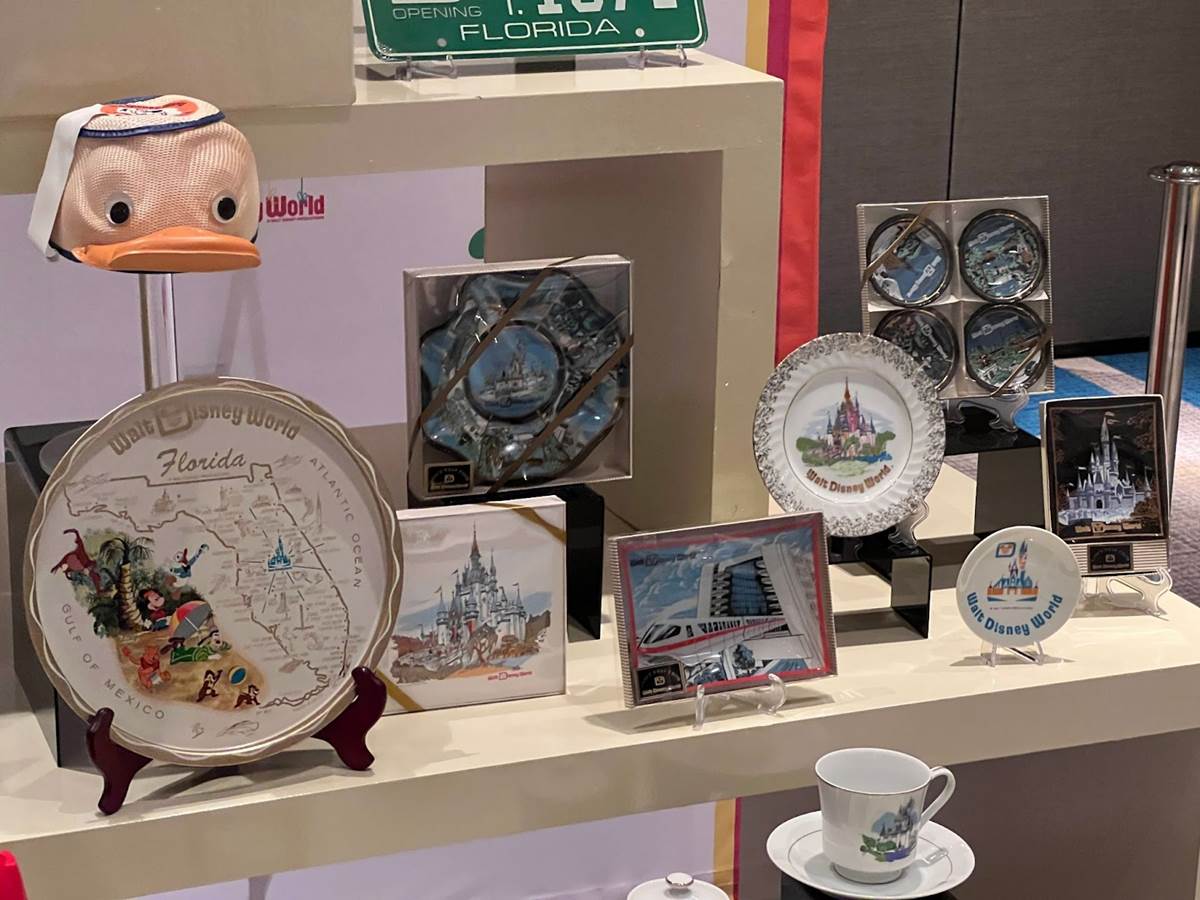 The 1980s is a great time, if only for the great EPCOT Center merchandise, such as the plush from Kitchen Kabaret! What a wonderful decade! 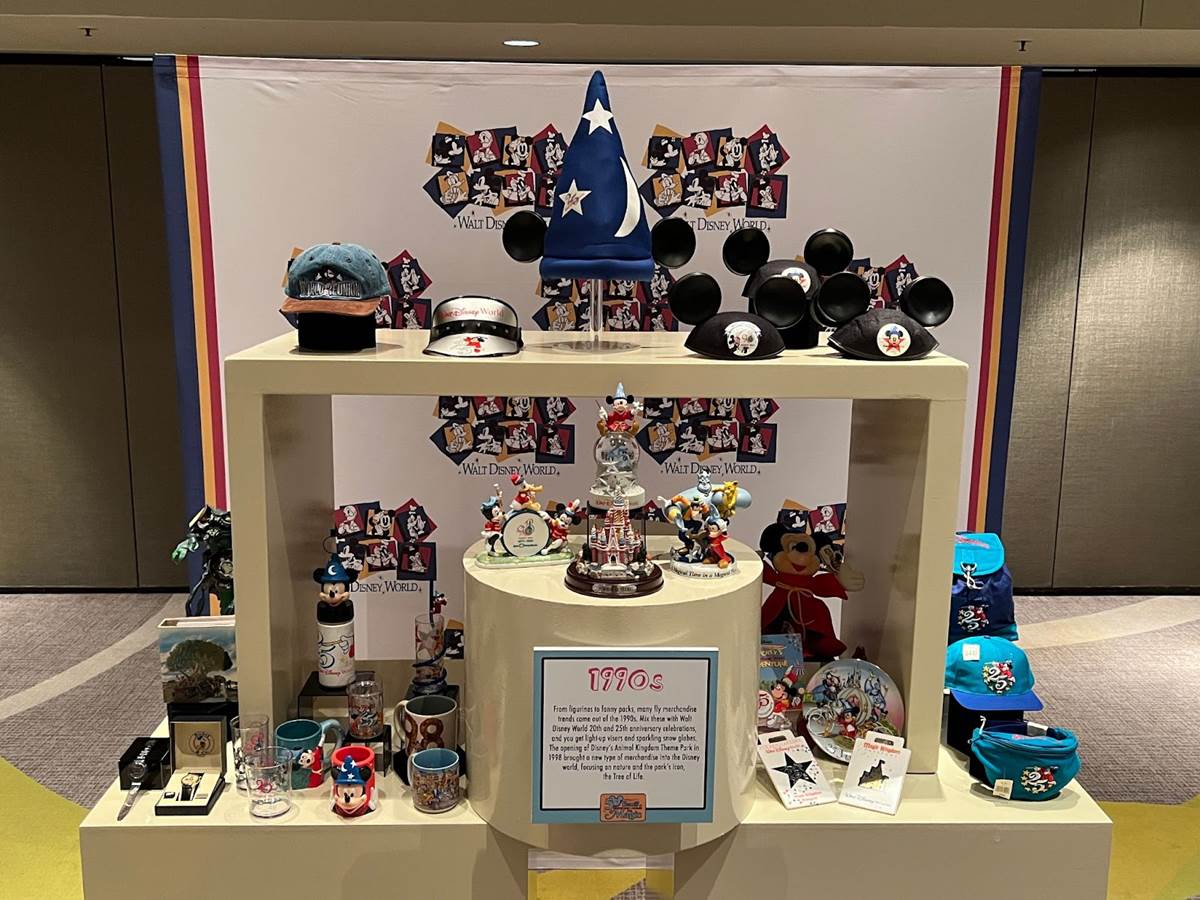 Next up, the 1990s, with anniversary celebrations and the opening of Disney’s Animal Kingdom. 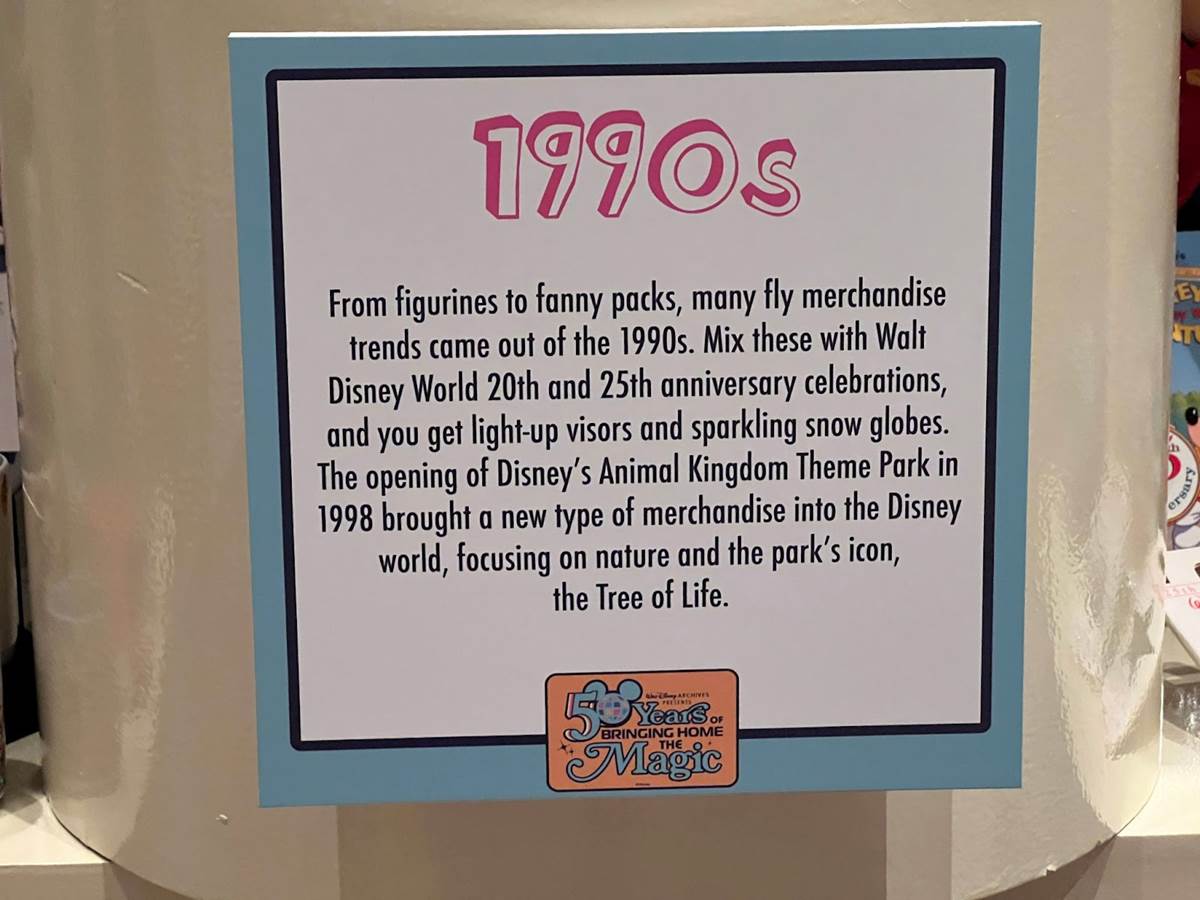 Even The ExtraTERRORestrial Alien Encounter gets some inclusion. The 2000s and 2010s are lumped together, marked by the arrival of Disney Pin Trading and MagicBands. 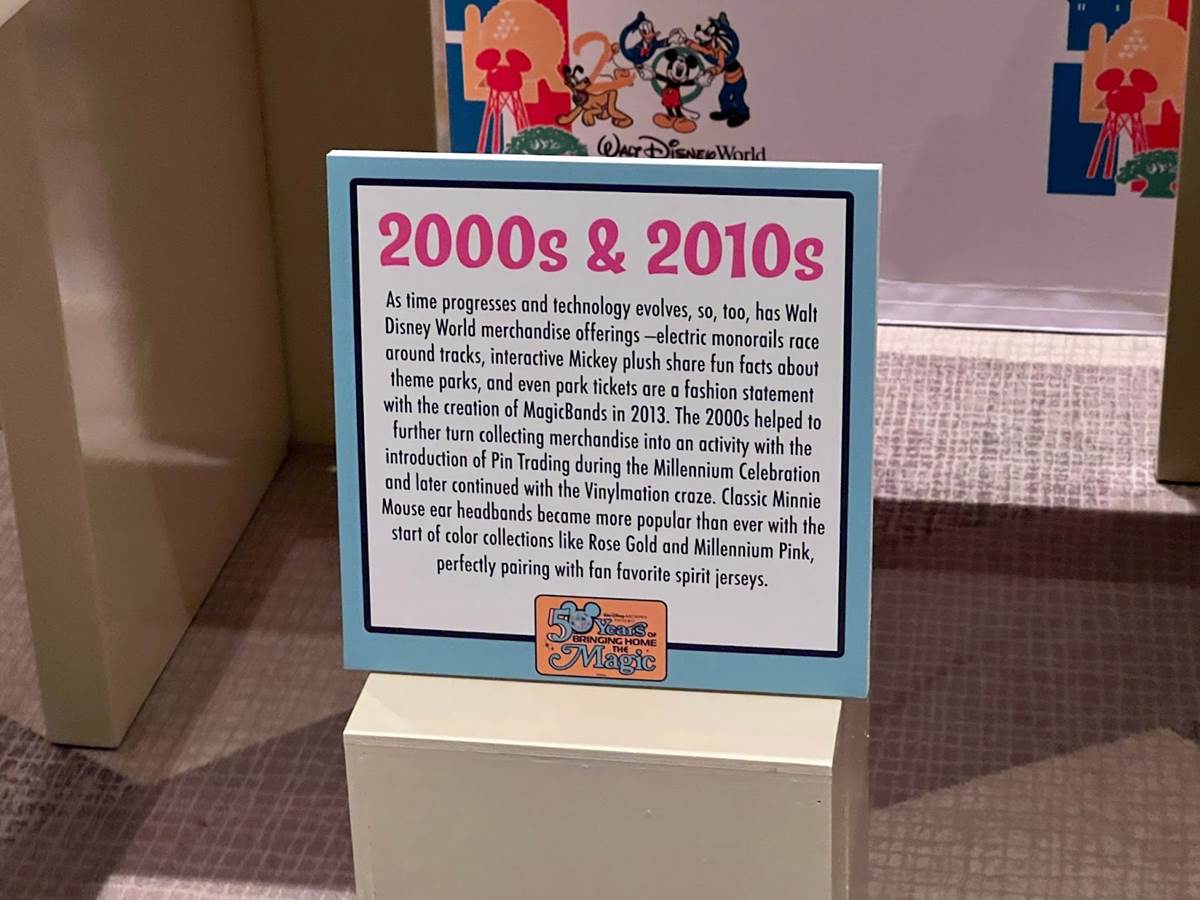 That brings us to today and the Most Magical Celebration on Earth! In the center of the exhibit was a real treat for old EPCOT fans: the old Dream-Catching machine from Journey into Imagination that decorated MouseGear for many years. We also have this video tour of the exhibit, including Walt Disney Archives Director Becky Cline talking about the centerpiece of the exhibit, the Dream-Catching machine.

Stay tuned to Laughing Place as there’s much more to come from Destination D23 this weekend!