Day one of Destination D23 at Disney’s Contemporary Resort is upon us. One of the most exciting exhibits is presented by Walt Disney Imagineering, titled 50 Years of Dreaming and Doing. Let’s take a tour through this treasure filled exhibit. 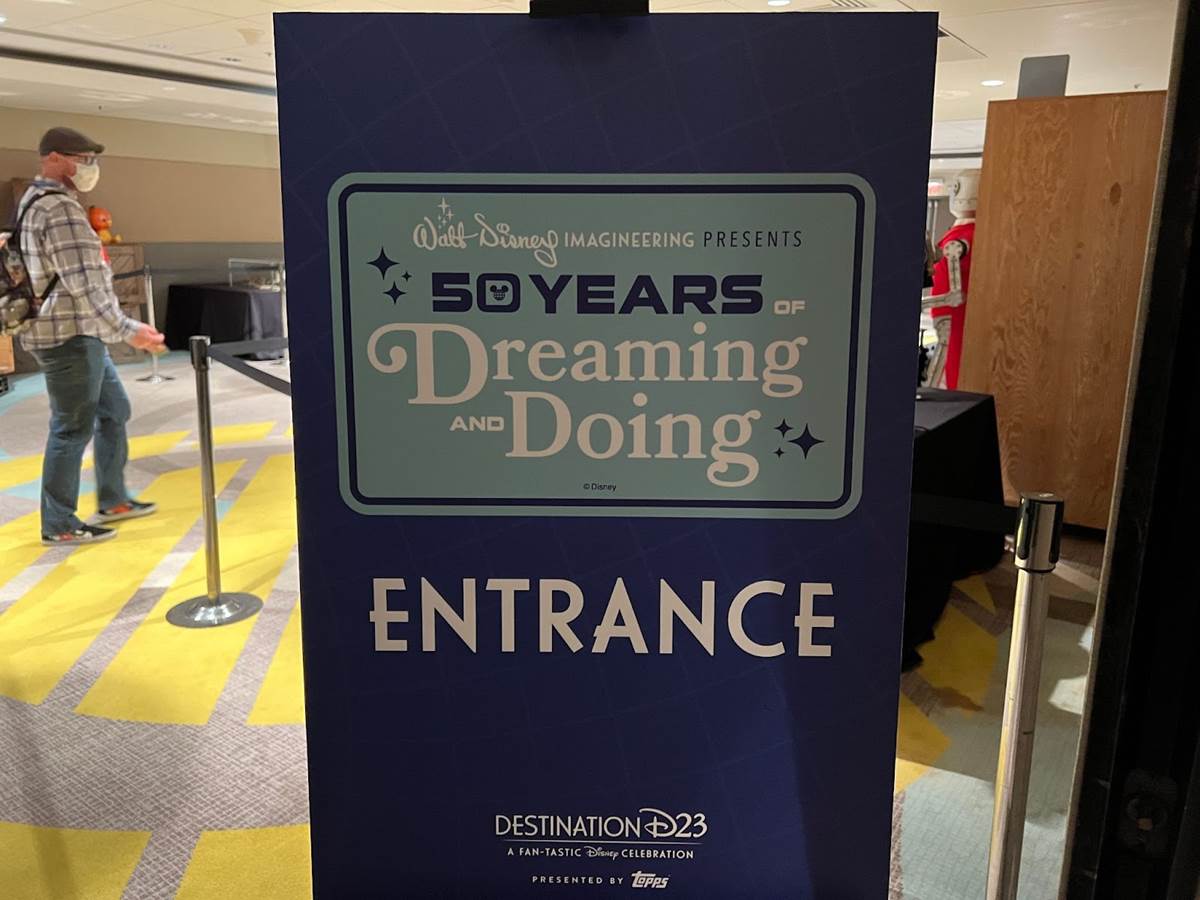 If video tours are more your speed, we have a look around the entire exhibit. A ride vehicle from Star Jets, the former theme of the Astro Orbiter. A model of the upcoming Disney Wish cruise ship. Scale models of a couple of EPCOT World Showcase pavilions, including Canada… Some of the most fun things to see in the exhibit are props and costumes from The Great Movie Ride, one of the Resort’s most recent extinct attractions. This is one of the girls from the Footlight Parade scene. Various hats from the attraction. An utterly fabulous costume from The Diamond Horseshoe Revue. These beautiful golden costumes are from a World Showcase Christmas show from the 1980s. A real left-field inclusion is this costume from the Magical World of Barbie show, which ran at EPCOT in 1994. Concept for the dress. Some real treasures up next, including the Peg Leg Parrot that used to be in front of Pirates of the Caribbean, Figment from the original Journey into Imagination and the Robo-Butler from Horizons. 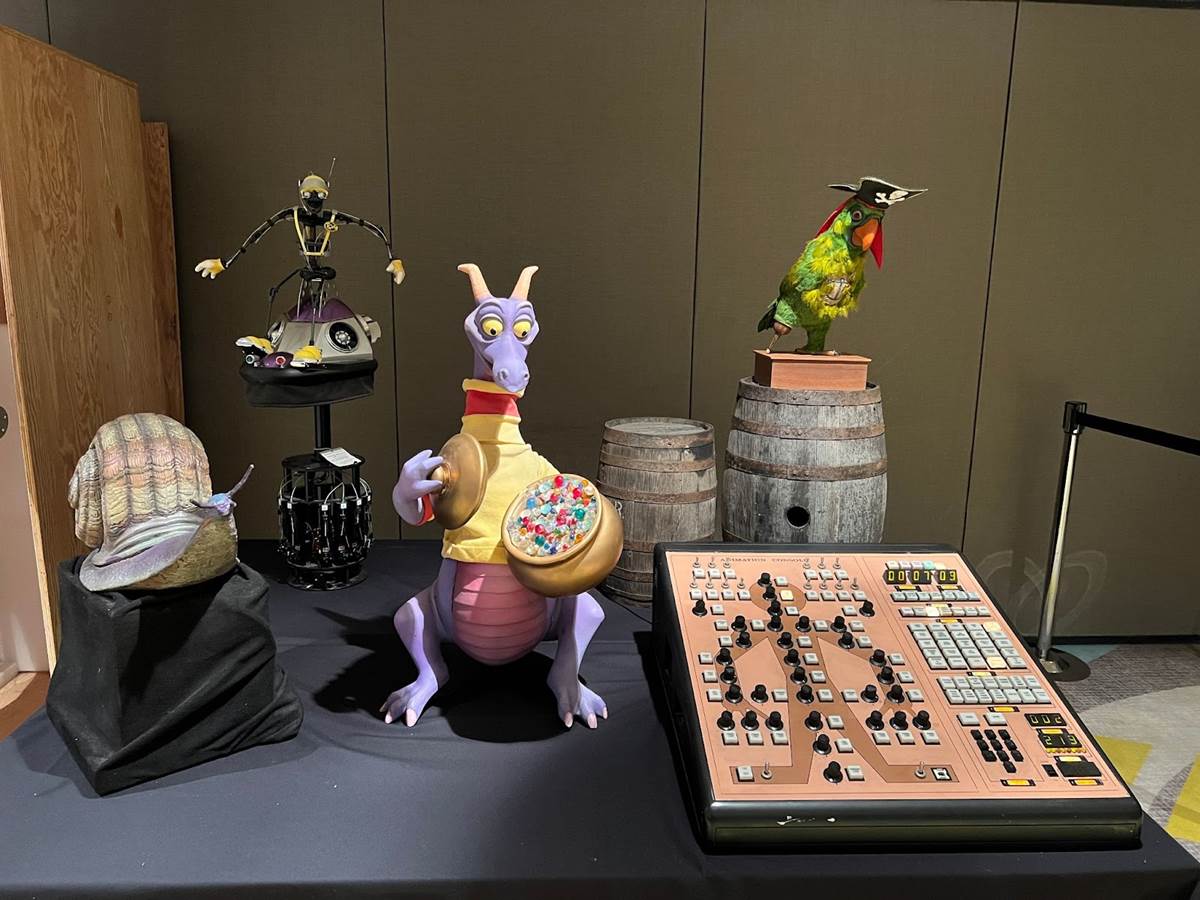 A giant snail from the Universe of Energy. 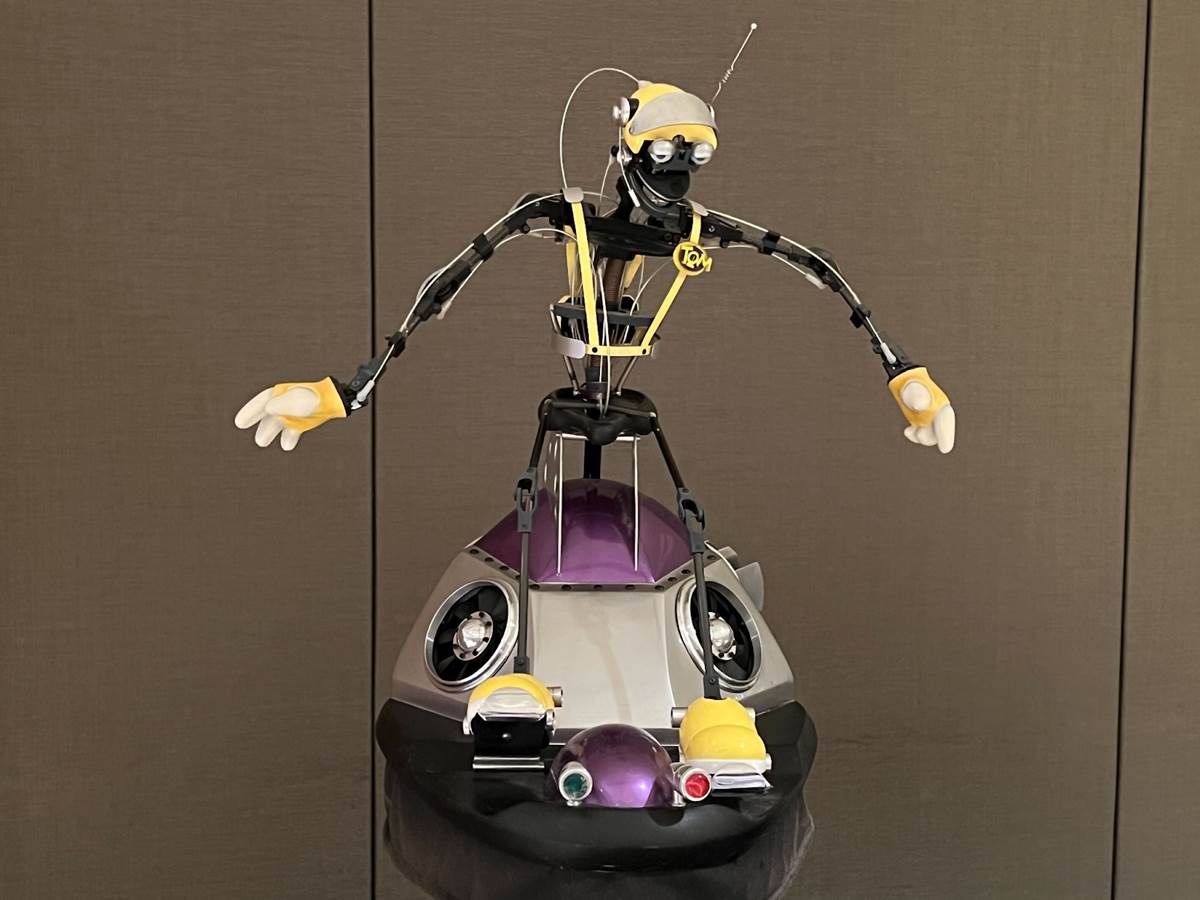 Stay tuned to Laughing Place as there’s much more to come from Destination D23 this weekend!