An all-new photo opportunity advertising the upcoming Disney+ series The Book of Boba Fett popped up today outside the Star Wars Trading Post at the Downtown Disney District. 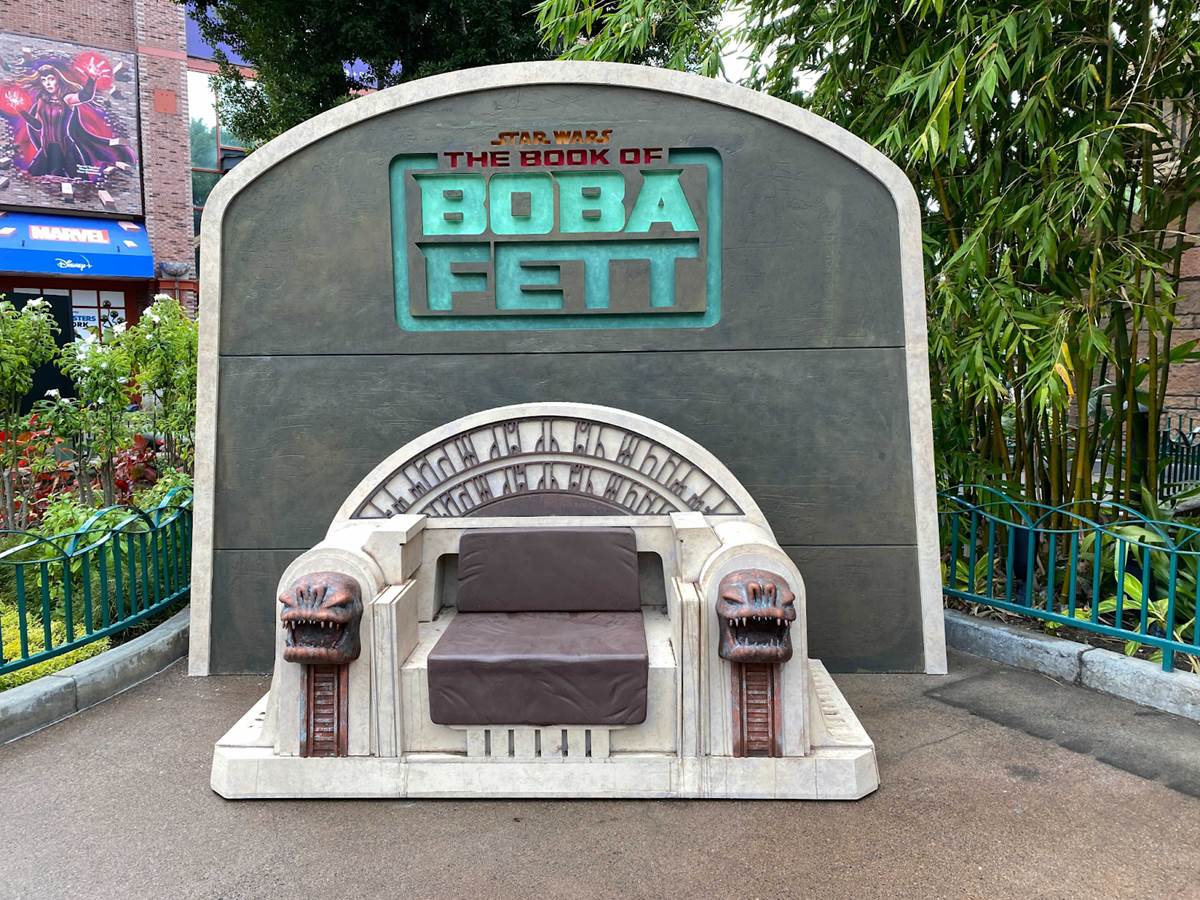 Our own Mike Celestino was able to capture these photos of Boba Fett’s new throne from the upcoming series. The photo-op proved to be quite popular with guests passing by. 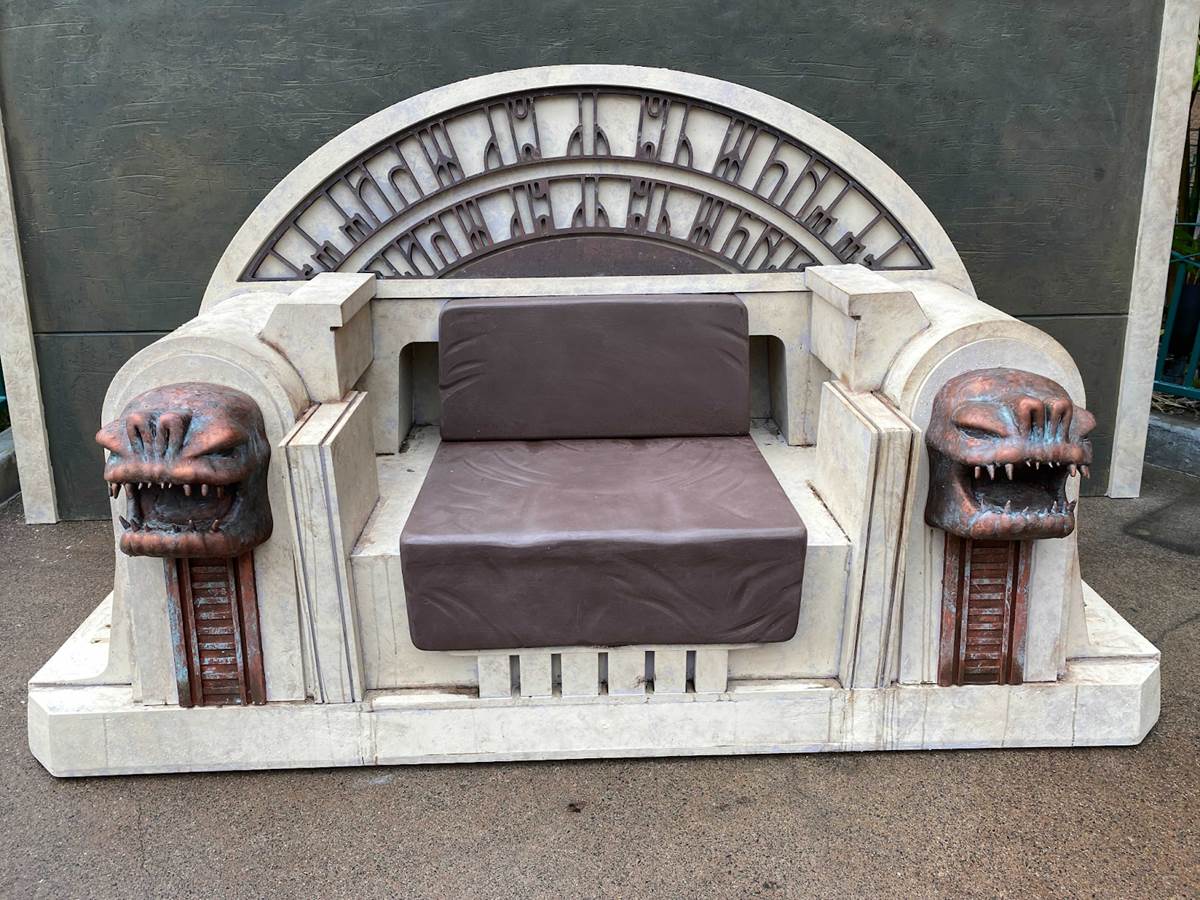 This is, of course, Bib Fortuna’s former throne, that Boba Fett took for himself at the very end of The Mandalorian season 2. 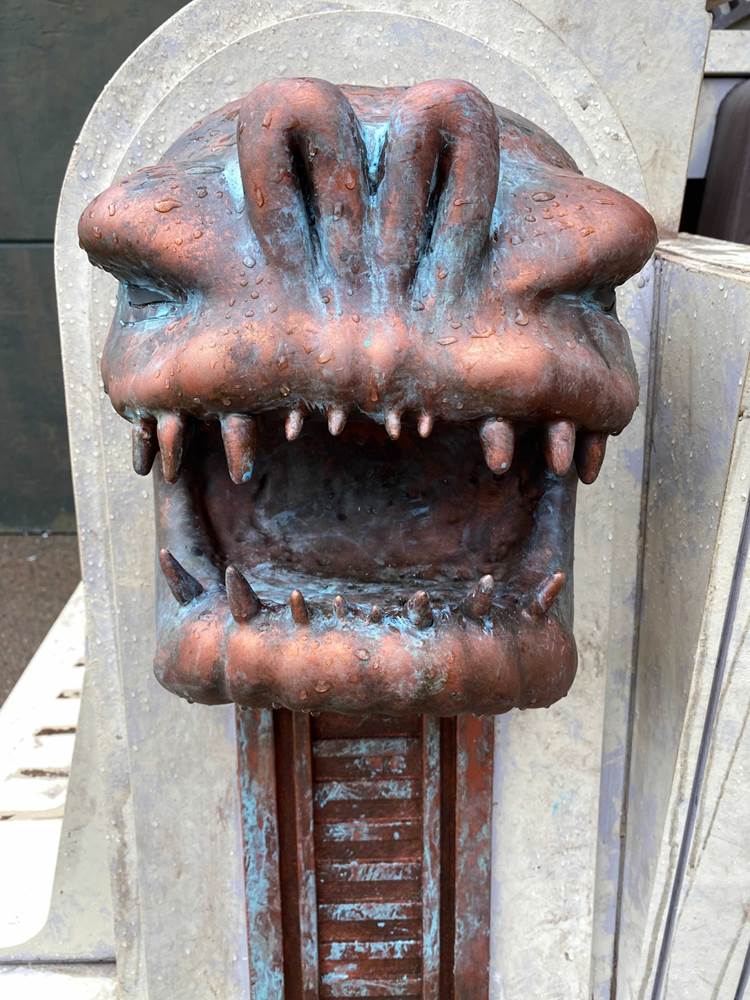 The detail work is quite impressive for a photo-op. 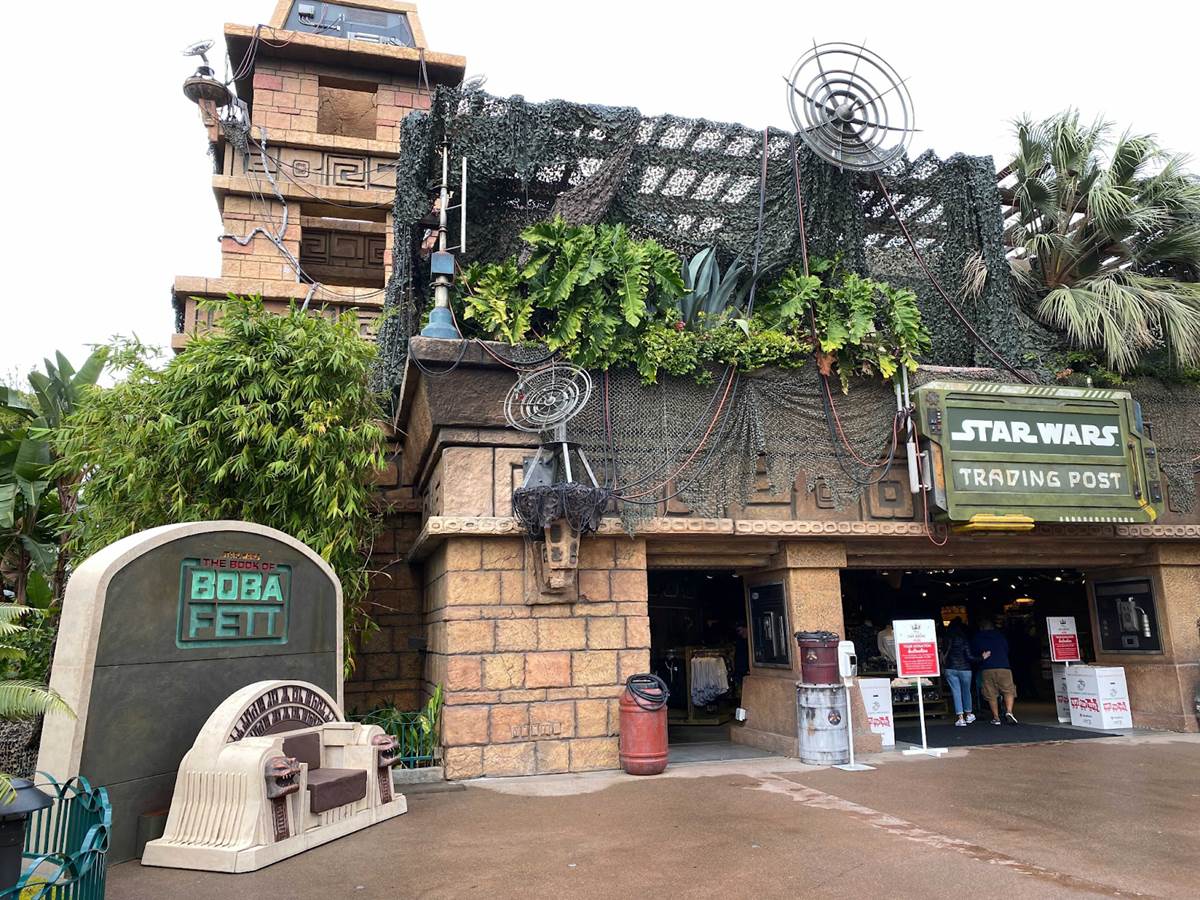 The photo-op is located right outside the Star Wars Trading Post in Downtown Disney at the Disneyland Resort.

There’s also quite a bit of merchandise for The Book of Boba Fett available at the Trading Post:

#TheBookOfBobaFett also has some merchandise inside the store. I feel like that hoodie is going to be popular. #StarWars #DowntownDisney pic.twitter.com/7xHyHqEptZ