Our Time: Baylor Basketball, the third season of the Our Time series exclusively on ESPN+, will premiere Thursday, January 6. The new, 12-episode season, which debuts weekly on Thursdays on “Big 12 Now” on ESPN+, gives fans an unprecedented look behind the scenes of Baylor’s No. 1 men’s and No. 5 women’s basketball teams, two of the most successful college basketball programs in the country. 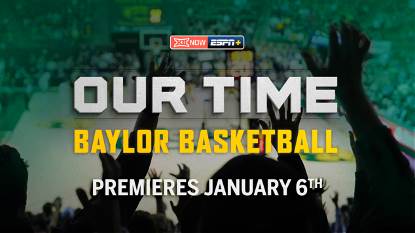