It’s time to ring in the new year and welcome 2022 into our lives. Walt Disney World is a popular destination for New Year’s Eve, in large part due to the nightly fireworks spectaculars that take place at Magic Kingdom and EPCOT. To accommodate as many Guests as possible, the resort actually celebrates New Year’s Eve three nights in a row. Our own Jeremiah Good was on hand at Magic Kingdom for the first performance of Fantasy in the Sky on December 30th, 2021. 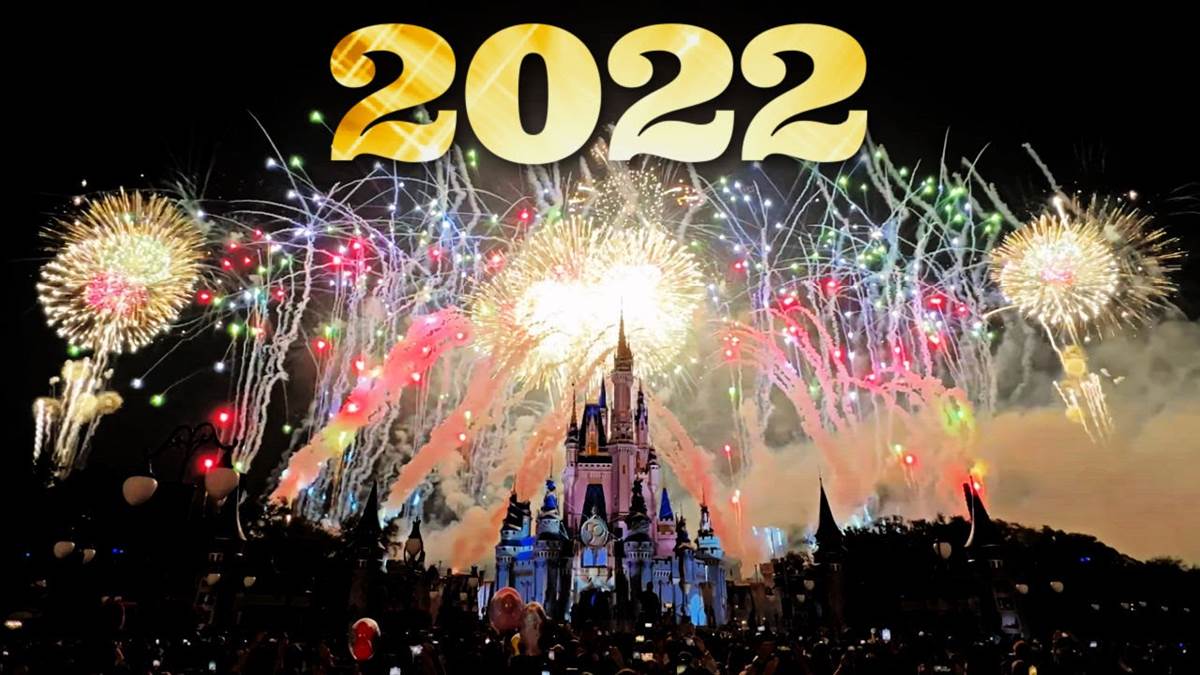 Fantasy in the Sky was the original fireworks show when Magic Kingdom opened in 1971 and it ran until 2003. With Walt Disney World celebrating its golden anniversary, this also marks the 50th anniversary of these fireworks at the resort, although the show predates the opening of Walt Disney World. Fantasy in the Sky debuted at Disneyland in 1958 with Walt Disney’s personal touch on the show. The music is centered around the Disney anthem from Pinocchio, “When You Wish Upon a Star,” a tradition that continues to this day in most Disney fireworks shows. With Tinker Bell’s flight as a major draw of the show, it also incorporates several songs from Peter Pan, including “You Can Fly! You Can Fly! You Can Fly!” The show was updated over the years and the version that plays today incorporates some songs from films of the 1990s, including “Part of Your World” from The Little Mermaid and “A Whole New World” from Aladdin.

This performance marks the first time Fantasy in the Sky has been seen at Walt Disney World since before the pandemic. The resort didn’t resume fireworks presentations until July 1st, 2021, just in time for Independence Day. Although Fantasy in the Sky retired in 2003, it has been brought back annually for New Year’s Eve with a countdown to the new year finale.

Happy New Year from your friends at Laughing Place.