There are many references to the life of Walt Disney and his travels at Disneyland Paris, but did you know that tributes are paid to other members of his family throughout the parks as well? 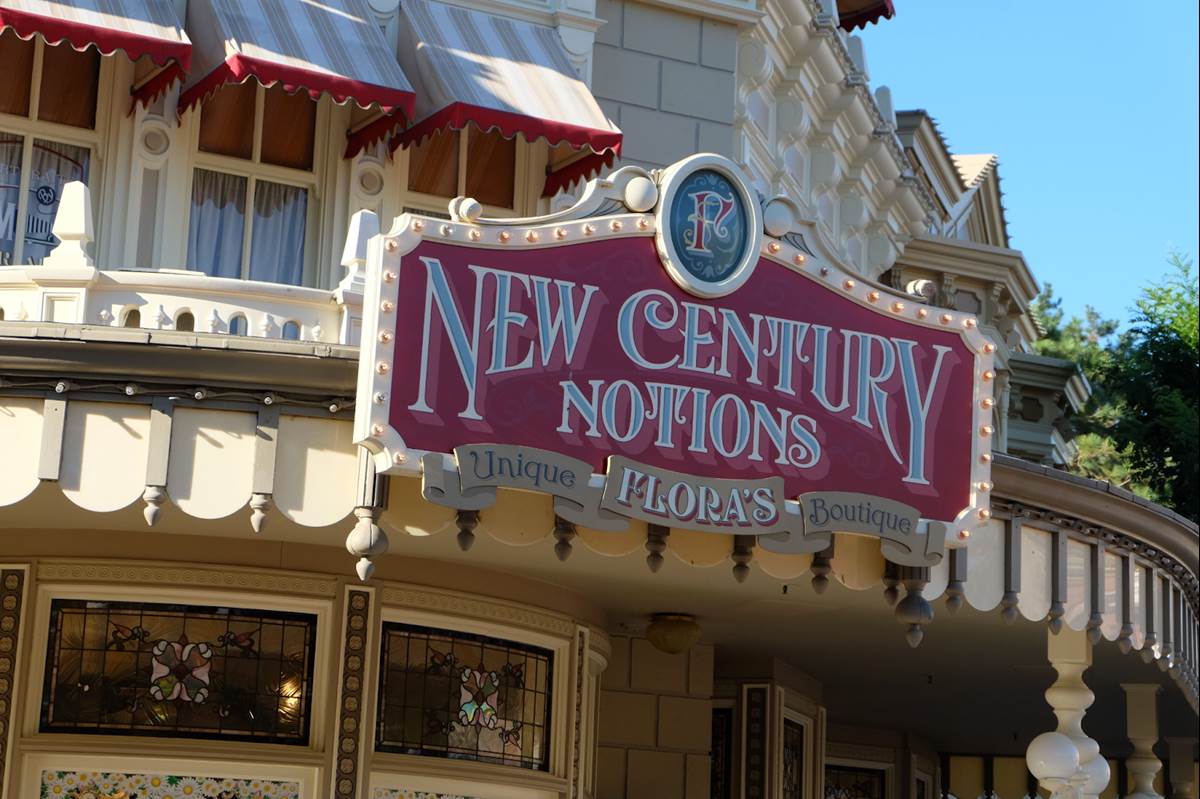 Just opposite Emporium, on Main Street, U.S.A. is New Century Notions – Flora’s Unique Boutique owes its success to its owner’s talent for finding new and rare objects from all over France, in memory of her family history. But Flora was also the name of Walt's mother. According to the beautiful mosaic on the floor at the entrance of the shop, it was founded in 1888; but another equally symbolic event lies behind that one as it was in fact the year Flora Call married Elias Disney. 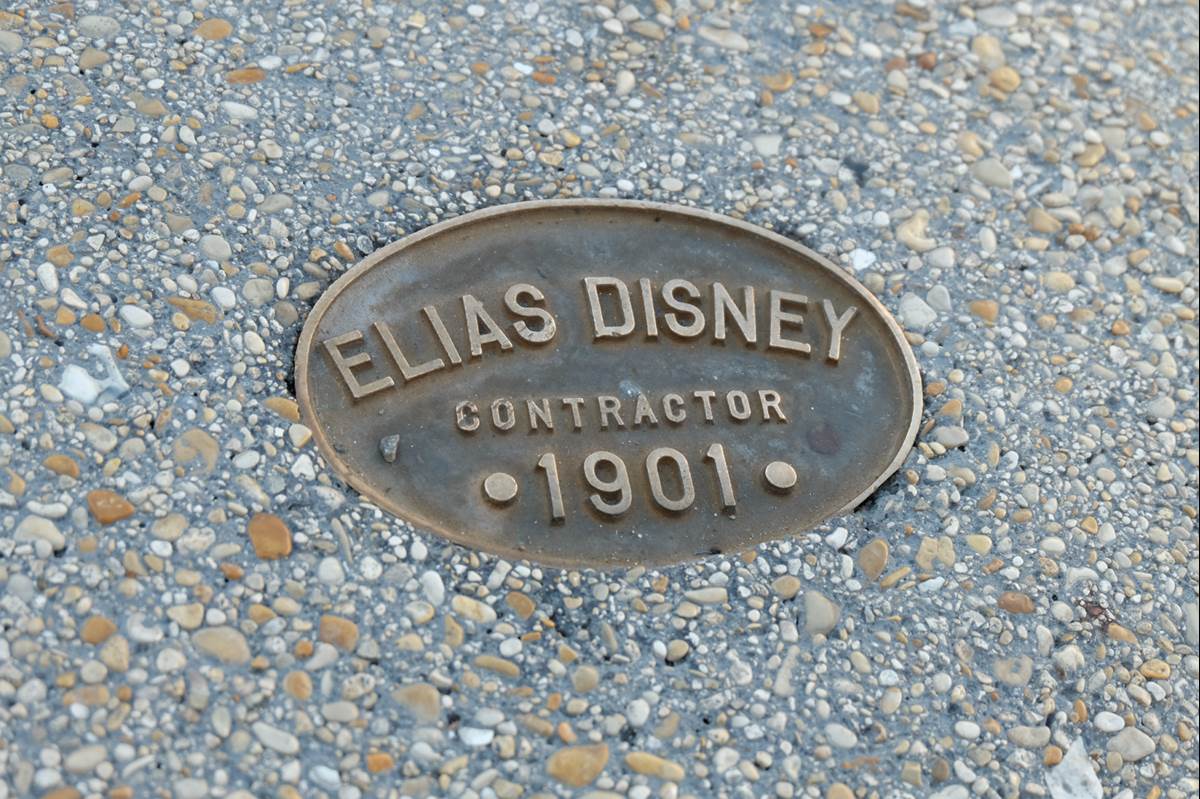 References to Walt’s father, Elias Disney, are made on metal plaques that are embedded in the ground of Main Street. There he is described as a building contractor, which was one of his many trades. This reference echoes the one chosen by Walt for one of the windows on Main Street, U.S.A. at Disneyland Resort, which he dedicated to his father at the opening of the California Park in 1955. Lillian, Walt’s wife, is honored at Lilly’s Boutique. The refined decor of this houseware shop is inspired by Lillian's tastes, with porcelain crockery and many photos of the Disney couple. These particularly moving images recall memories of their trips to Switzerland and France, or their thirtieth wedding anniversary, which they celebrated on 13 July 1955 at Disneyland’s Golden Horseshoe Saloon, just days before the park officially opened. 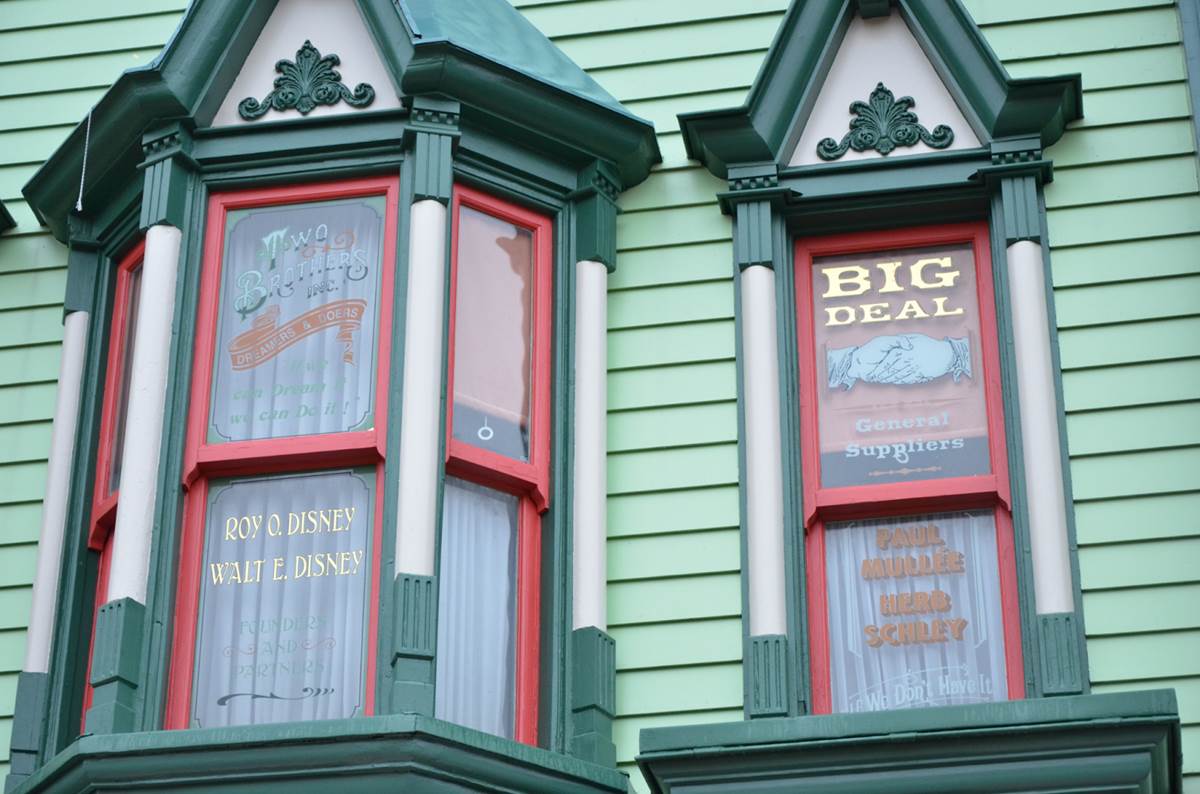 Roy Oliver Disney, one of Walt's older brothers, is undoubtedly the family member who played the biggest role in developing his younger brother's dream and keeping it alive, both in the film and theme park industry. He was responsible for building Walt Disney World Resort in Florida in 1971, thus continuing his brother's latest project. At Disneyland Paris, his name and date of birth (June 24, 1893) can be found at the top of the building housing Disney & Co.