Guardians of the Galaxy: Cosmic Rewind continues to take shape at EPCOT at Walt Disney World, and now the exterior of the building is starting to look like what we’ve seen in the concept art with the addition of the new Nova Corps Star Blaster.

Once complete, this ship will be the signature icon of the Wonders of Xandar pavilion and immediately establish the Xandarian storyline guests will discover inside this new attraction. Plus, the bold blue and gold colors will make this a stunning new addition to World Discovery. 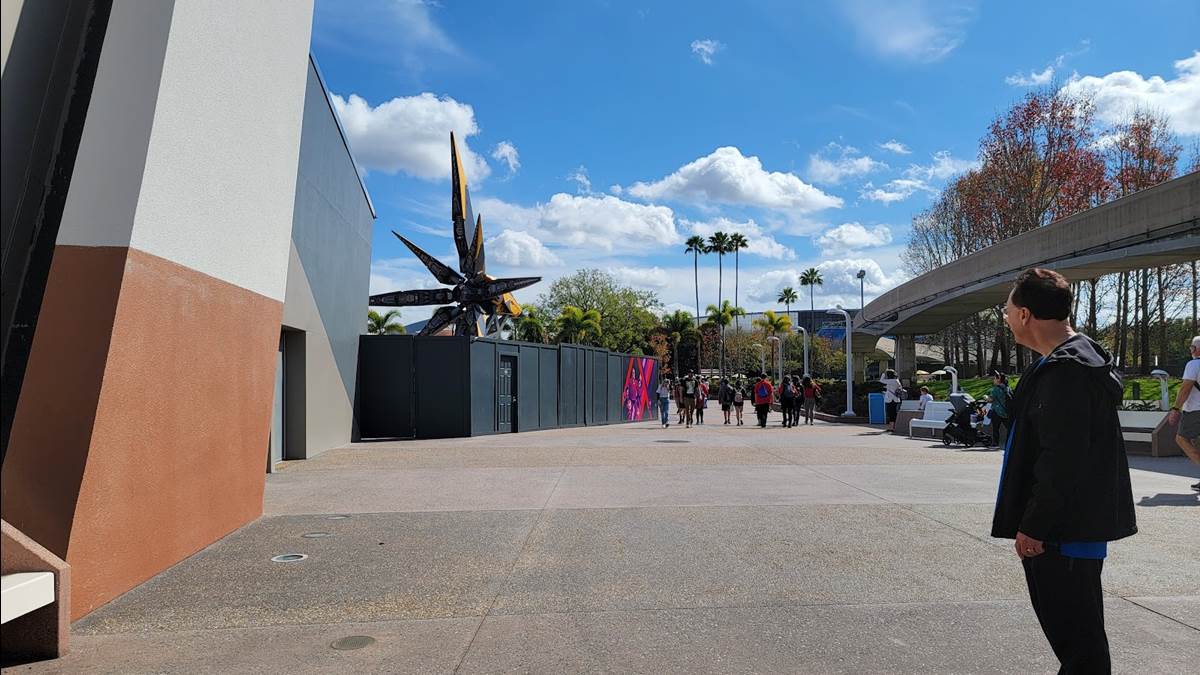 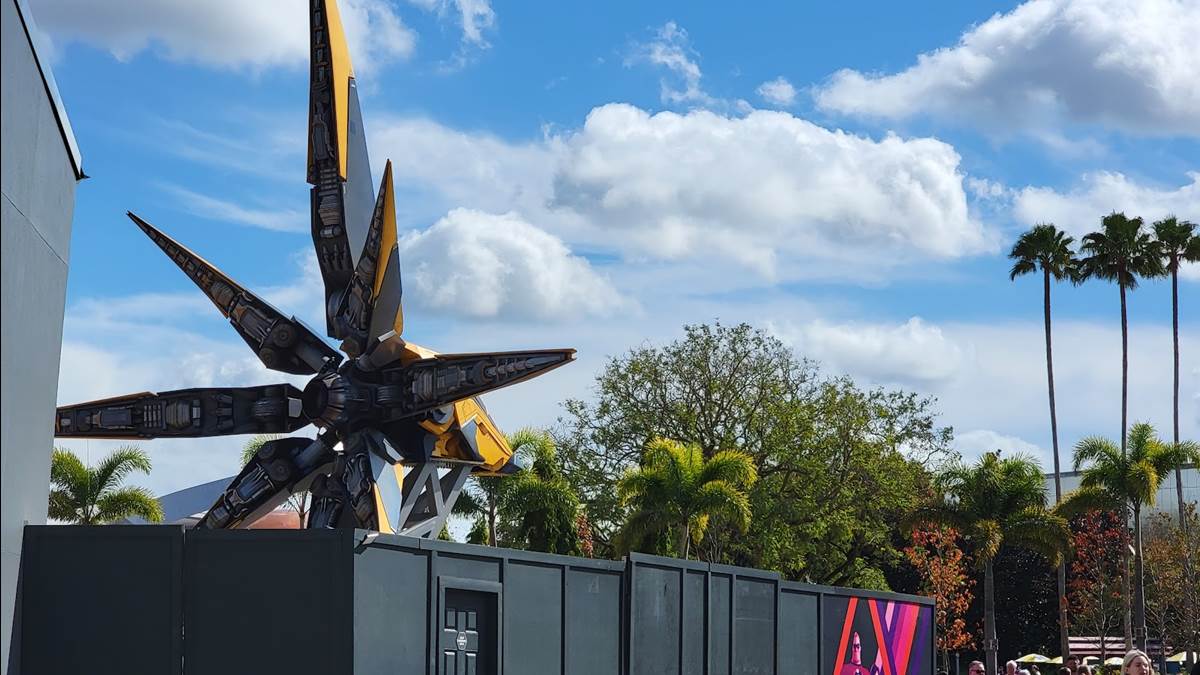 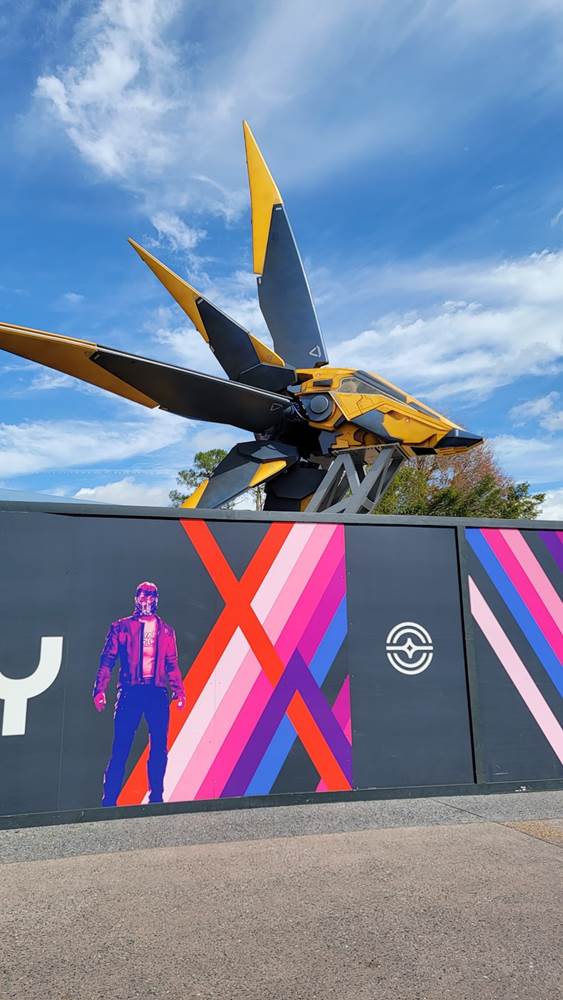 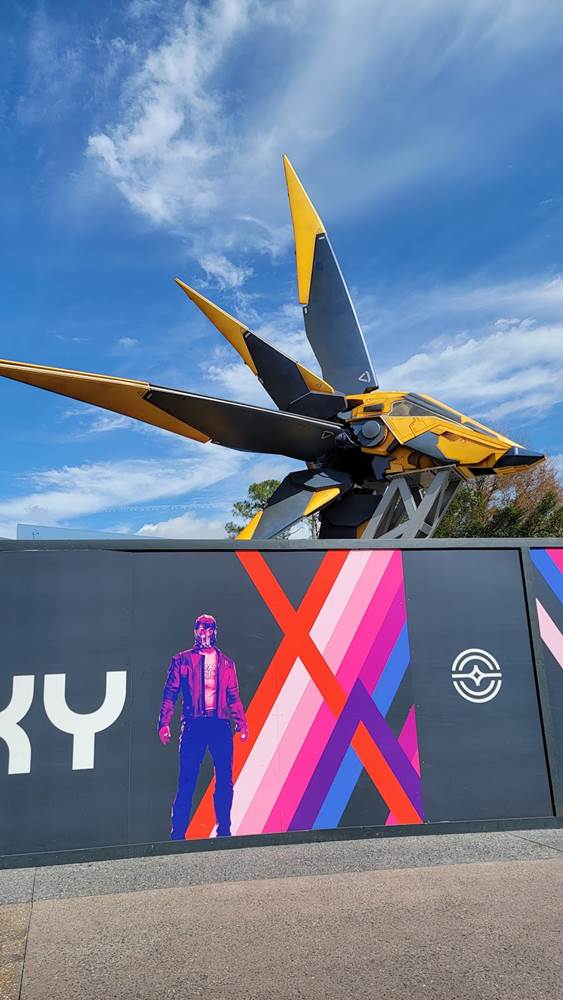 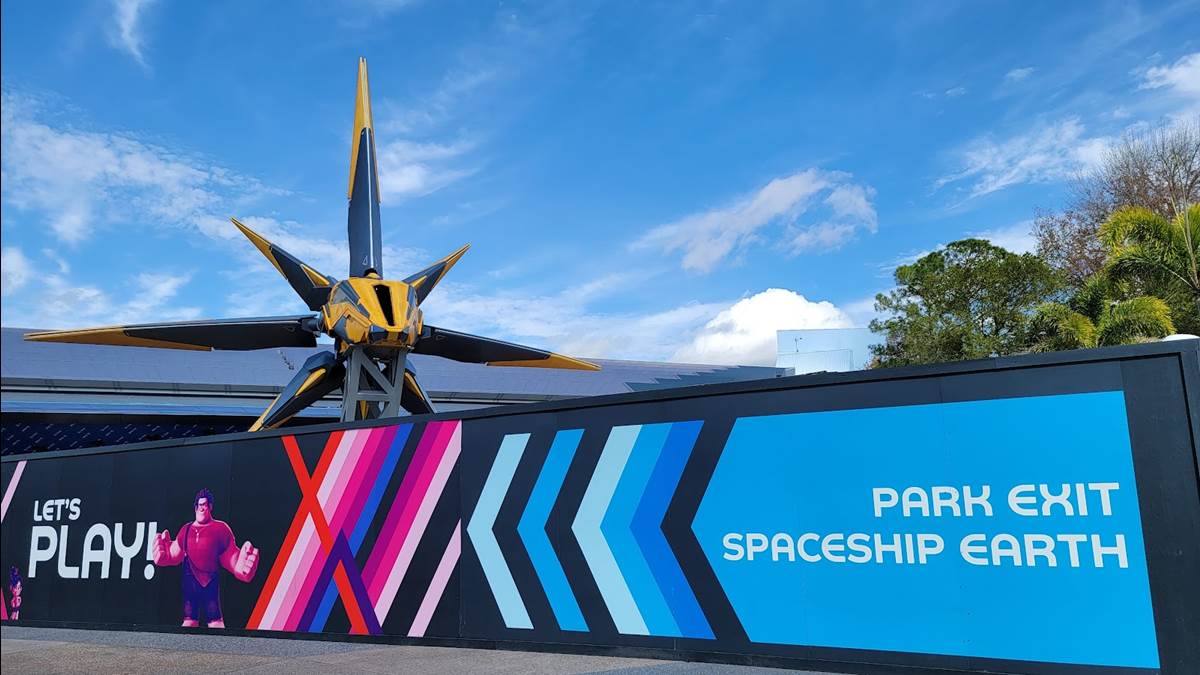 Elsewhere on the building, the Nova Corps logo has been installed on the facade, and the star in the logo will be seen throughout, including the architecture of the building, ships on display, and likely cast member uniforms. 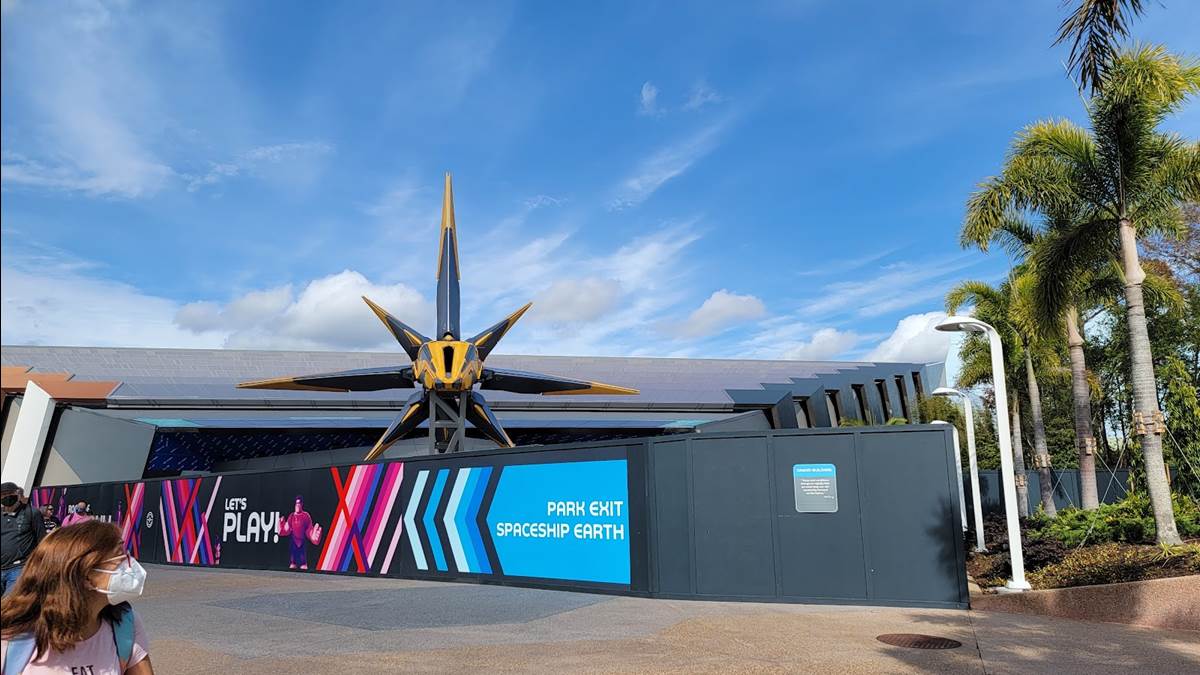 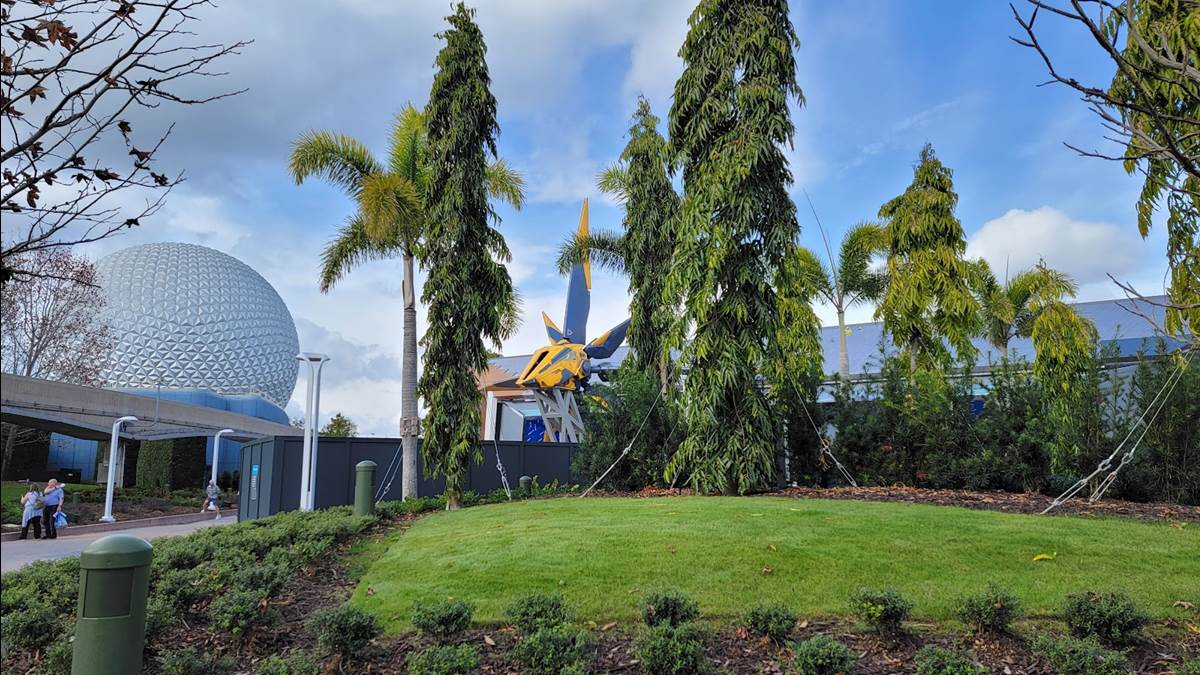 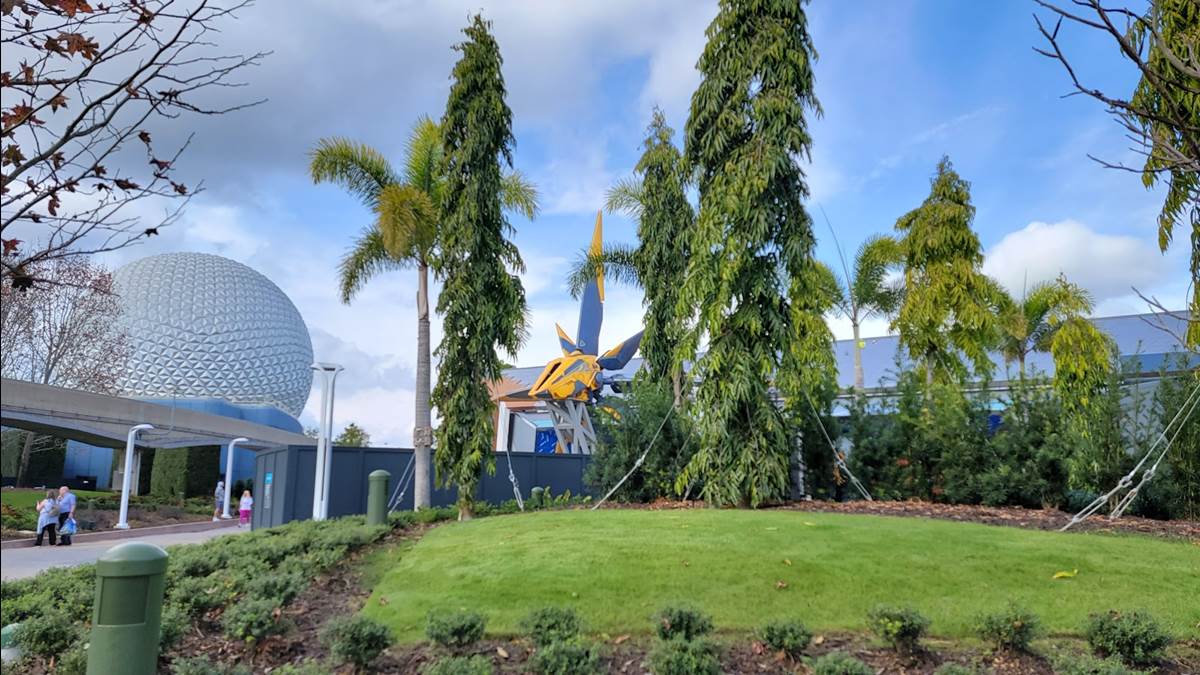 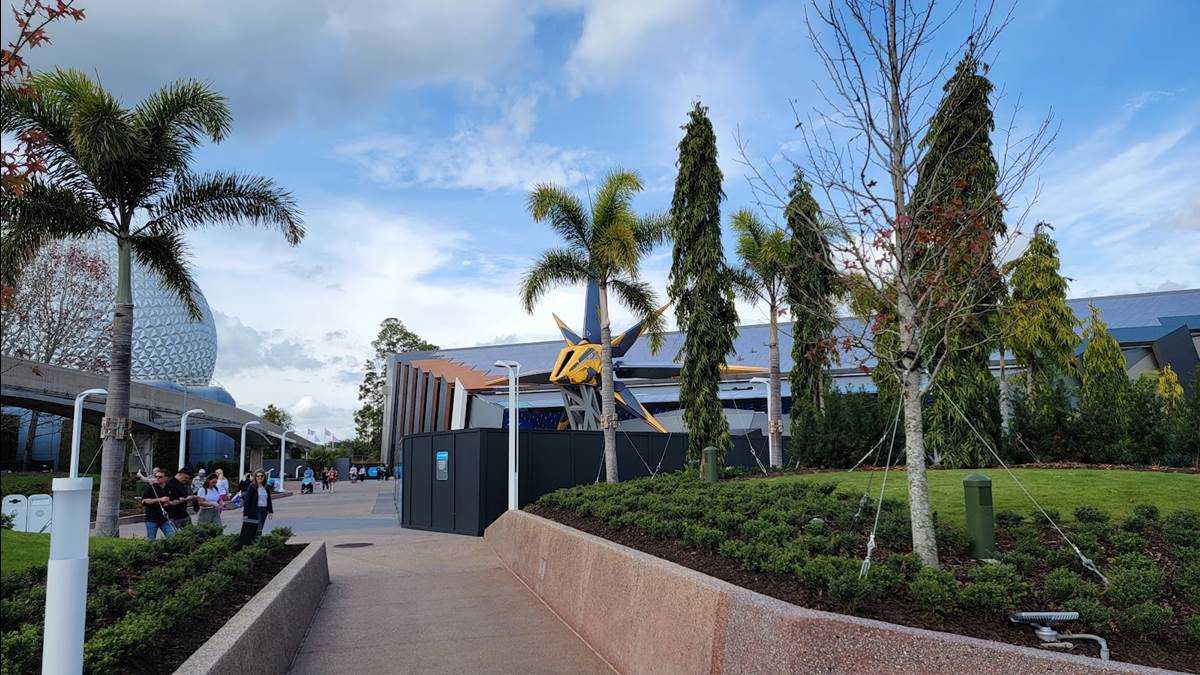 Earlier today, Walt Disney Imagineering Show Set Designer Kevin Doxey showcased a look behind the construction walls at the installation of the Nova Corps Starblaster in front of the new attraction.

Guardians of the Galaxy: Cosmic Rewind is set to open later this Summer. No specific date has been announced at this time.