ESPN is set to produce their first NBA game broadcast on a National scale led by all women on camera and in pivotal behind the scenes roles for the marquee Utah Jazz vs. Golden State Warriors game on February 9th. 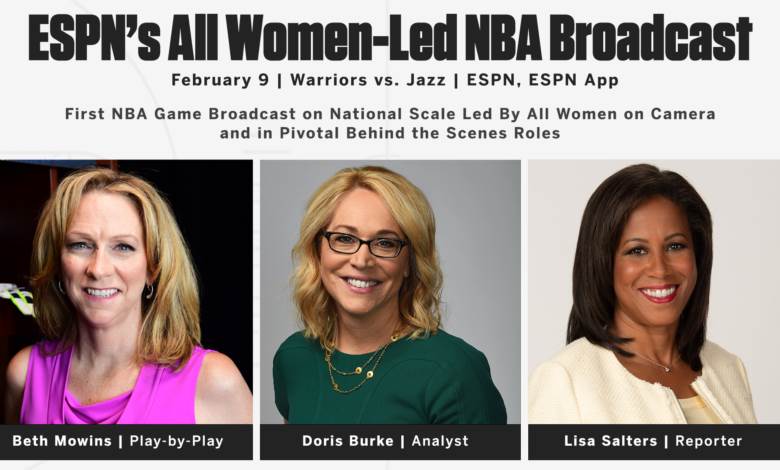