While pictures of progress on an indoor coaster-style attraction are hard to get sometimes, we still are able to notice a lot of progress on the exterior of Tron Lightcycle / Run as we get nearer to the still, as yet unannounced opening date for the headlining new attraction. 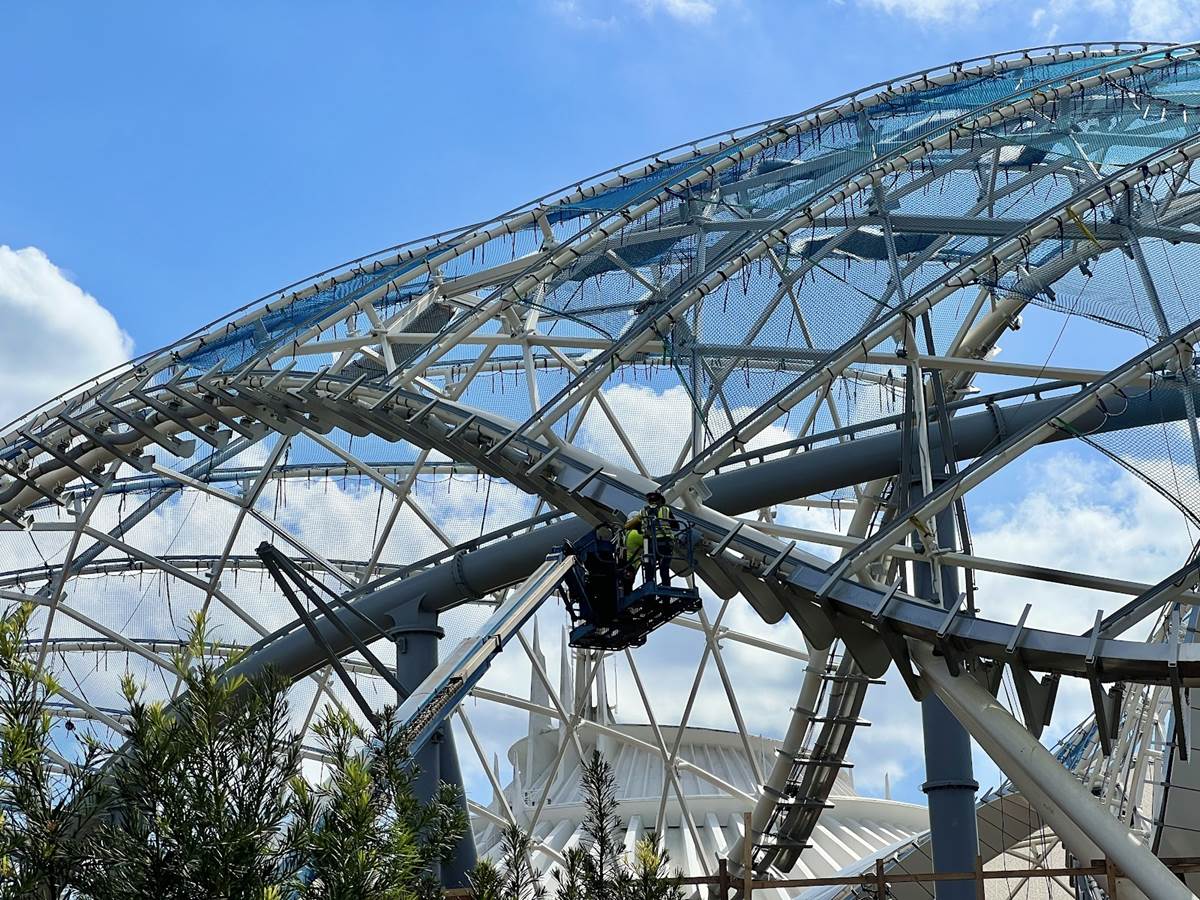 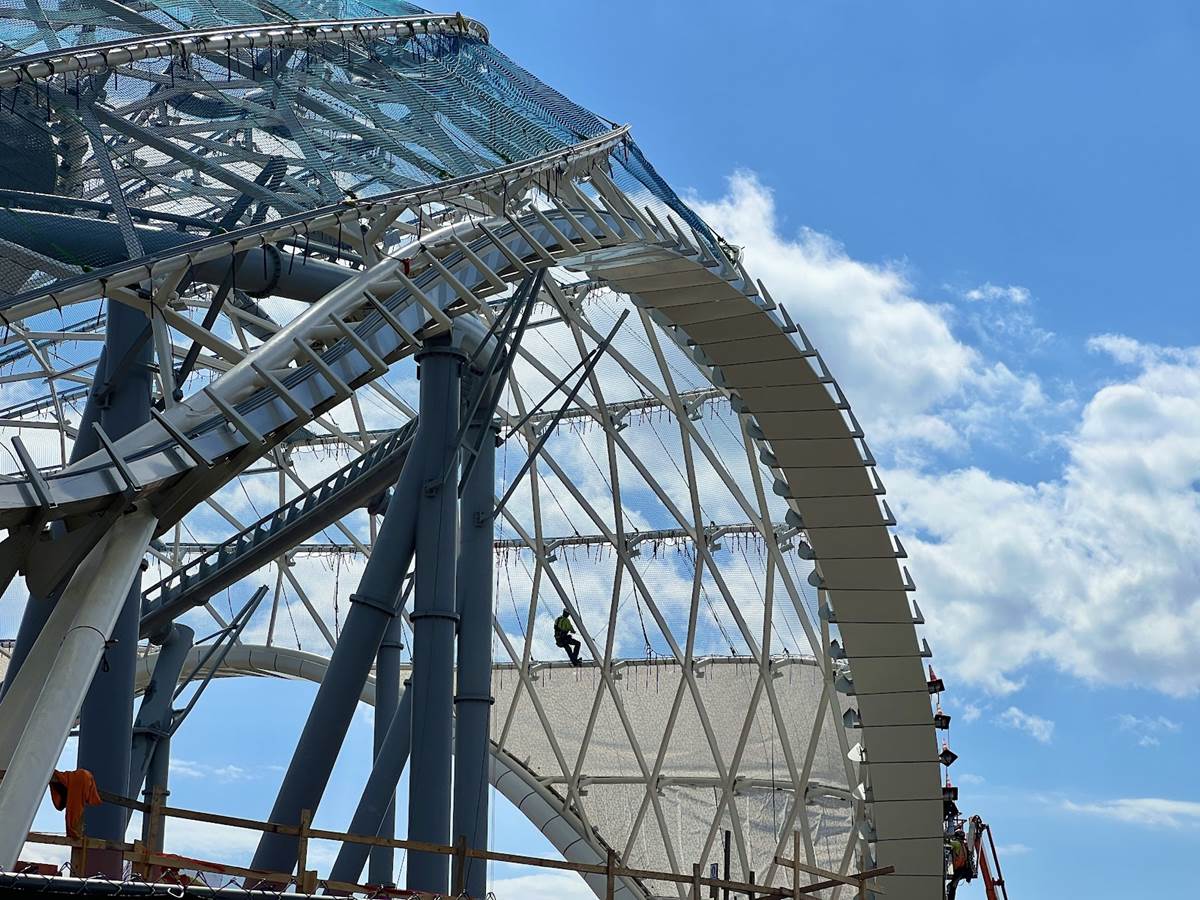 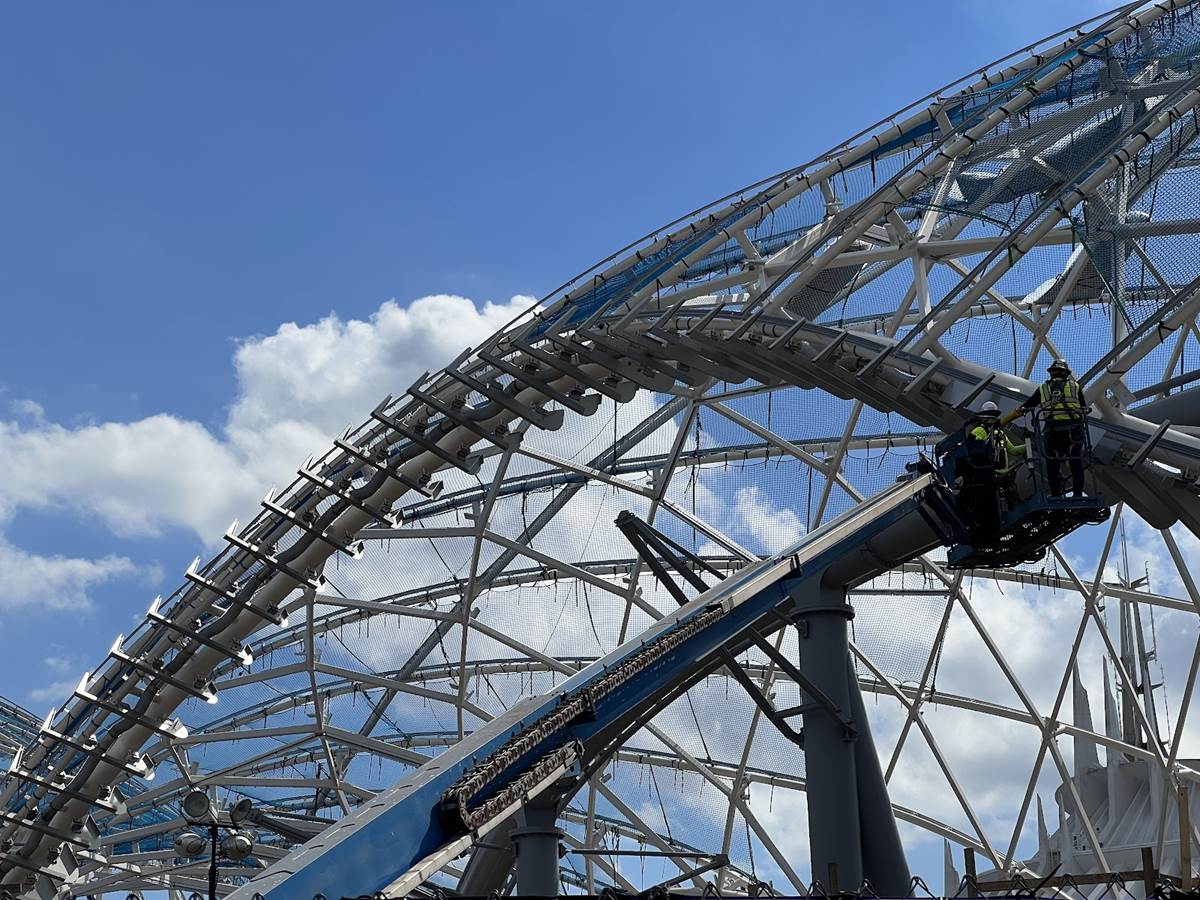 Construction continues on the highly anticipated North American debut of TRON Lightcycle / Run at Walt Disney World’s Magic Kingdom.While in the Storybook Circus area of the park, we are able to catch the usual glimpses of the ride track and show building that will house the bulk of the coaster experience.

Blue netting continues to make up the canopy of the exterior portion of the attraction, soon to be replaced with a more permanent structure similar to what appears on the attraction at Shanghai Disneyland.

When the attraction opens, guests will be able to climb aboard their own Lightcycle and hold on as they are swept into the computer world of TRON, beginning a race that will be unlike any other. TRON Lightcycle / Run is reported to be nearly identical to the coaster that debuted in Shanghai Disneyland when that park opened. That version of the attraction has remained extremely popular with park guests, and is a big hit with fans from all over the world. 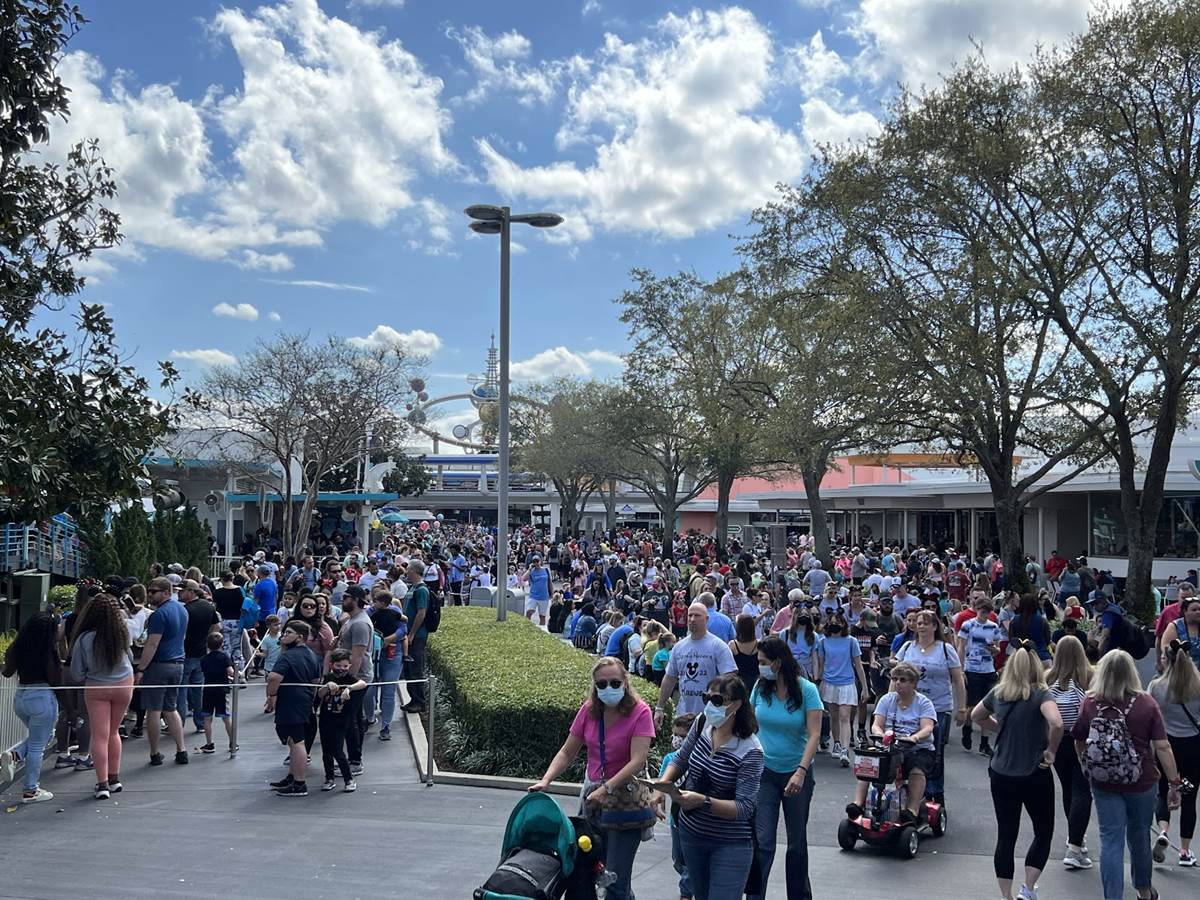 No official opening date has been announced for Tron Lightcycle / Run at Magic Kingdom, and a lack of mention of it during recent Christmas media events, commercials, and the slew announcements from the Destination D23 cause many to believe it will not be open in time to celebrate Walt Disney World’s 50th Anniversary as originally intended, though it does appear on some 50th Anniversary Merchandise. Only time will tell.