Hundreds of Disney VoluntEARS gathered this weekend at Lake Eola Park in Downtown Orlando for “Paws in the Park”, raising more than $12,000 for the Pet Alliance of Greater Orlando and claiming the title of top fundraising team. 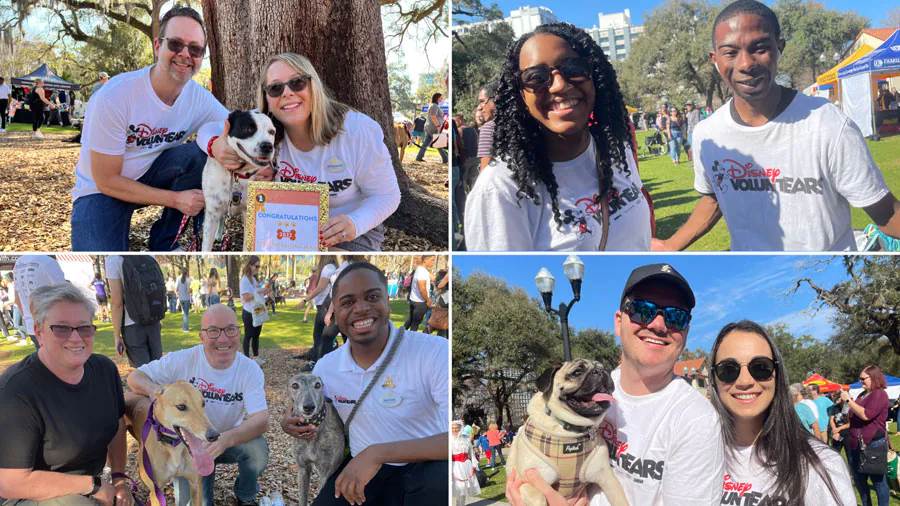 Funds raised at this year’s event will go toward helping the organization rebuild a new animal shelter, find permanent homes for animals in need and support the organization’s existing family programs, including low-cost veterinary care, pet behavioral consultation, and animal intake at its remaining shelters. Walt Disney World has supported “Paws in the Park” for more than two decades with Disney VoluntEARS inviting their friends, families, and loyal companions to join in the “dog-gone” fun and support local pets in need.

“Paws in the Park” is another example of Disney’s commitment to the local community during the 50th Anniversary celebration, which was kicked off with $3 million in grants to six nonprofit organizations across Central Florida.