Disney California Adventure has unveiled a new plaque honoring the legacy of the late great Disney Legend Stan Lee right at the entrance to Avengers Campus. 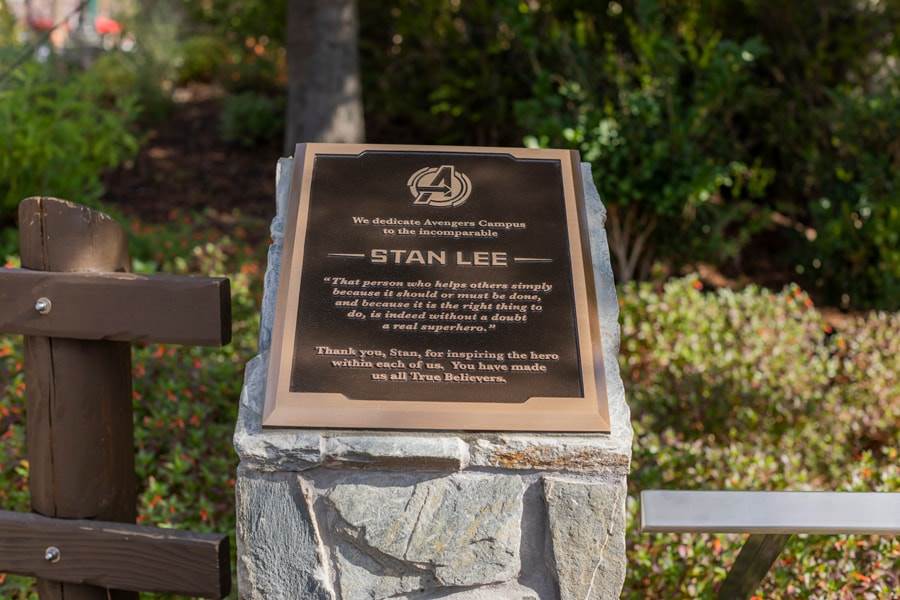 We dedicate Avengers Campus to the incomparable Stan Lee.

“That person who helps others simply because it should or must be done, and because it is the right thing to do, is indeed without a doubt a real superhero.”

Thank you, Stan, for inspiring the hero within each of us. You have made us all True Believers.