The new recording for the Star Wars Legends title Wedge’s Gamble by Michael A. Stackpole is now on sale! Marc Thompson brings his voice to the second book in the legendary series featuring the pilots of Rogue Squadron. 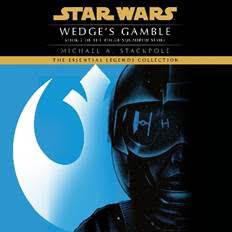