ESPN and ESPN+ will each carry an international game during the 2022 NFL season. This is the first ever exclusive NFL game on ESPN+ and the return of Monday Night Football to Mexico City. 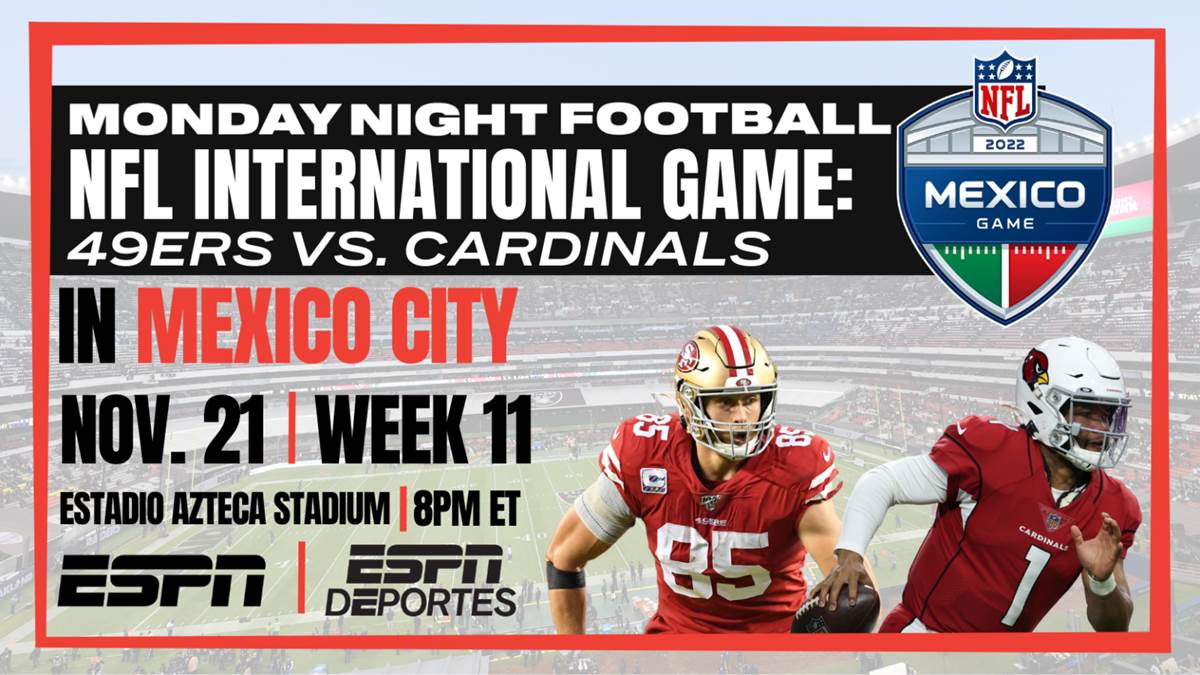