At Disneyland Paris, they are celebrating their 30th anniversary. Mickey used his magic to light up the Eiffel Tower for the special celebration. 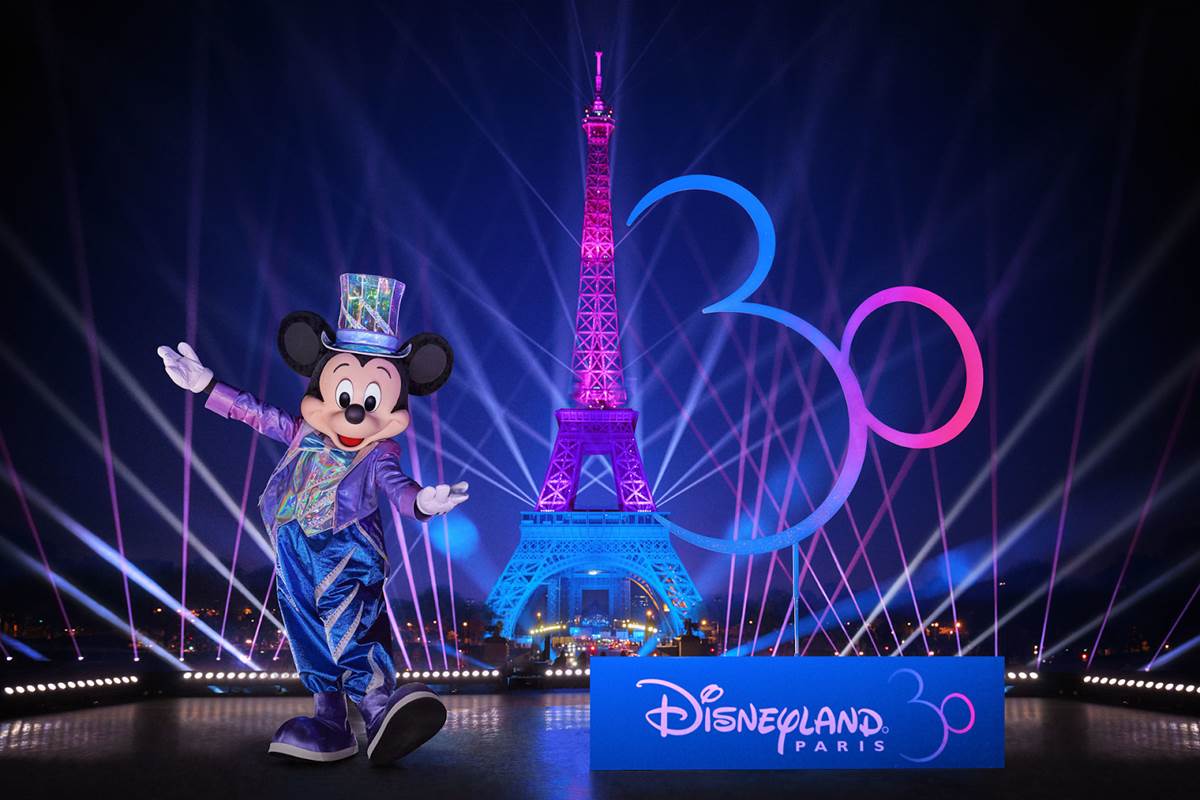