Good Morning America has announced that co-anchor Michael Strahan will head to Iceland for two days on the latest journey of the Extraordinary Earth series. 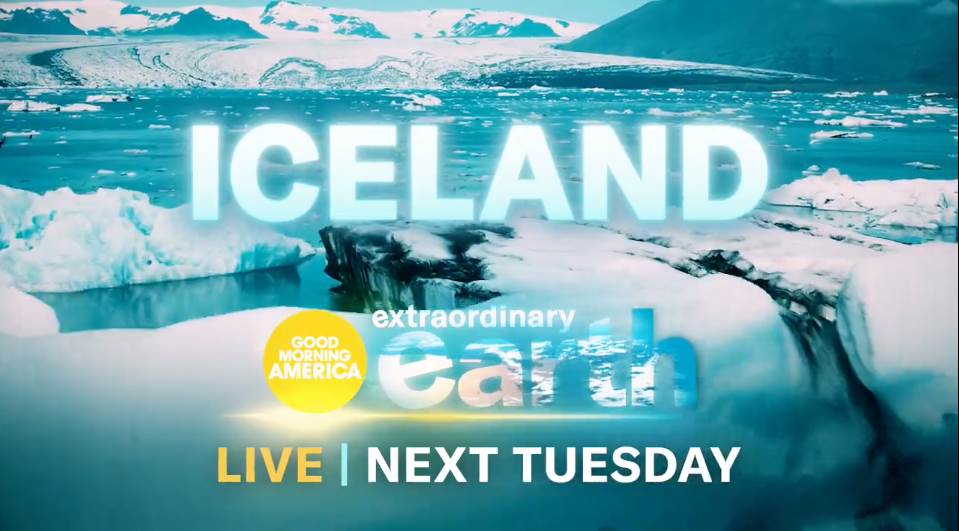 LIVE NEXT TUESDAY: @michaelstrahan heads to the land of fire and ice — ICELAND!