Sage Steele was struck by a golf ball Thursday at the PGA Championship. She has now released a statement, according to ESPN PR’s Twitter. 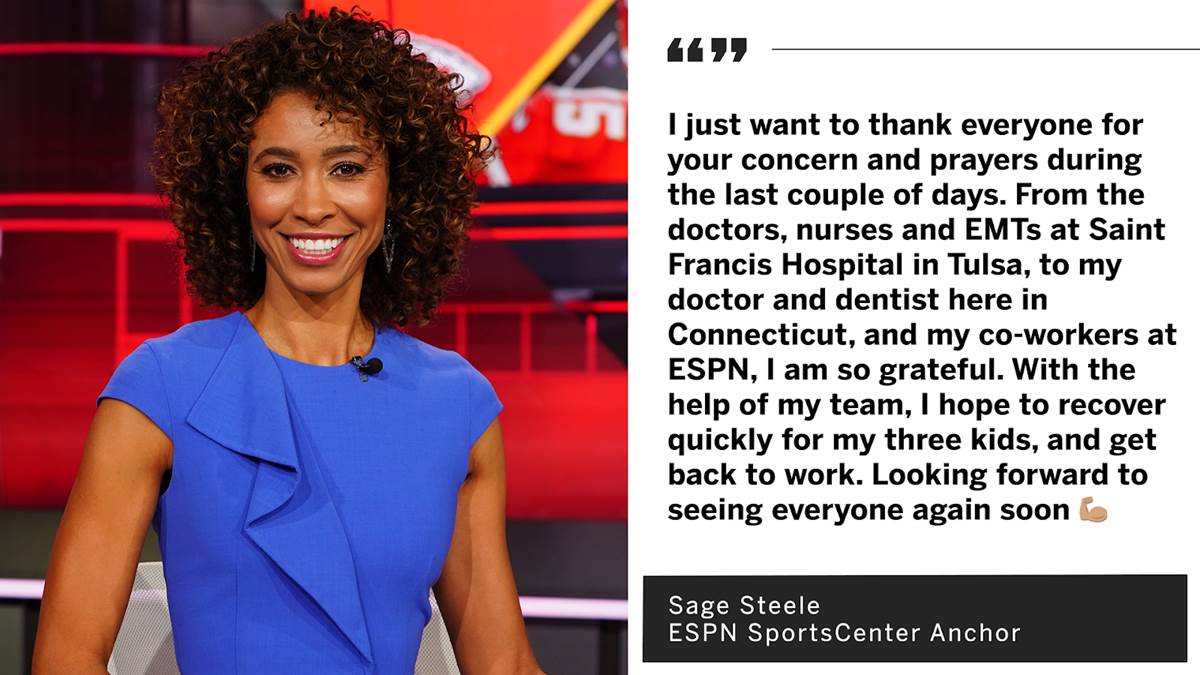