Today at the Hollywood Plaza on Orlando’s International Drive, Walt Disney World opened up a brand-new store with merchandise, ticket sales, and, for the first time ever, an interactive Disney Vacation Club Virtual Discovery Station. We had a chance to check this new location out, and have the following photos to share with you. 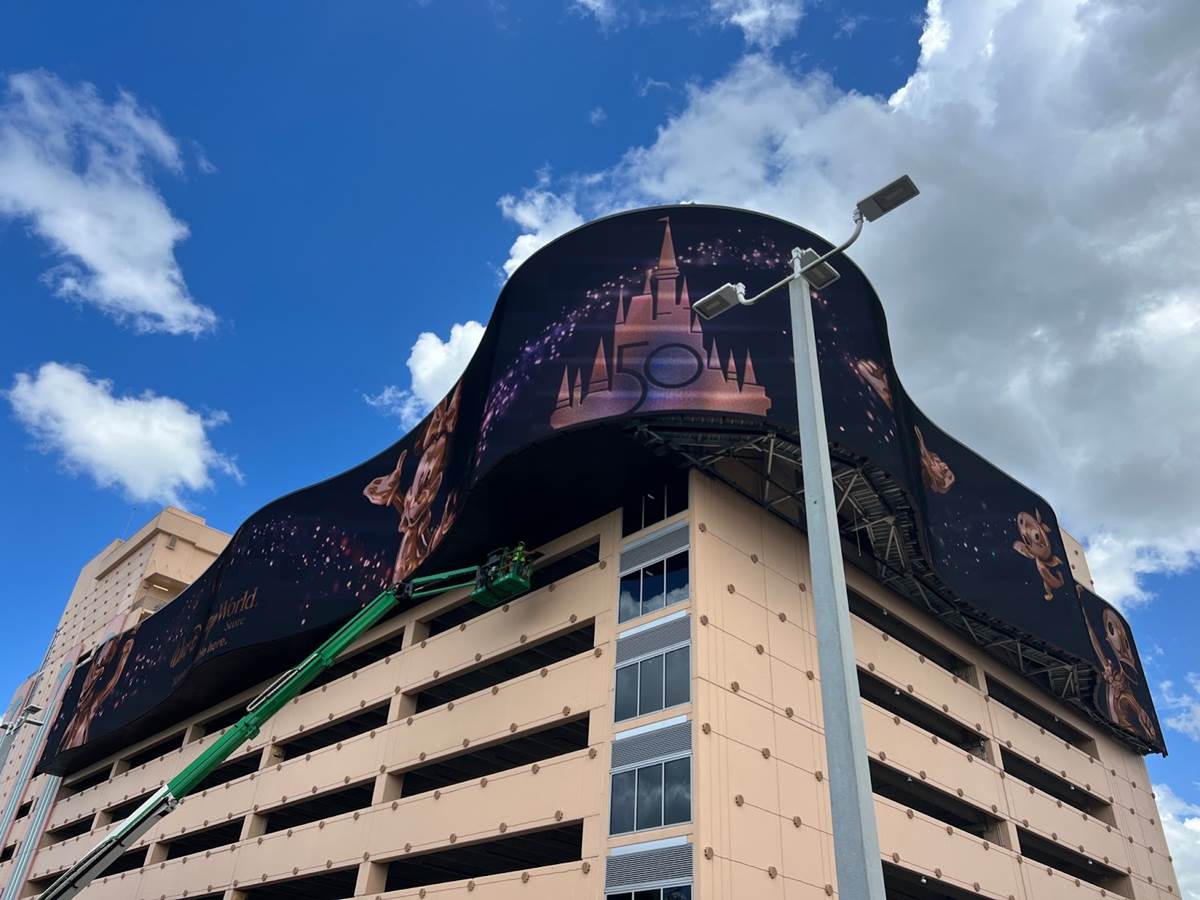 The Hollywood Plaza Garage has been wrapped in a giant screen, serving as an advertisement for Walt Disney World and the 50th anniversary celebrations. Mickey, Minnie, and other Fab 50 golden sculptures come to life in a ribbon-like Disney art display.

Here’s a video look at the display in action: Here’s the entrance to the new store on the ground level of the garage. 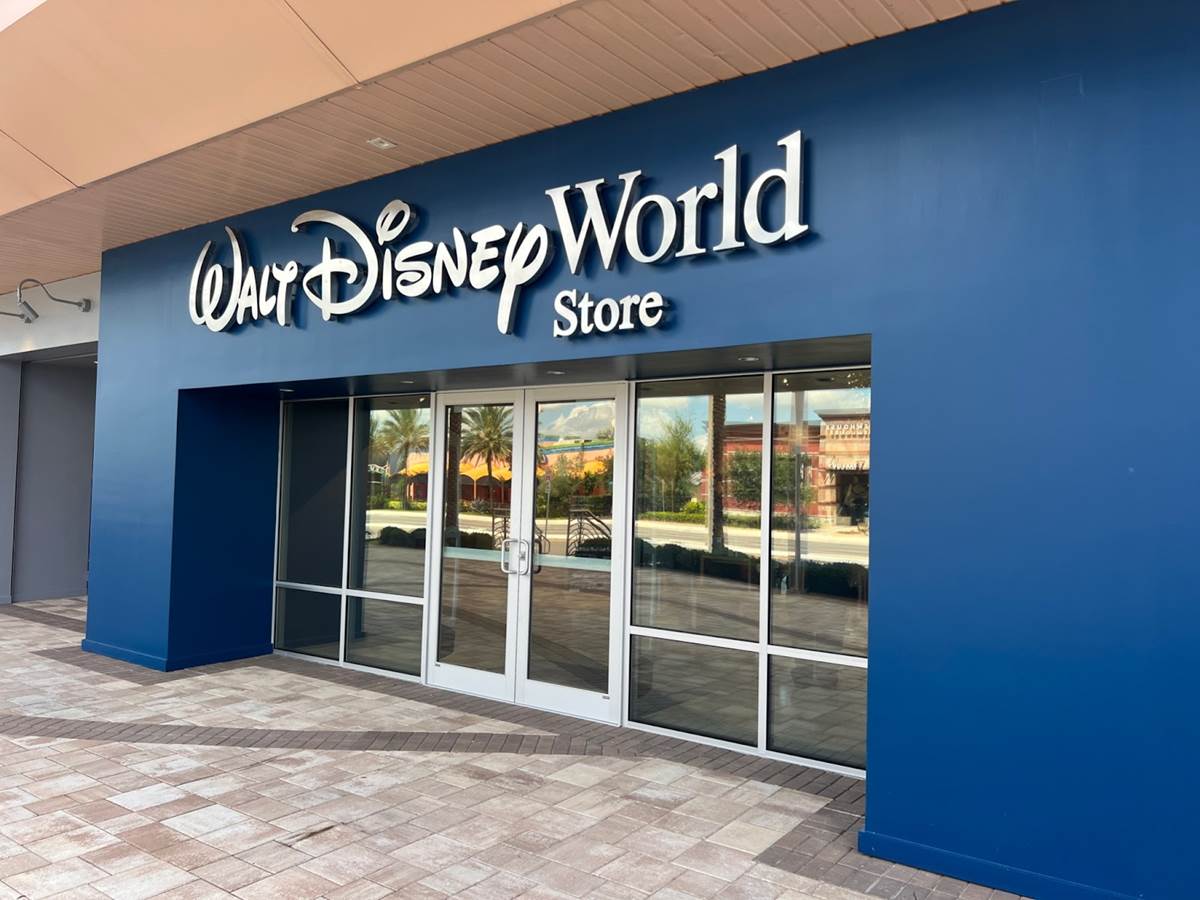 Inside, you’ll find a wide variety of the latest 50th anniversary goodies. You’ll find a similar selection of merchandise to what can be found at the two Orlando International Airport stores. 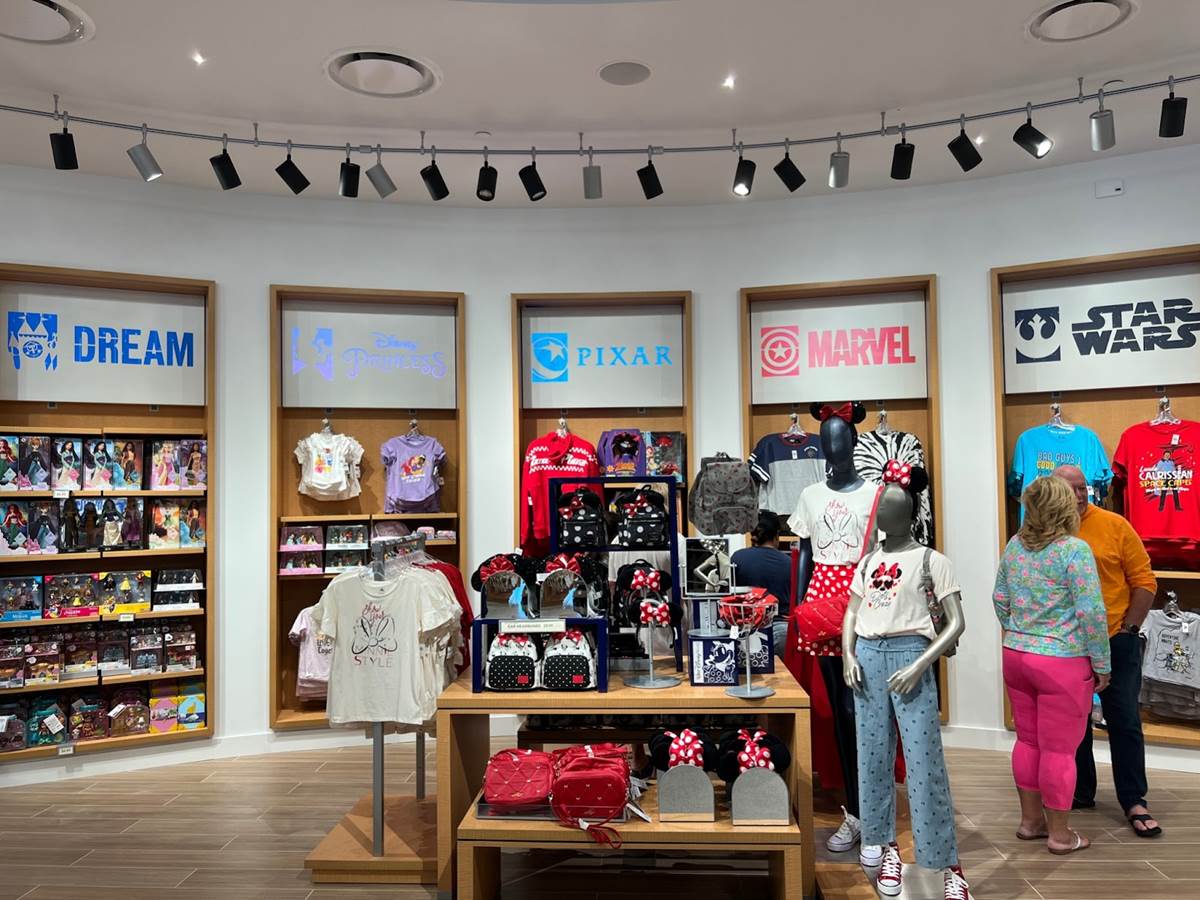 Plenty of snacks and beverages are also available. The Disney Vacation Club Virtual Discovery Station will take you on a virtual tour of other destinations' theme parks, resorts, and cruises. Plus first-person virtual tours, photo galleries, and videos. This display focuses on Aulani, a Disney Resort & Spa in Ko Olina, Hawaii. 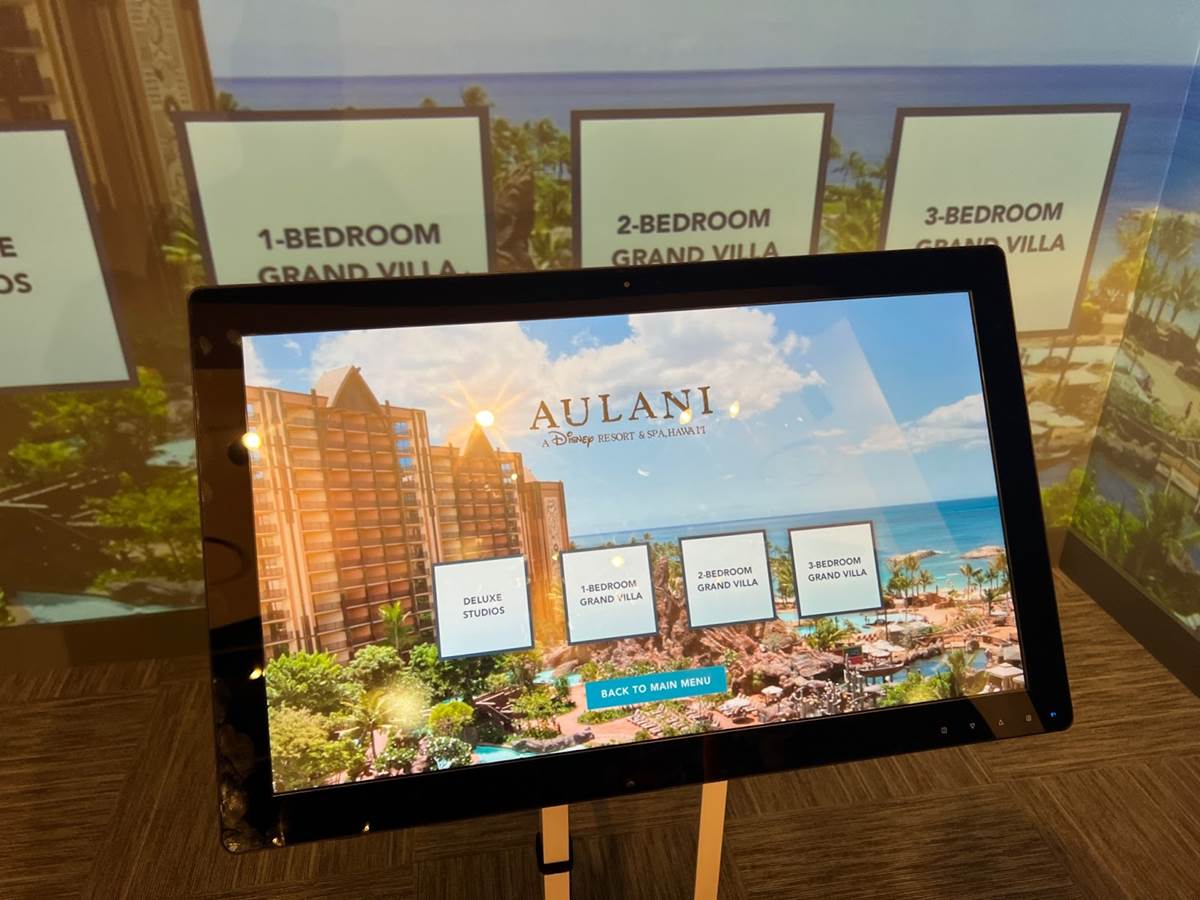 As you turn around toward the exit, there’s a small mural featuring the icons of the four theme parks, in addition to some other park icons. 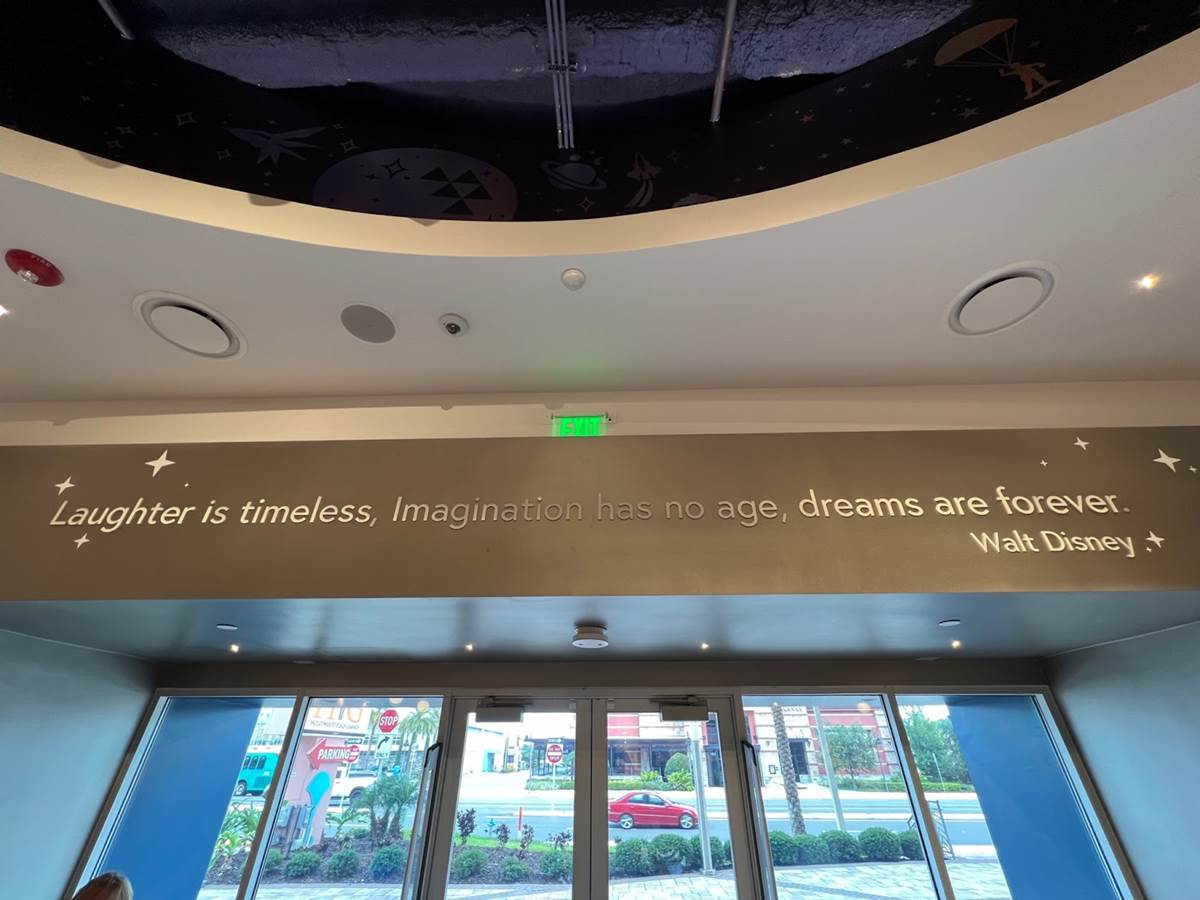 A quote from Walt Disney leads us out of the store.