Far from the confines of Andy's room, a sneak peek of new Forever stamps from the U.S. Postal Service was revealed at the red-carpet premiere of Disney and Pixar's Lightyear. 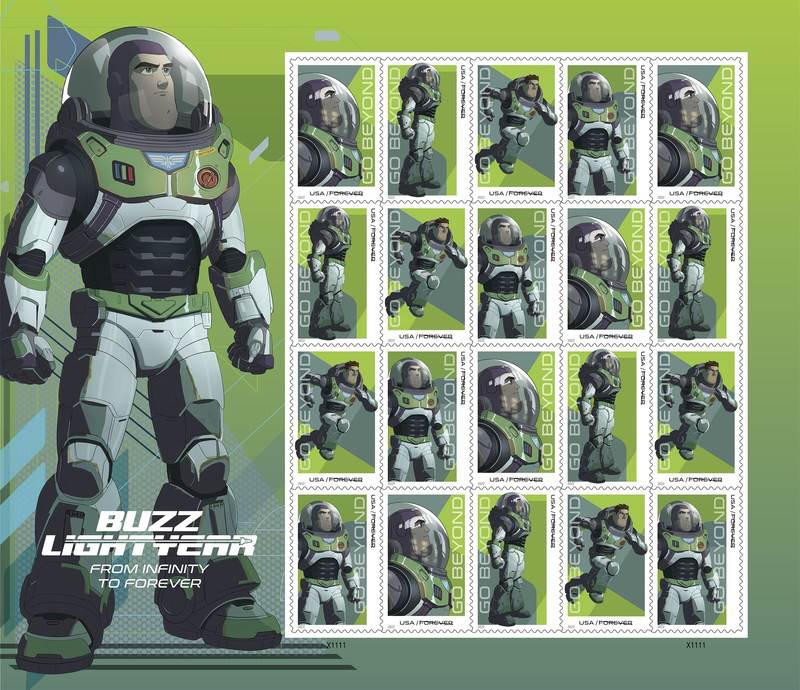