Prolific comic book writer Alan Grant, who had a hand in creating some memorable Marvel Comics, has passed away at the age of 73. 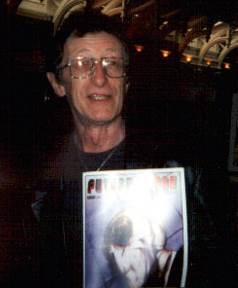 Marvel is saddened to learn of the passing of Alan Grant, a prolific writer who brought our characters and stories to the page through his unique perspective. Our condolences to his family, friends, and fans everywhere. pic.twitter.com/xO2BsAUi3F