ABC News World News Tonight anchor David Muir will have the first network interview with Pence since the January 6th attack on the capital. This will include topics from Pence's new autobiography, So Help Me God. This will air on November 14th. 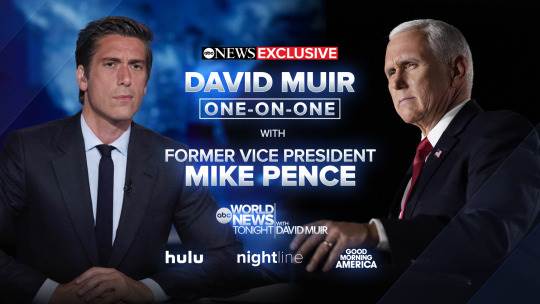