The holiday celebrations are in full swing at the Disneyland Resort, and Downtown Disney is certainly no exception. Let’s take a stroll through the district and see how they’re celebrating the most wonderful time of the year! 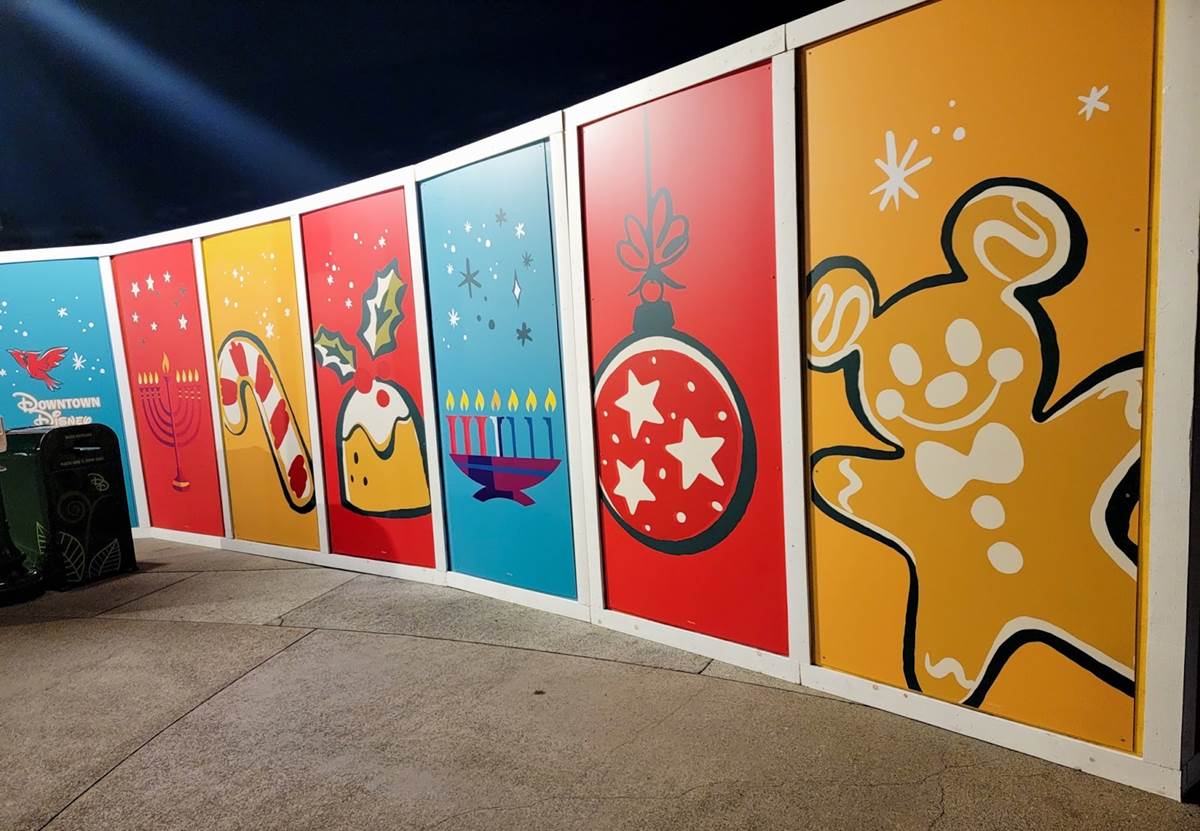 We begin on the western-most part of Downtown Disney, where the construction walls have received a festive overlay. 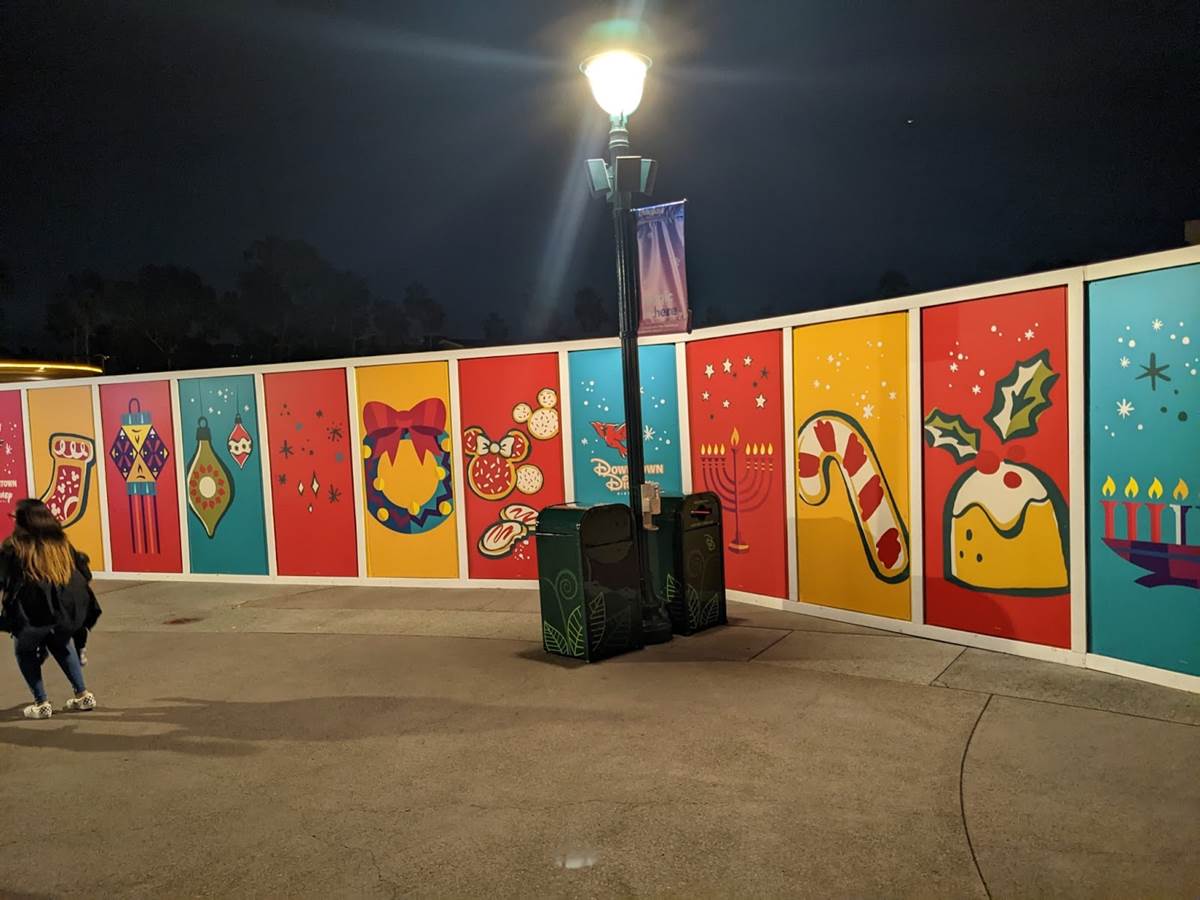 Nearby, kids can participate in festive arts and crafts. 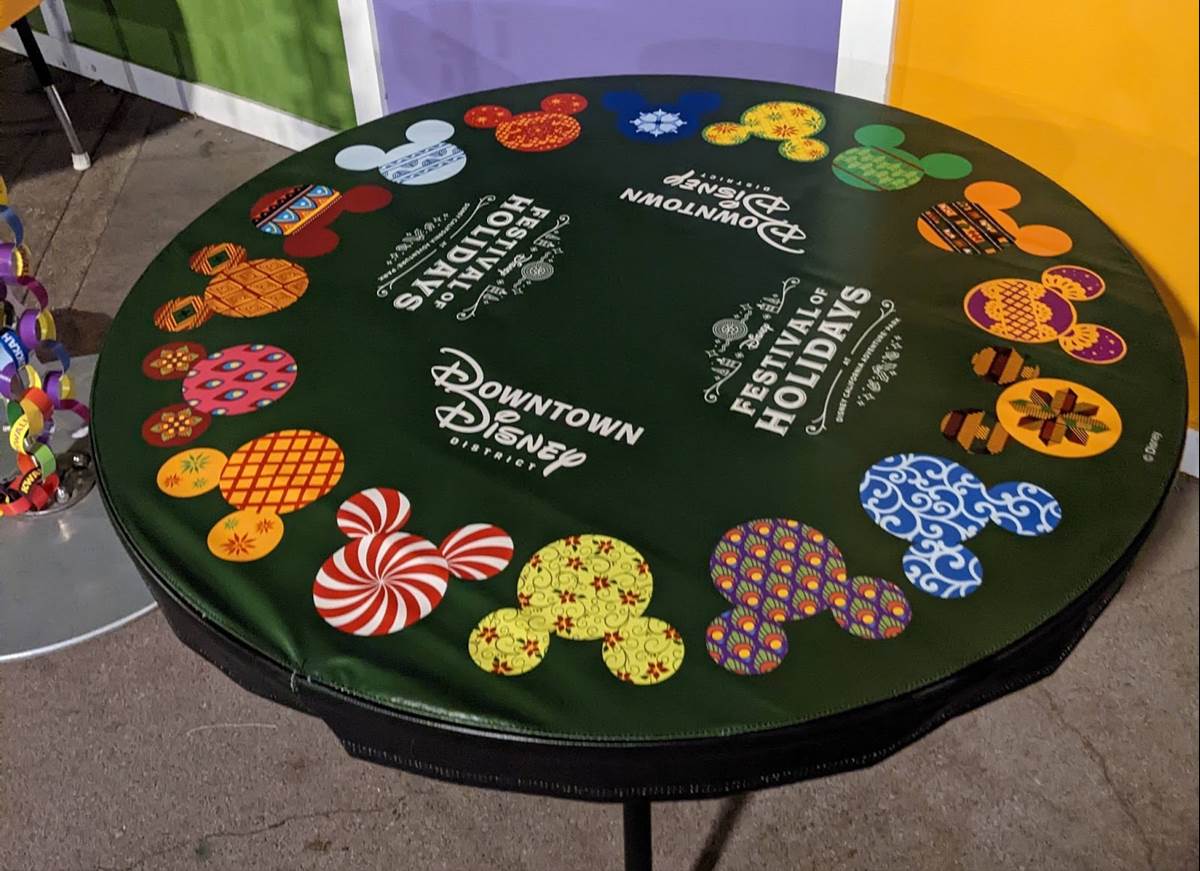 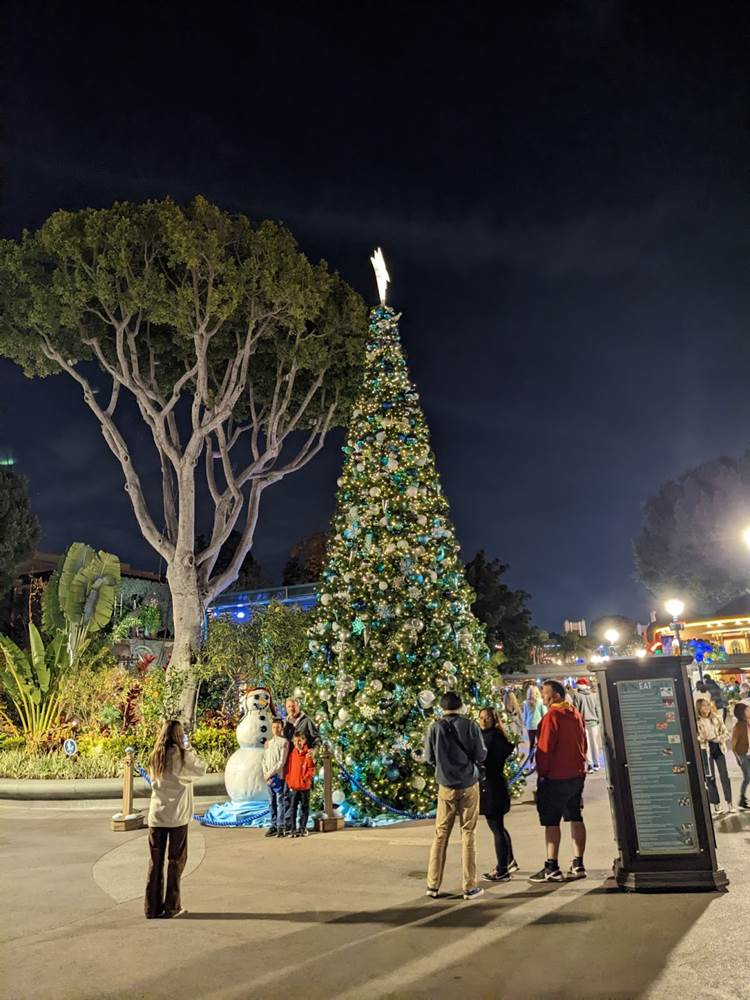 Downtown Disney’s Christmas tree has moved to this side of the district this year, complete with a cute snowman photo-op. Fans of the new Disney+ series The Santa Clauses can make use of this photo-op near Splitsville. 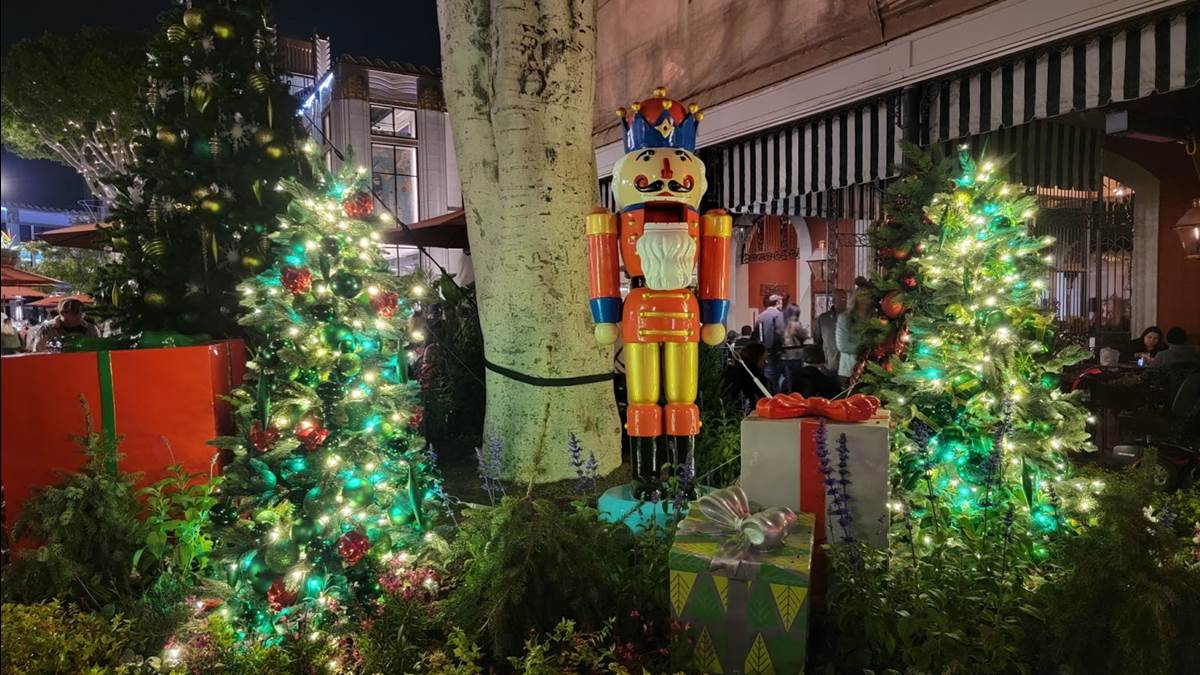 Various Christmas trees and icons, such as Nutcrackers, can be found in the planters throughout Downtown Disney. 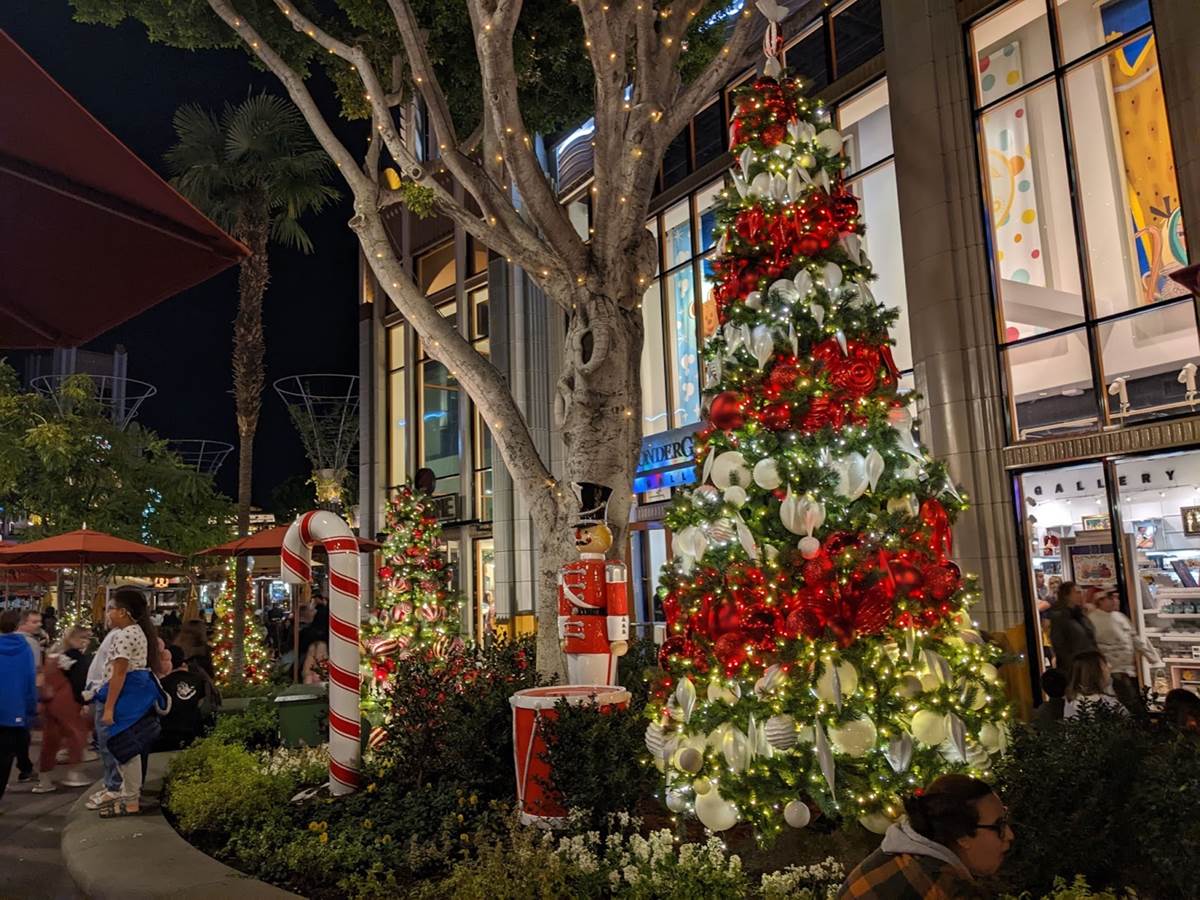 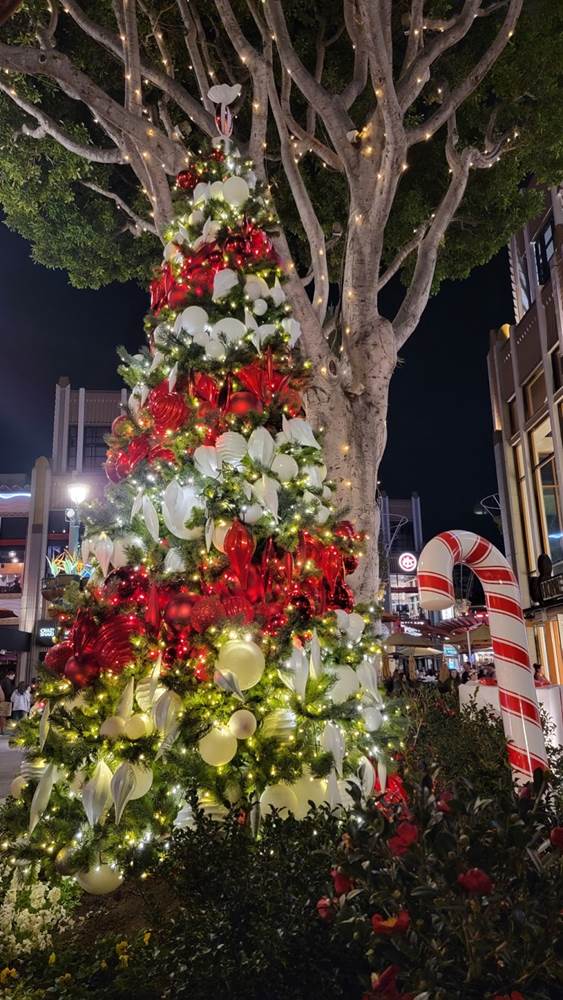 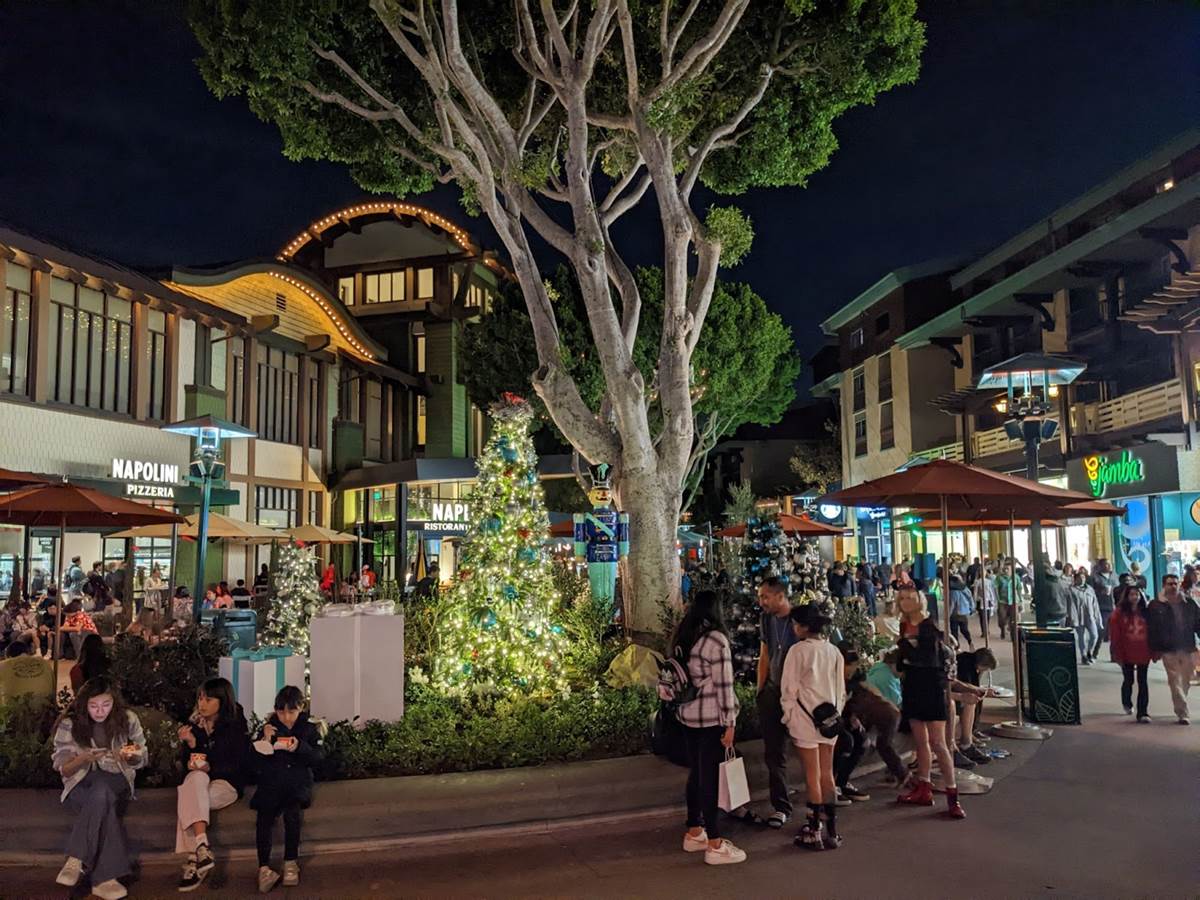 Catal is offering a Breakfast with Santa on select dates from November 26th through December 24th. More details can be found here. Both Disney Home and Marceline’s Confectionary have decorations befitting their location. 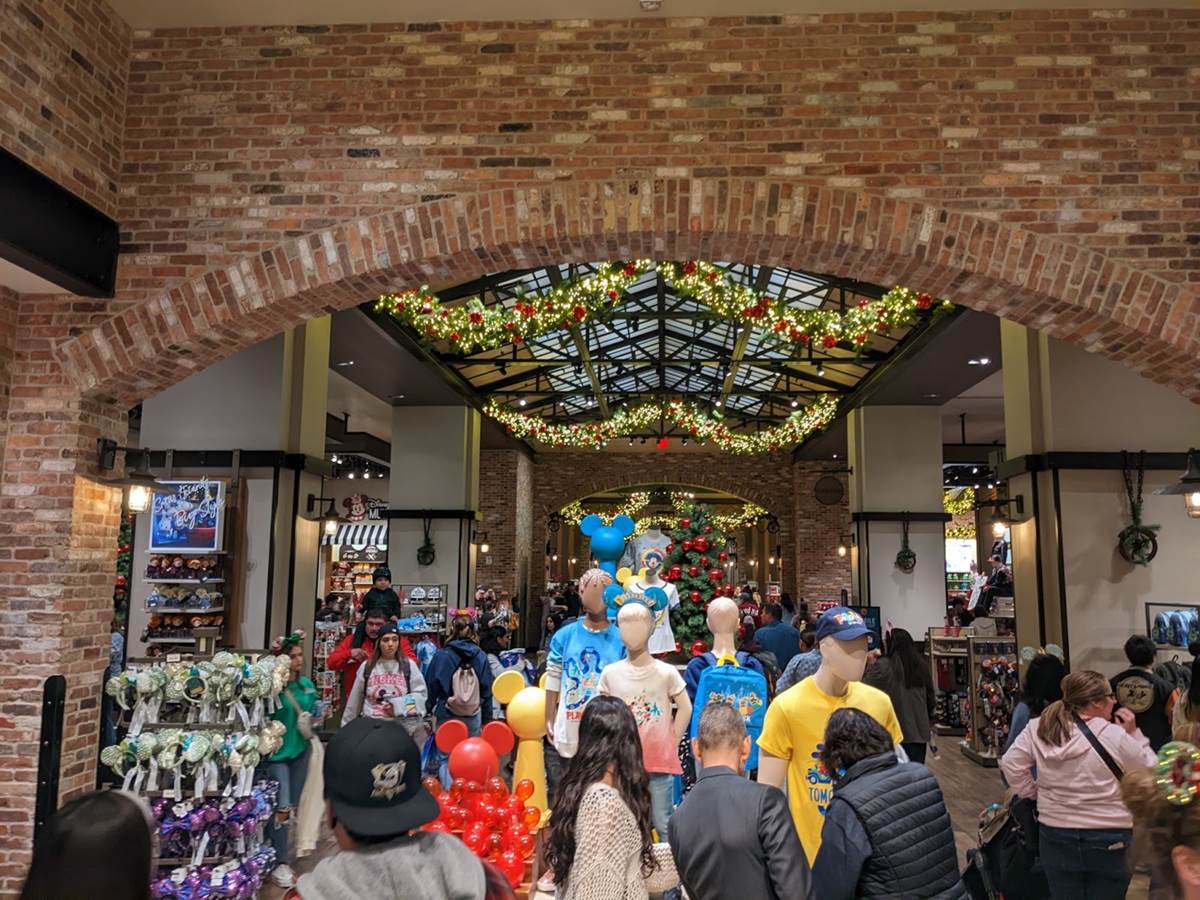 Finally, let’s take a look at the Christmas decor that can be found within the World of Disney store. 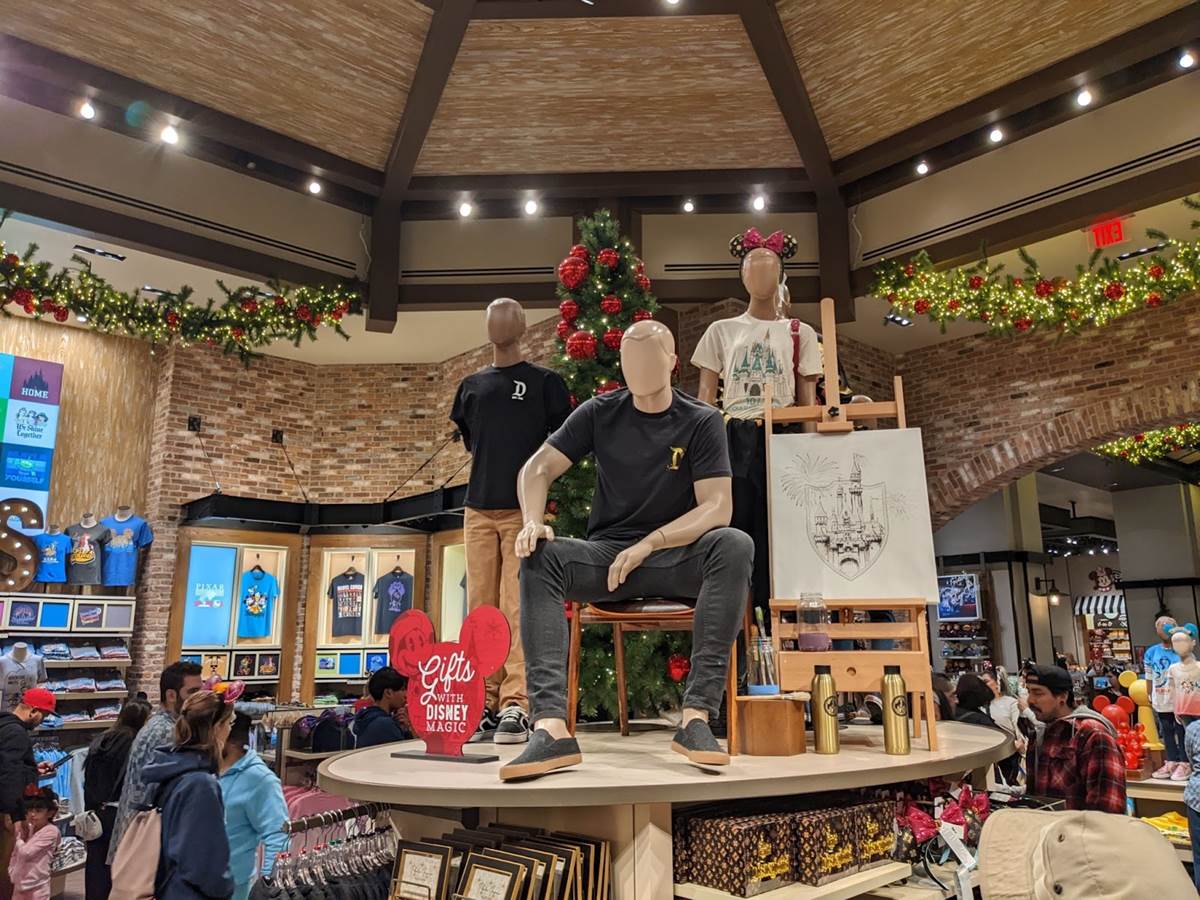 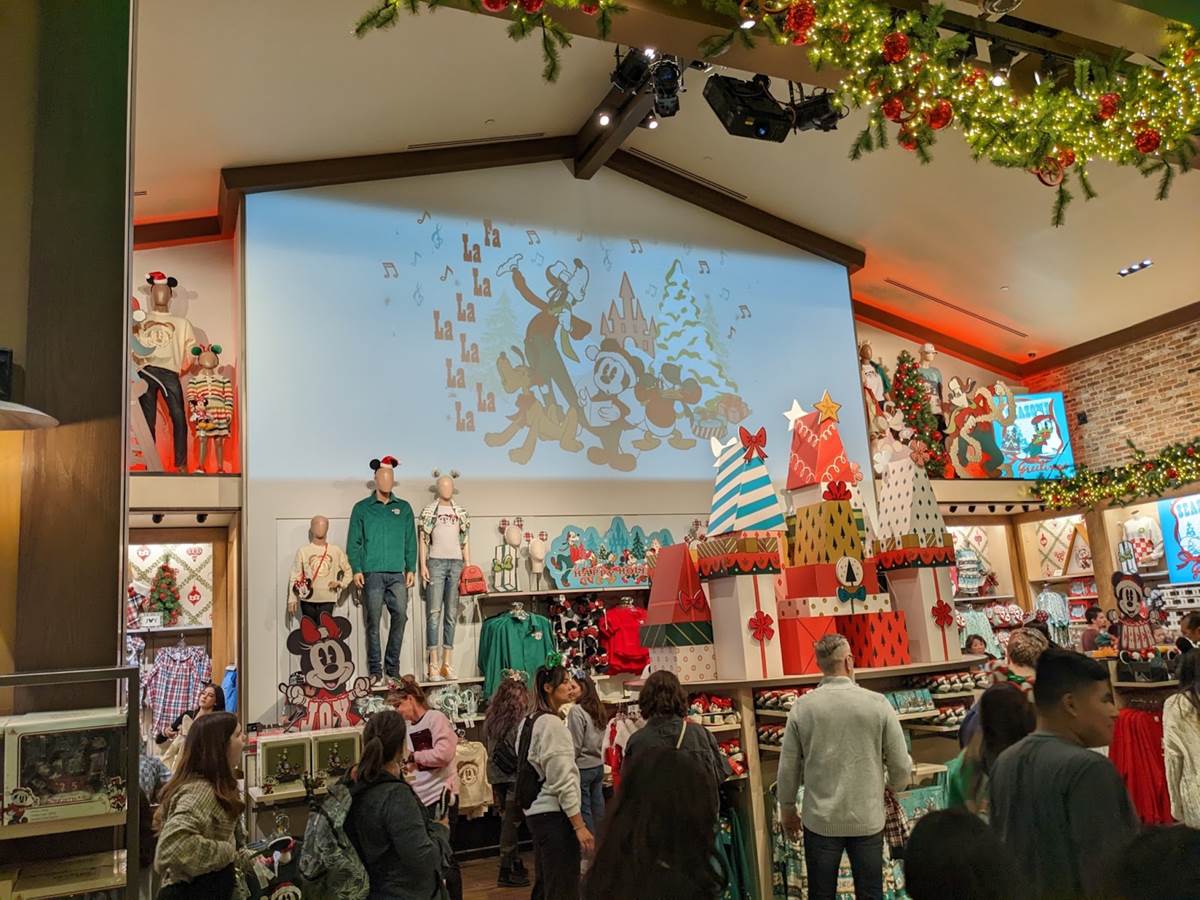 As part of Disney’s recent inclusion efforts, a mannequin can now be seen wearing a hijab. 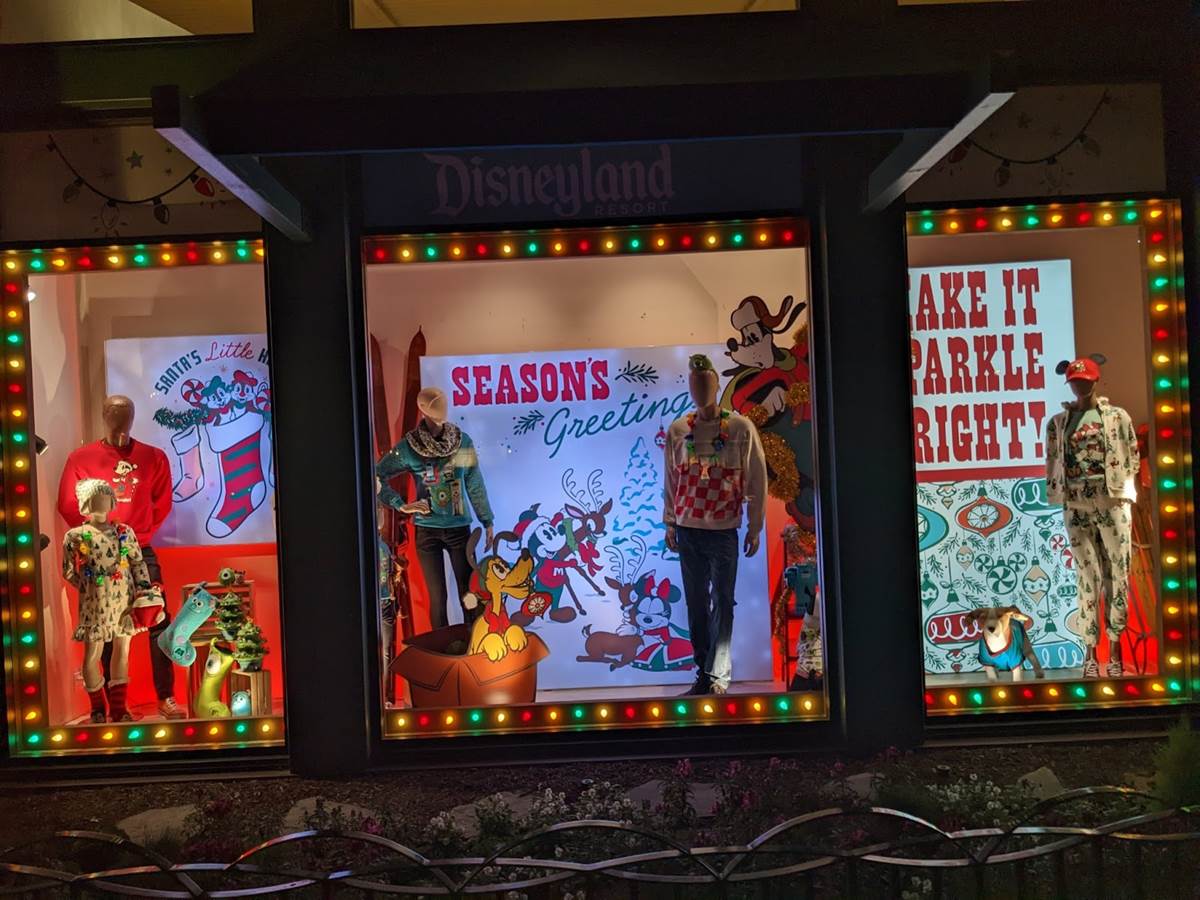 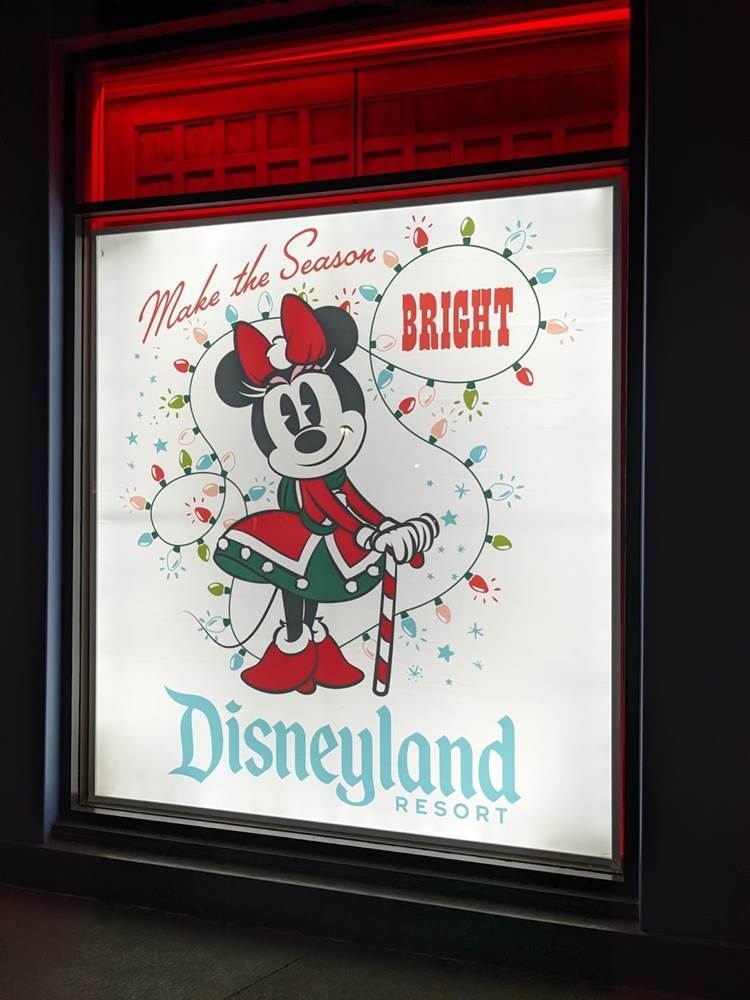 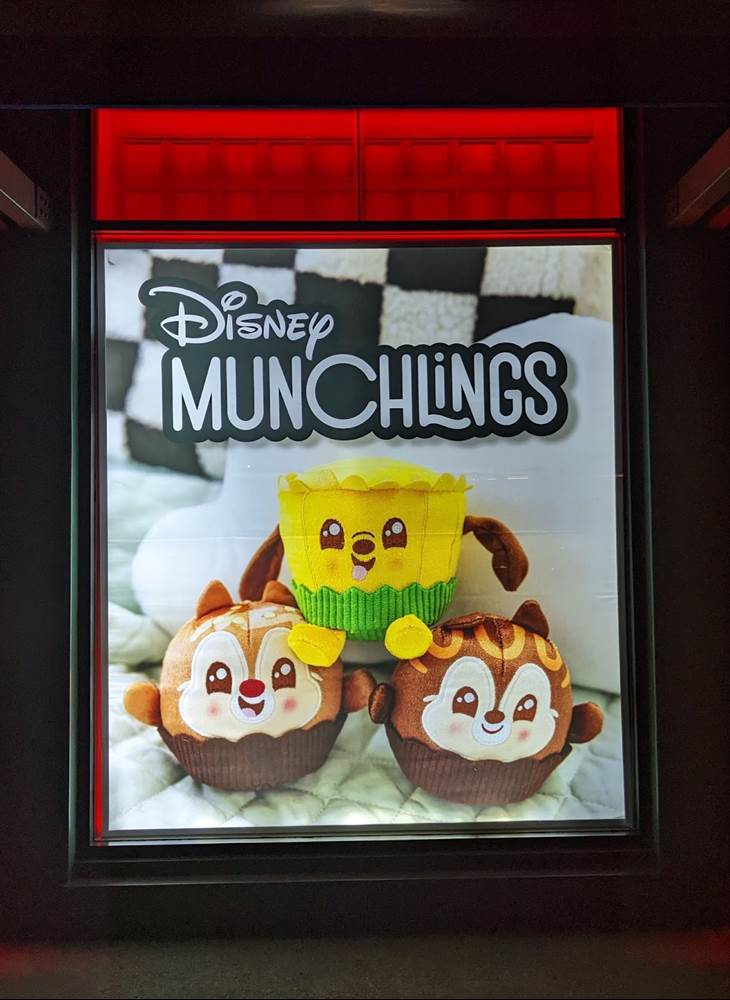 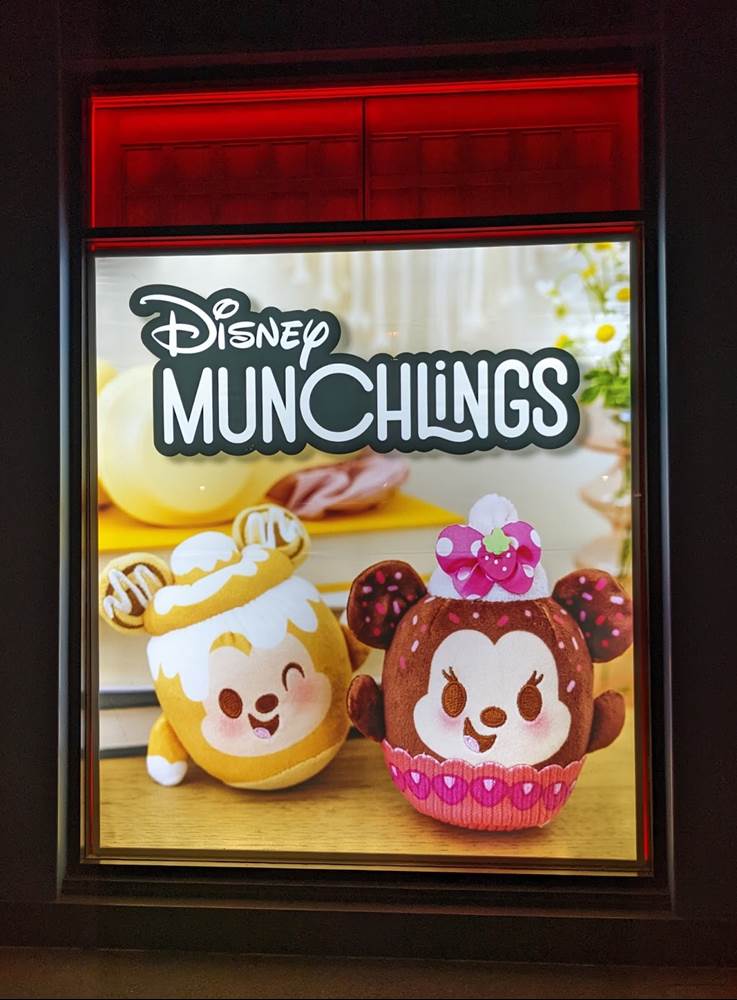