The UFC kicked off 2023 in a big way tonight by returning to Rio de Janeiro for a great night of fights. Two title fights headlined the card but there was no shortage of incredible storylines throughout this card and they resulted in some very memorable performances.

Let’s take a look at some of the highlights of the night and break down the three fights we looked at in our UFC 283 preview. 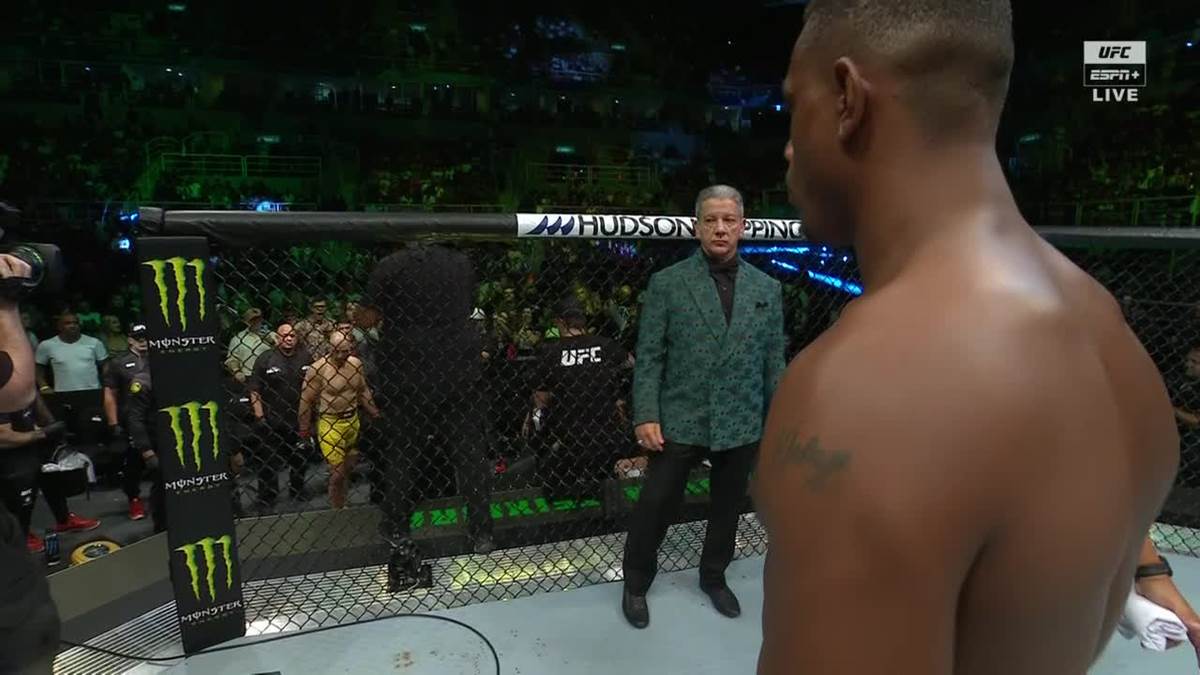 It was an awesome story for the Bonfim brothers Ismael and Gabriel, who both made their UFC debut tonight. Ismael won his lightweight bout in grand fashion, knocking out Terrance McKinney with a beautiful flying knee. Then, Gabriel put the pressure on Mounir Lazzez right from the open and forced him to eventually make a mistake. When Lazzez shot in, Bonfim grabbed his neck and locked up a guillotine choke, rolling through into mount where he squeezed his way to a victory. It was certainly a big night for the Bonfim family.

Another spectacular debut came when Brunno Ferreira stepped into the octagon as a big underdog against Gregory Rodrigues. It was Rodrigues who appeared to be getting the better of the exchanges, but late in the first, Ferreira’s left hand found its target and Rodrigues was out in an instant. Ferreira showed some serious power with one punch and really made an impressive debut. The middleweight division will take notice of this newcomer.

From a few UFC debuts to the final outing in a historic career. In the final prelim before the main card, the legendary Shogun Rua stepped into the octagon one last time to face Ihor Potieria. Shogun landed a stiff combination early that seemed to hurt Potieria, but he recovered and continued to push the pace against the veteran fighter. Eventually, that pressure became too much for Shogun and Potieria landed a good right hand that dropped the legend. After a few shots on the ground, the ref stepped in to stop the fight, putting an end to the career of the former light heavyweight champion. It’s a big win for Potieria, who should be looking for a fairly big fight his next time out.

Former UFC champion, former PRIDE champion, and a legend of the sport 👏

The main card kicked off with some fireworks as two very dangerous light heavyweight contenders stepped into the octagon. There was no secret what bother fighter was going to be looking to do. Walker would be looking to smash his way to knockout. Craig would be looking to grab hold of Walker and get a submission. About halfway through the first round, Walker got a kick caught by Craig but he followed it with a right hand that rocked him. A few shots later and Craig was done and Walker was victorious. It’s a big win for the 12th-ranked light heavyweight who is now sure to crack the top 10 and get a big fight.

Sometimes UFC fights can simultaneously be a thing of beauty and incredibly tough to watch. That was the case as Jessica Andrade put on an absolute clinic against the very game Lauren Murphy. Andrade was just faster, stronger and more technical as she teed off on Murphy for 15 minutes. It was incredibly impressive on the part of Andrade and hard to watch for Murphy. Either the ref or Murphy’s corner certainly should have stepped in earlier to stop the fight, but Murphy made it to the final bell in a true sign of her toughness. For Andrade though, a championship opportunity is likely next up.

ANDRADE WAS DOMINANT AT #UFC283 😳 pic.twitter.com/7XTh4ZwVta

Former title challenger Gilbert Burns promised this fight would be quick and he delivered on that promise. Early in the first round, he scored a takedown on Magny and patiently worked to advance his position. Eventually, he managed to secure a mount but still he remained patient, only throwing a few punches while looking for submissions. After briefly creating some space, he managed to lock up an arm triangle and forced Magny to tap after just a few seconds of squeezing. It was a truly impressive performance from Burns to says he is here for the championship and specifically called out Colby Covington, which would make for an interesting title eliminator.

My pick: Burns via 3rd round knockout

Result: Burns via 1st round submission

For the first time ever, two men stepped into the octagon to face off against each other for a fourth time. The rivalry between Figueiredo and Moreno has been one for the ages, giving us three incredibly fun fights. Their fourth and likely final meeting was a lot more one sided than their previous meetings. Moreno clearly came in with a different gameplan for this fight. Instead of standing and striking against Figueiredo and getting into the wild exchanges that made the first three fights so much fun, Moreno clearly wanted to employ his grappling much more. And he did so successfully, securing a takedown in the opening seconds of the first round. Figueiredo attacked with a guillotine but wasn’t able to fully lock up the choke.

The two did get into some exciting exchanges on the feet but it always came back to the grappling of Moreno, who socred three takedowns before it was all over. Late in the third round, Moreno landed a big left hand on the eye of Figueiredo that cut him and closed the eye immediately. Figueiredo survived the round but between rounds, the doctor decided to call the fight. It may have been a bit of a disappointing ending to perhaps the greatest rivalry in UFC history, but it was a dominant performance for Moreno and he was well on his way to a decision victory. For Moreno, it will be interesting to see who his next challenger will be for the flyweight championship. For Figueiredo, he said his next move will be moving up to the bantamweight division.

My pick: Figueiredo via decision

Result: Moreno via 3rd round TKO

Glover Teixeira has been in some wars in his long, storied career but he may not have ever faced anyone who hits quite as hard as Jamahal Hill. That explains why Teixeira, who is typically happy to stand and throw punches, was desperately looking for takedowns right from the beginning of this championship fight. The surprise however was the impressive takedown defense of Hill, who stuffed Teixeira again and again to keep the fight on the feet.

Hill touched up Teixeira on the feet and looked to have this fight well in hand, but you can never count out Teixeira. The former champ did eventually score a takedown and threaten with some submissions. He also withstood several blitzes from Hill and landed some big shots of his own. The difference maker was the left high kick from Hill though as Teixeira seemingly never saw it coming and got caught with it again and again. The former champ was wobbled several times but his toughness was once again on display as he simply would not be put away. It has gotten to the point where every time out, Teixeira might just put up a fight of the year candidate.

He even managed to make it interesting in the fifth round, scoring a takedown on Hill and even progressing to the mount. To make Hill’s performance even more impressive though, his stamina and grappling were the only two things people doubted from him and they are what eventually won him the fight. Hill beautifully escaped from Teixeira’s mount late in the fifth round and got back to his feet, where he managed to last until the final bell and was crowned the new light heavyweight champion.

After the fight, Hill laid out his challenge for the rest of the light heavyweight division, one that will surely be answered by this incredibly talented class. Teixeira also left his gloves in the octagon, announcing that he will be stepping away from the sport. It was another incredible showing from the legend who is surely headed for the UFC Hall of Fame.

My pick: Hill via 4th round knockout

The UFC will return to ESPN+ on Sunday, February 5th for UFC Fight Night: Lewis vs. Spivac. Be sure to check back for a preview of the event.