Over the course of several reviews I’ve written for this website, I’ve made my affinity for ESPN’s 30 for 30 documentary series well known. That’s why it’s somewhat embarrassing to admit that, while I’m well-versed in the collection of films released under the banner, I was unaware about the podcast series that also exists. In fact, the show recently released its third season and, this time, broke the format a bit, dedicating all five episodes to one story. That story is about the rise and fall of one Bikram Choudhury — the yoga guru whose program swept the nation for years. If this quintet of episodes are any indication of the quality found in the rest of the 30 for 30 podcast library, I certainly have some catching up to do. 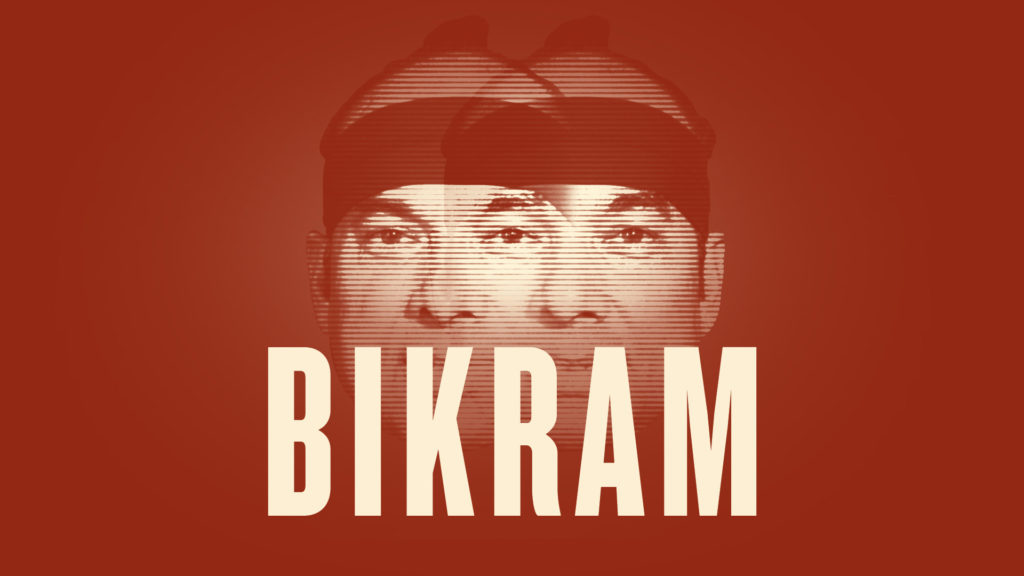 As mentioned, 30 for 30: Bikram shares the tale of yogi Bikram Choudhury — including his celebrity students, the spread of the Bikram Yoga, and a slew of allegations that have come to light about Choudhury over the past several years. To that last note, given the on-going #MeToo movement, it’s no wonder by the 30 for 30 team chose to tell this story at this time. Furthermore, with the scope of the topic, the decision to make Bikram a season and not just a single episode feels justified. That said, considering the subject matter, some listeners may find it difficult to listen to the later episodes of the season. Unfortunately, skipping these installments leaves a major hole in the story and deprives the previous episodes of some important context.

In terms of production, one could easily compare the narrative style of Bikram to other popular podcasts such as Serial or a number of NPR shows before that. That said, the show never feels like it’s trying to copy those previous programs nor do the possible comparisons become distracting. Instead, the story is well-told, well-paced, and well-edited, mixing archive audio, interviews, and host narration to great effect.

Like many of the 30 for 30 films I’ve reviewed in the past, 30 for 30: Bikram does take some unexpected turns. However, perhaps as a way of warning listeners who might be sensitive to some of the topics that follow, I felt the podcast tipped its hand a bit earlier than perhaps was necessary. As a result, I didn’t quite experience the same sense of suspense from this podcast season as I was hoping for. Similarly, while I looked forward to listening to each installment, I can’t recall any major hooks or teases that demanded my attention the way, say, the final moments of each Serial season one episode did.

Despite these few minor flaws, I’d definitely still recommend 30 for 30: Bikram to anyone who appreciates that brand’s form of storytelling. With each episode clocking in between 35 and 45 or so minutes, the show is an easy binge with a decent payoff and interesting tale to tell. More importantly, this season of show adds to a larger conversation currently happening around the world and does so in a balanced and intriguing way. Bikram proves once again that, whether in the audio or video medium, ESPN’s 30 for 30 knows how to tell a great story and make you think about sports in a whole new way.

30 for 30: Bikram is now available on the 30 for 30 Podcast site, iTunes, and other podcast providers.