TV Review – LeBron James’ “More Than an Athlete” on ESPN+

Professional athletes are public figures. They’re role models. They’re celebrities. Some of them are even icons. But there are a rare few who transcend their game and step into the spotlight in a much bigger way. Some of them become more than an athlete. LeBron James is the perfect example of that, and ESPN+ has a new series detailing his journey to stardom. More Than an Athlete features James and three of his partners – Maverick Carter, Randy Mims and Rich Paul. The premise of the series is simple, yet unique. The four men gather and recall stories from their journey together while watching videos on a large projection screen detailing those stories. The format of the show works well in some instances and not in others. For those interested in the sports documentary type of storytelling or the story of LeBron James, much of this will be interesting to you. However, some of the more informal conversation between the four men will have you asking, “Why am I watching a show about four guys on a couch talking?”

Luckily, much of the show is based in flashback-type video and confessional interviews with one of the four, getting the show back to that documentary feel. And to be clear, they do have a fascinating story to tell. LeBron James was thrust into stardom from a very young age. More Than an Athlete explores how he got the right people around him to help control that stardom and become the superstar we know today. The series really becomes interesting in the second episode, titled “Decisions, Decisions,” which focuses on – you guessed it – “The Decision.” For those who are not familiar, LeBron James famously held a media event on ESPN in 2010 to announce his departure from the Cleveland Cavaliers to join the Miami Heat — a move that made him the villain of the NBA and probably all of professional sports for some time.

This episode looks back at James’ thought process both going into the announcement and after it, providing context as to what was running through his mind at the time. We also hear from his partners regarding how they were feeling before, during and after “The Decision.”

That leads to another slightly problematic function of the series. The storytelling is not linear. Those watching are likely interested in learning more about LeBron James and his story and would logically like to hear it from beginning to end. So it is a bit jarring to go from his decision to leave Cleveland the first time in 2010 and jump right into his decision to sign with the Lakers earlier this year. I would assume the gaps will be filled in eventually, but it would have been nice to hear more about his time in Miami or his return to Cleveland. 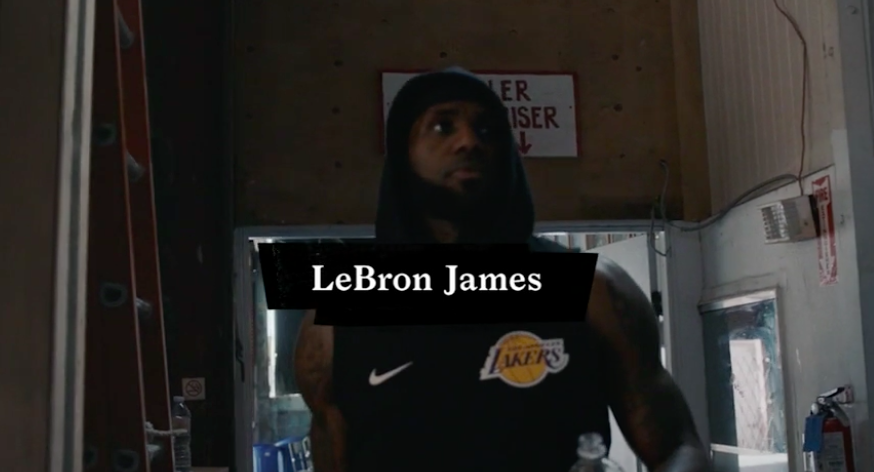 It is also worth noting that this series contains strong language and features a viewer advisory before each episode. I would not recommend allowing young children, who likely look up to James, to watch this series as he himself is a source of much of that language. It’s surprising to hear some of the things he says because he typically carries himself as a role model and stays out of (almost) any negative light from the media. I’m personally not offended by his language in the series, after all it’s just about him reminiscing with those close to him, but I would imagine some viewers would not be so thrilled.

Overall, More Than an Athlete certainly has some interesting information to provide and stories to tell. Again, if you are interested in the life and career of LeBron James, you will likely enjoy this series. If you’re just looking for a new sports documentary to provide a behind-the-scenes look at the lives of athletes, I would recommend checking out Earn Everything on ESPN+ rather than this series.