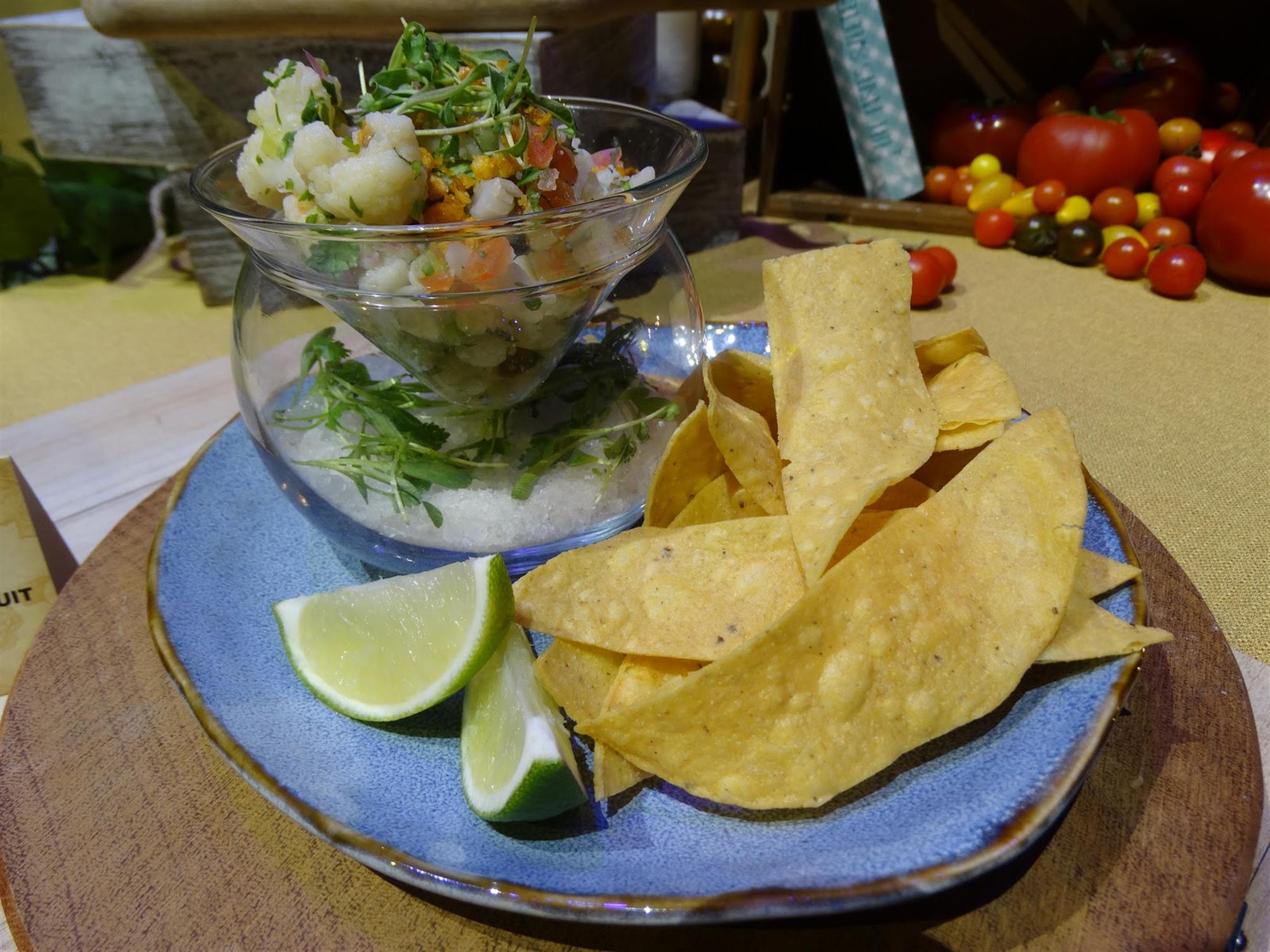 If you’re a Southern California local (or visiting sometime over the next six weeks), I hope you’re hungry and/or thirsty, because it’s time once again to get your grub and drink on at Disneyland Resort. The Disney California Adventure Food & Wine Festival is back, and officially launched Friday morning for its longest run ever at the popular Orange County theme park.

Family-friendly seminars presented by affable celebrity chef Daniella Malfitano will teach families how to grow closer together by preparing and enjoying meals as a unit, while other culinary demonstrations will offer insider tips and recipes throughout each weekend. Plus, Goofy is getting in on the action by leading the Junior Chef Experience for children ages 3 to 11 in Hollywood Land.

On Friday afternoon after the above media presentations (from Disneyland Resort culinary director Chef John State and DCA general manager Gary Maggetti), I live-streamed a walking tour of Disney California Adventure Food & Wine Festival 2019 on Laughing Place’s YouTube channel and social media pages. Check out the full video below to get a better idea of the layout of this year’s event, including looks at all the Marketplace stands and the popular Festival Beer Garden!

Signature events at the 2019 festival include Dinner with Disney Chefs and Winemaker Receptions at Carthay Circle Restaurant, Winemaker Receptions, and Sweet Sundays. There’s also an already-sold-out appearance by Guy Fieri, who has participated in Food & Wine at DCA since its very first year in 2006. Merchandise includes event-specific apparel, cookbooks, wine glasses, pins, and even colorful Minnie Mouse ears with shiny plastic utensils across their bow.

As an added bonus for regulars, Disneyland Annual Passholders attending the Festival can visit the Blue Sky Cellar at Disney California Adventure for access to a Food & Wine photo op starring Mickey Mouse and exclusive AP merchandise, not to mention receive an Annual Passholder button featuring some colorful Mickey artwork.