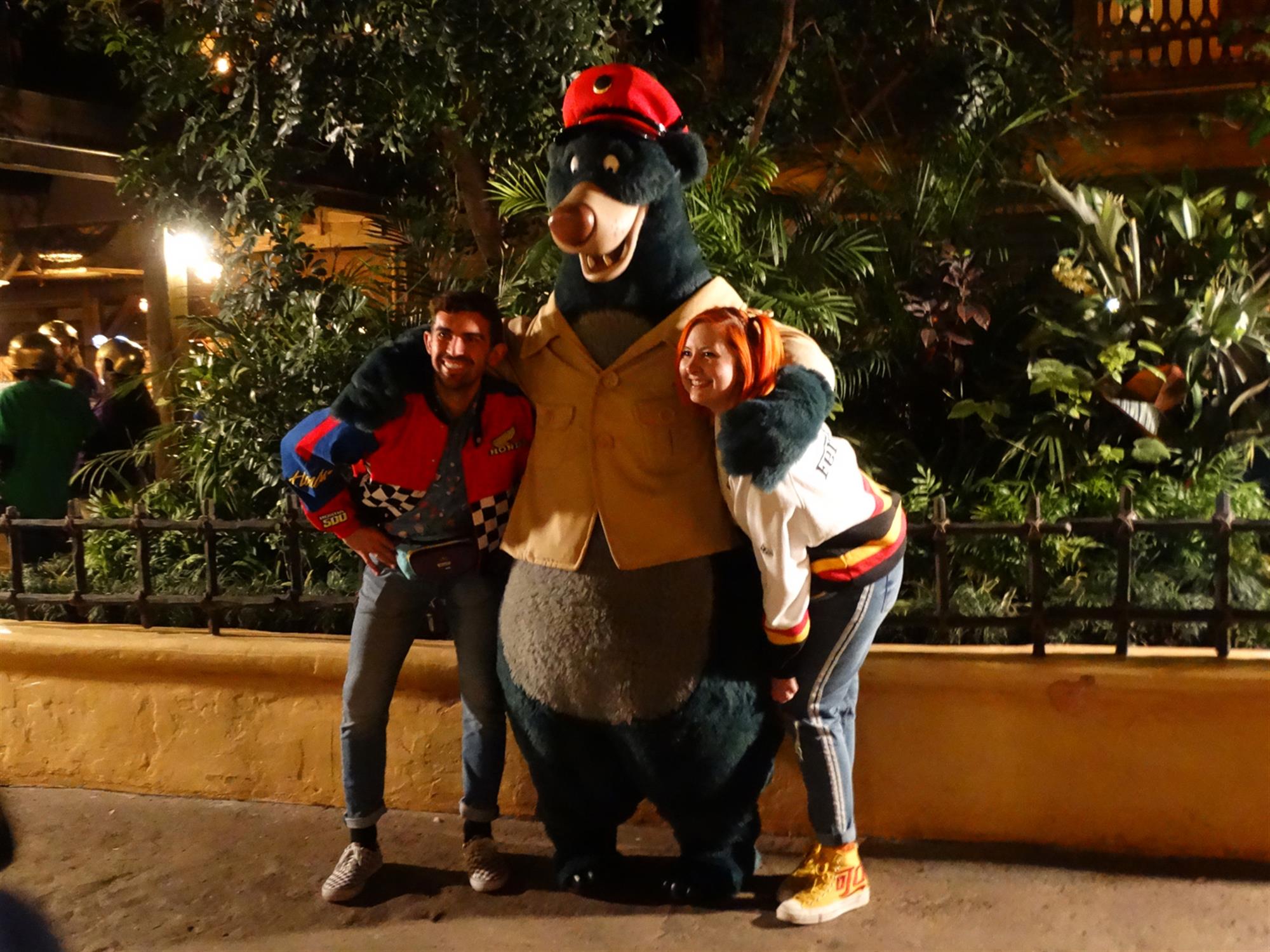 For those of you still stuck in the 1980s like myself, it’s time to move along! A new wave of nostalgia is taking over for all the 90s kids, and Disneyland got in on the action last week just in time for the release of Marvel Studios’ Captain Marvel, which takes place in 1995.

But while Captain Marvel herself was nowhere to be seen at Disneyland After Dark: 90s Nite, the park was overrun with remembrances of the fabled Disney Afternoon programming block that ran in syndication from 1990 through 1999. Characters from TaleSpin, Darkwing Duck, Chip ‘n Dale: Rescue Rangers, DuckTales, and A Goofy Movie held meet-and-greets throughout Disneyland, and they were joined by other familiar Disney faces from the Clinton era.

The neon monkey from “Fantasmic!” showed up for photo ops along the park’s Rivers of America, Timon and Rafiki from The Lion King were joined by Pocahontas and Meeko from Pocahontas, and Clopin, Eseralda, and Phoebus from The Hunchback of Notre Dame in Frontierland, Hercules, Megara, and Hades from Hercules held court in Fantasyland with Belle and Gaston from Beauty and the Beast, and Mulan and Mushu from Mulan met guests in Critter Country.

Plus, Indiana Jones (whose Indiana Jones Adventure attraction first opened in Adventureland back in 1995) showed up in the ride’s queue to explore the Temple of the Forbidden Eye. Between hanging out with these rare characters and lining up for exclusive merchandise, fans gathered to watch the “Disney Afternoon After Dark” fireworks, which set pyrotechnic effects to the hit theme songs from all our favorite 90s Disney television cartoons.

In addition to numerous regular attractions being available around the park, Disneyland After Dark: 90s Nite also saw the long-awaited return of Disney Afternoon Avenue to the “it’s a small world” promenade, and featured a number of live music performances such as an R&B group aboard the Mark Twain Riverboat, a punk-rock band on the Tomorrowland Terrace stage, and a live DJ in the Hub pumping era-appropriate tunes all night long.

I may legitimately use this fanny pack for all my theme park adventuring from now on. #DisneylandAfterDark #90sNite @DisneylandToday pic.twitter.com/OTNZf1DQU6

Attendees received a fun Disneyland After Dark: 90s Nite fanny pack, while Disneyland Resort Annual Passholders could visit the Tomorrowland Starcade for a cool button themed to the evening. And who would want to miss out on the opportunity to snag another Indiana Jones Adventure decoder card, which was being distributed at the ride’s entrance?

The next Disneyland After Dark event is called “Heroes Assemble” and will focus on Marvel characters at Disney California Adventure. It takes place on Tuesday, April 30 and Wednesday, May 1, in celebration of Marvel Studios’ Avengers: Endgame, which will have hit theaters the previous weekend. For more information and advance ticketing resources, be sure to visit the official Disneyland After Dark website.