In my experience with runDisney, I’ve either run by myself, or with someone not completely new to distance running. This year though was special because I had my sister—and first time half marathon runner—joining me for the weekend. I decided to interview her before and after the race to get her impression about participating in the Star Wars Rival Run Half Marathon. 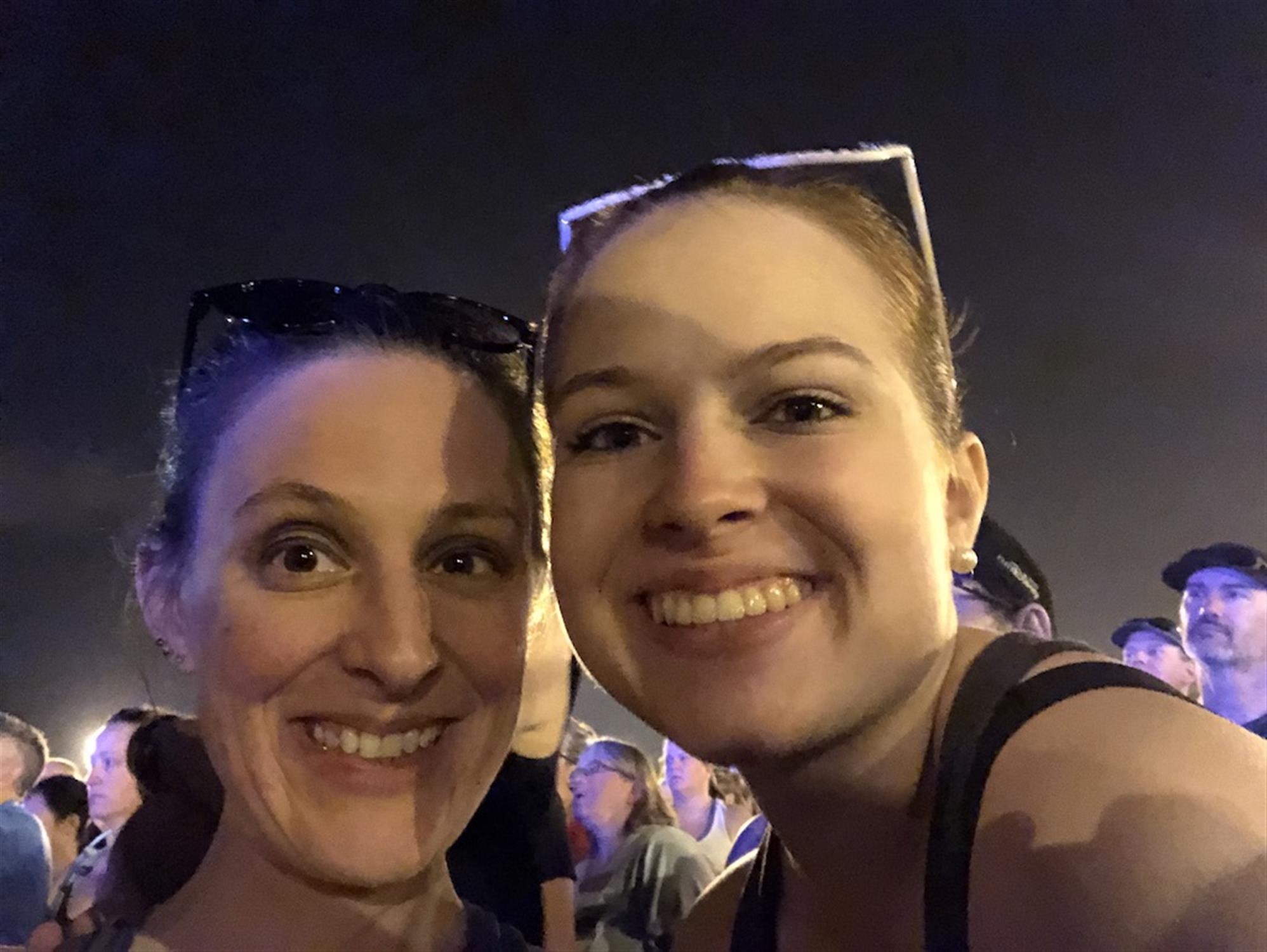 Leah, this is your first half marathon, right?

Are you nervous or excited about it?

“I’m actually not nervous, I’m super excited, and just ready to have fun on the course.”

What made you decide to do this half marathon?

“Well, I love Star Wars and that was a big motivation factor, but the fact that my sister was gonna be here definitely sparked a lot of interest. I’m glad that we can do this together.”

You got to choose a side: Light side or Dark side. What side are you running for?

*Light Side sister is shocked by this answer*

“I don’t know I’m kinda like grey…that’s how I feel about it.”

Have you done any other runDisney races?

“I did. The Captain America 5K (2016) out in Disneyland when they were still doing races. That was a lot of fun.” Based on your experience to this point, would you recommend this to anyone else or do you think maybe runDisney isn’t for everybody?

“No, I would definitely recommend this. Any [Disney] fans, they have a ton of different races that you can do. There’s a lot of high energy, and it’s a blast. Anybody can do it, you know, you just got to have the motivation that’s all.”

Is there anything you’re concerned about for doing your first half marathon?

“Maybe just like, my shoe falling off, or losing something along the course. Yeah that’d be about it I guess.” After the race, how did you feel?

“Um, I was really tired. but I also felt good because, I don’t know, you feel like you accomplished something and it’s like ‘oh yeah, I did 13.1 miles!’ Like such a distance that won’t come in handy any time, but I did it! It definitely kicked my butt.”

Now that you’ve completed the race is there anything you would have done differently to prepare for it?

“I probably wouldn’t have been as lazy, not that I was lazy the whole time.”

Do you mean your training?

“Yeah, I trained, but probably not to the full capacity or maybe I didn’t allow enough time for it. But I didn’t feel like I was going to faint on the course, I didn’t feel sick, just a lot of muscle exertion.”

Was there a favorite moment for you or favorite part of the course?

“Running through the parks was super cool. Running on the streets was pretty boring, but yeah, running through Animal Kingdom was pretty cool cus I never go there much anyway, and I love [Hollywood] Studios so that was a lot of fun. And then running around the World Showcase and Epcot…I think it’s beautiful so, I liked seeing that. And all the Cast Members along the way or even the random people you see, and they’re all cheering you on, that’s really cool.”

Now that you’ve done your first half marathon, do you think you’d be willing to do another one?

“Yes. Absolutely, yes. I would totally do it, I would train more. I would definitely sign up, I would not hesitate. Yeah. And maybe a Challenge one of these days. I don’t know, we’ll see.” I should note that I didn’t interview her right after the race. It was a full two days later and we were a little rushed, but her enthusiasm is genuine. Following the race up until we parted ways, she kept saying, “I can’t believe it’s over already!” By the time we got to record I think all the exhaustion felt crossing the finish line had transformed into excitement for future runDisney events. Maybe that’s why “every mile is magic.” Running with a minor

On another note, my sister was a minor when she participated in the half marathon. runDisney half marathons are open to runners 14 years of age and older. Because my parents were leaving her in my care for the weekend, I had stressed that she needed to bring the waiver signed by our mother with her. Since I was serving as her guardian it turns out, I (an adult over 21) needed to sign the waiver and present my ID before they’d allow her to pick up her bib. 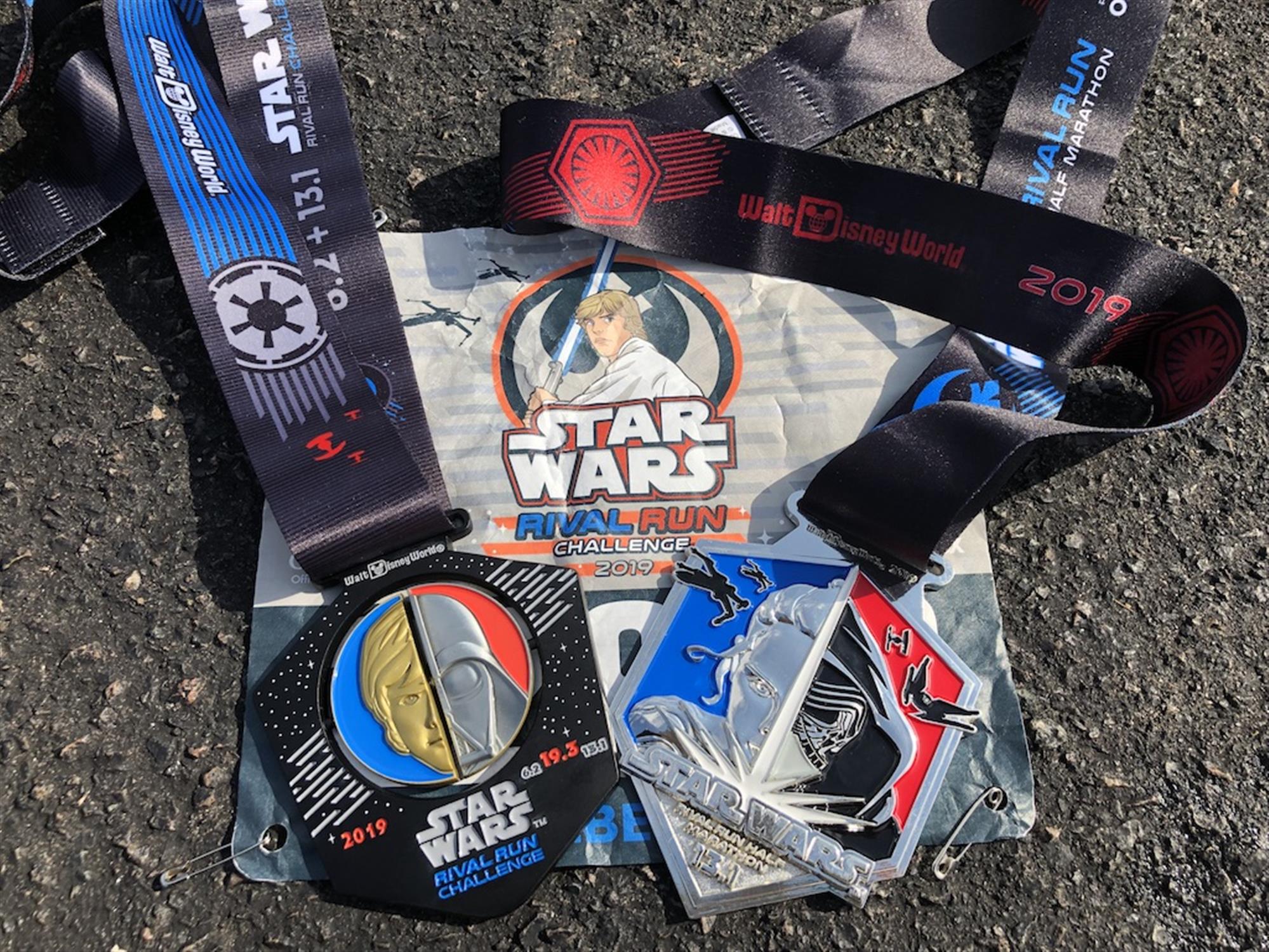