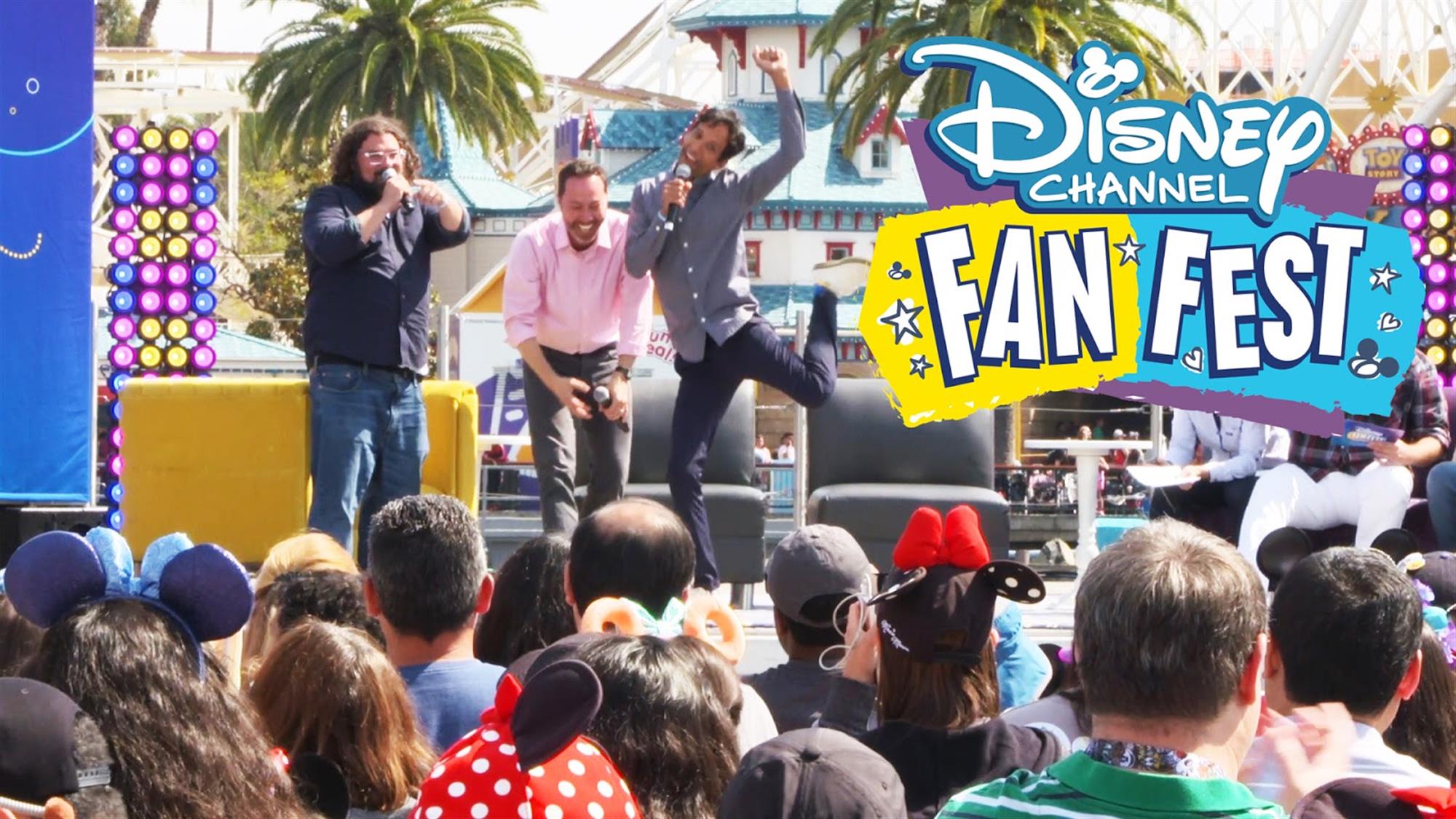 For more than 35 years, Disney Channel has been entertaining American children and tweens with its inimitable brand of youth-oriented entertainment. And for two years running, Disneyland Resort has been celebrating that legacy by hosting Disney Channel Fan Fest in its world-famous theme parks.

This past Saturday at Disney California Adventure, the casts and creators from hit shows like Andi Mack, Raven’s Home, DuckTales, Big City Greens, and the upcoming Amphibia gathered together in front of Paradise Bay for Disney Channel Fan Fest, where they discussed how they go about putting these successful series together. But first all the celebrities in attendance participated in a big Street Party Cavalcade down DCA’s parade route.

The cast of Raven’s Home (including Raven-Simone, Sky Katz, Jason Maybaum, Issac Ryan Brown, and Navia Ziraili Robinson) chatted about their show’s popularity and what it’s like running into fans while walking around Disneyland.

DuckTales cast members Bobby Moynihan (Louie) and Danny Pudi (Huey) joined together with the show’s creative team– not to mention the help of the audience– to generate an improvised episode live on stage.

And finally, we got a quick preview of the highly anticipated animated series Amphibia with its creator Matt Braly and star Brenda Song.

Of course, in addition to the shows listed above, we also spent some time with the cast of the Disney Channel Original Movie Descendants 3 and heard live musical performances from many of the talented celebrities present for the event. Overall, it was a truly wonderful day for Southern California Disney Channel fans at Disneyland Resort!