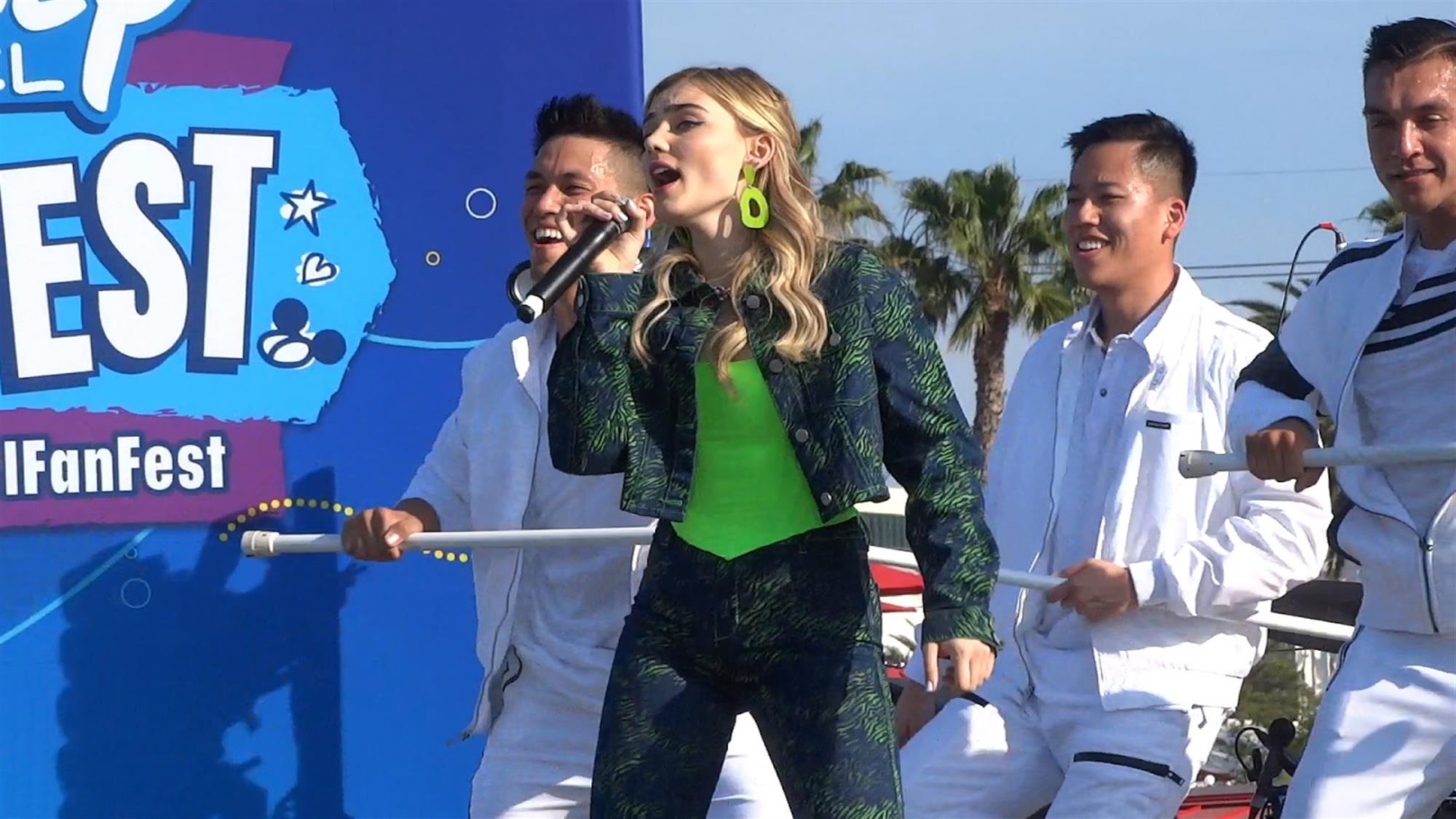 For decades now, Disney Channel stars have been known to launch their own hugely successful music careers. From Miley Cyrus and Ariana Grande to Selena Gomez and Demi Lovato, it seems that Disney Channel is the perfect place to start out if you want to be a pop star.

In the videos above, Ruby Rose Turner performs her hit songs “Ruby Rock” and “The Mirror,” Kylie Cantrall performs “That’s What I’m Talkin’ Bout,” Issac Ryan Brown performs “Goin In,” Meg Donnelly performs “Smile” and “Digital Love,” and finally Booboo Stewart’s musical act That Band Honey performs “Anybody” and “You and Me.”

For more information and coverage from Disney Channel Fan Fest 2019 at Disneyland Resort, check back here at LaughingPlace.com.