With all of us still in the middle of Avengers: Endgame frenzy, Marvel and Sony released a new trailer for Spider-Man: Far From Home this morning. The new trailer was loaded with Endgame spoilers (as Tom Holland warns you before it starts), but it also gives us a much closer look at and more information about the mysterious and possibly villainous Mysterio. Now, fans of Spider-Man will immediately recognize the name “Mysterio.” He’s a classic Spidey foe who made his first appearance in “The Amazing Spider-Man #13” all the way back in 1964. Since then, Mysterio been featured in all kinds of media, from video games to Spider-Man animated series. Quentin Beck AKA Mysterio, is a former special effects wizard and stuntman who uses his talents to impersonate Spider-Man and create the Mysterio persona for his own personal gain. But why am I explaining this to you? Luckily, Mysterio is from the era of comic books where villains would literally give you their entire backstory word for word. So I’ll let Mysterio explain who he is himself. 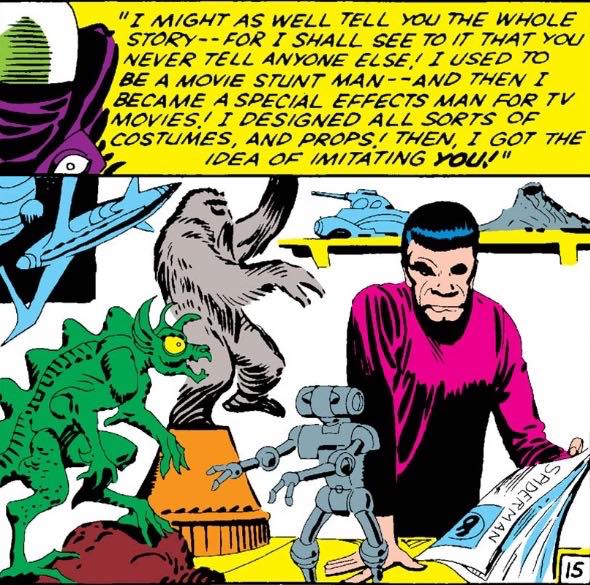 So that’s ol’ fishbowl head in a nutshell. He created a bunch of tech to impersonate Spider-Man and make him look like a thief. Then, as Mysterio, he defeated Spider-Man (or so he thought) to make himself look like a hero. 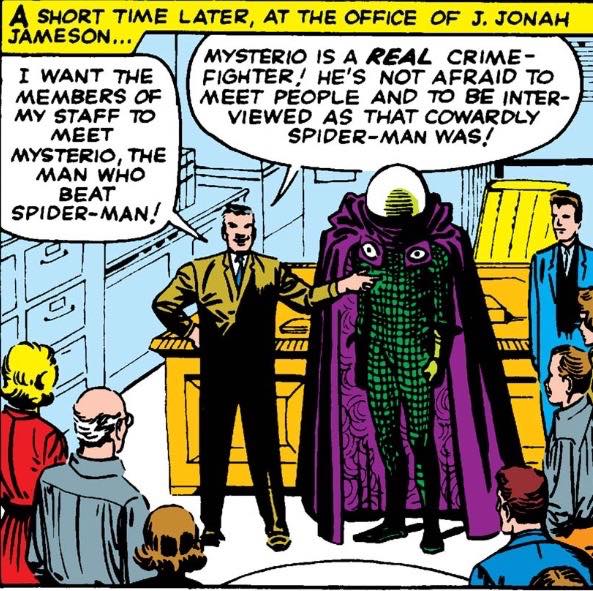 The Mysterio we see in the trailer, played by Jake Gyllenhaal, is different from the one we’ve known for so many years however. As he and Nick Fury explain, he’s from another timeline that was opened up due to the events of Avengers: Endgame. Now, he’s here to fix what was set wrong by the snap.

Or is he? Mysterio’s talents make him a master manipulator. My guess, and this is truly only a guess, is he’s not telling the whole truth in the beginning of Spider-Man: Far From Home.

While the backstory has changed and this Mysterio is (possibly) coming from a different timeline, I’m thinking one aspect of the character is remaining the same from his comic origin. It seems as though Mysterio is masquerading as a hero, only to eventually prove himself to be the villain. This could mean that he is lying about being from another timeline and simply using that as an opportunity to pose as a hero. Perhaps the Quentin Beck of our timeline benefits from the events of Far From Home and Mysterio is claiming to be an alternate version of himself so that he can disguise his own crimes.

That’s perfectly not at all confusing right? One thing we know for sure is that the MCU just got opened up for a myriad of possibilities with the proposal of a multiverse. We’ll just have to wait and see what Mysterio’s true intentions really are.