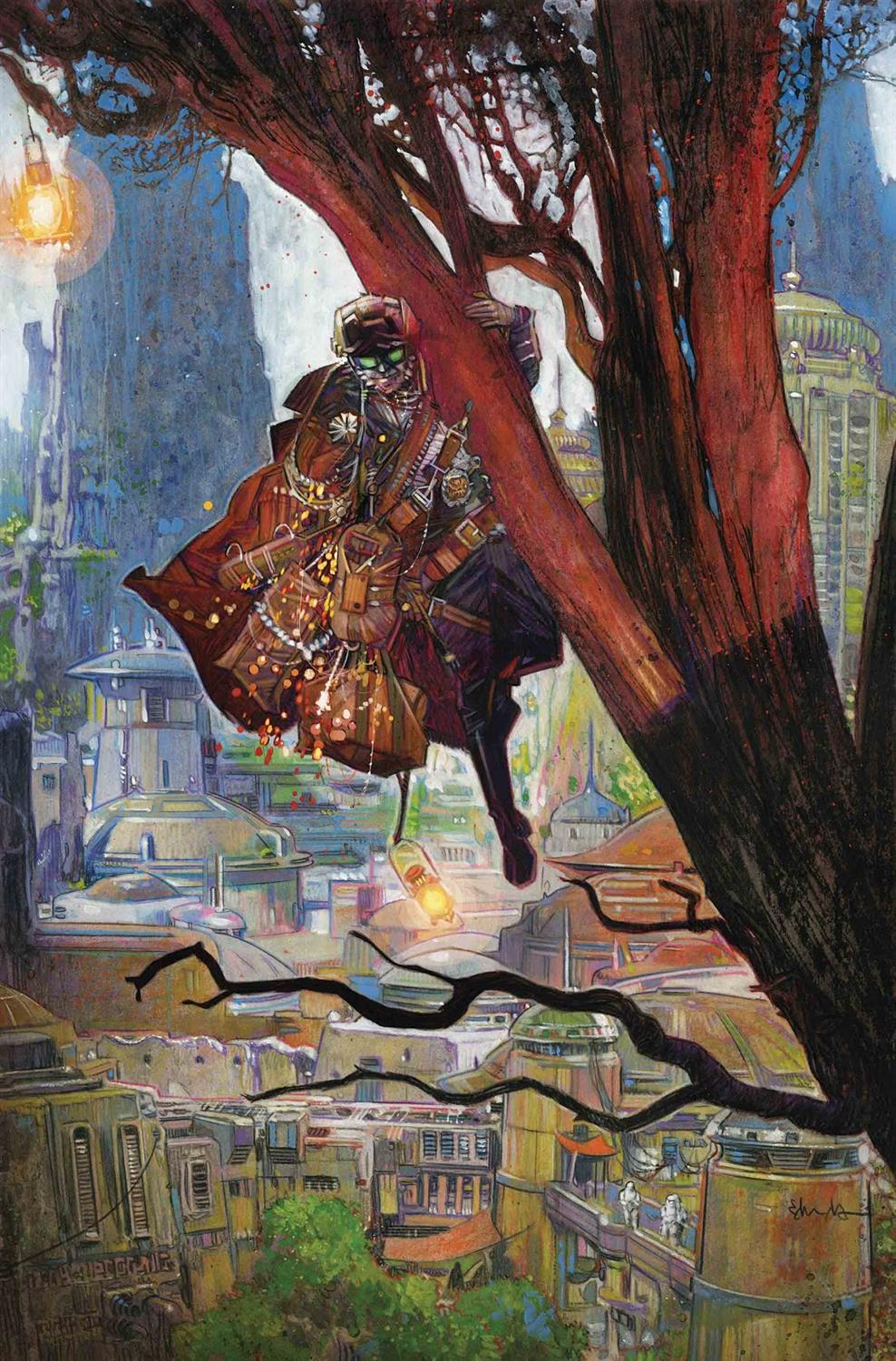 The world of Disney’s new theme park expansion Star Wars: Galaxy’s Edge is so expansive and richly detailed that it’s capable of supporting its own tie-in novels and comic books, filling in the backstory of Black Spire Outpost on the planet Batuu. This week, the third installment in Marvel Comics’s five-issue Star Wars: Galaxy’s Edge series hit comic shops, and it continues the story of local shopowner Dok-Ondar and his decades-long quest for antiquities.

Picking up where issue #2 left off, “Honor Among Thieves” follows outlaws Kendoh and Remex as they attempt to swindle pirate Hondo Ohnaka, who himself is working as a spy for Dok-Ondar. The bookend sections of this issue take place in Black Spire’s “merchant row” (home of The Milk Stand) and inside Oga’s Cantina, which oddly looks to have a little more room to breathe in the colorful artwork by Will Sliney (Spider-Man 2099) than it does in real life. 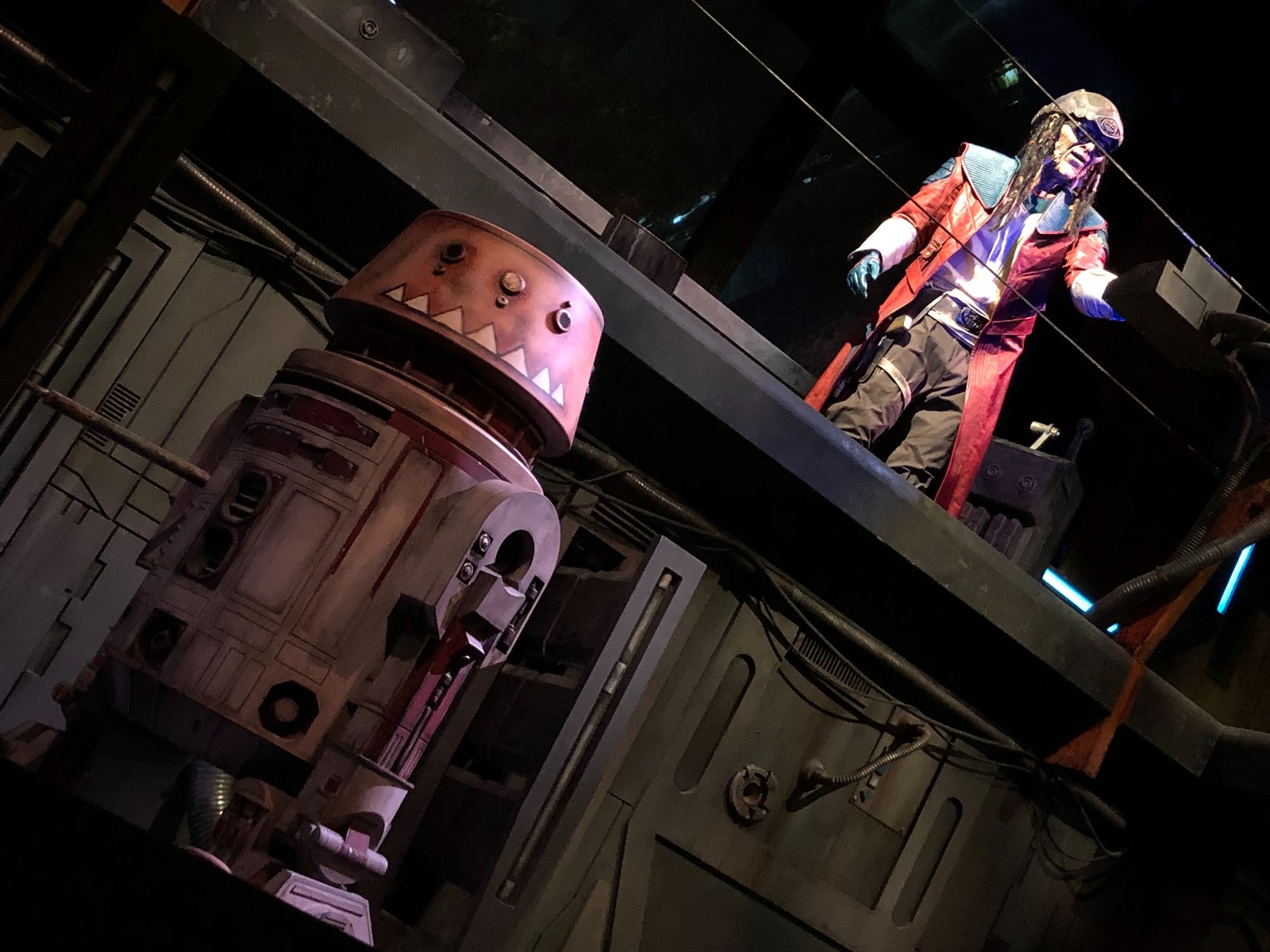 Hondo and Dok, it seems, have a history together, having once traveled to the planet Jedha (as first seen in Rogue One: A Star Wars Story) to collect a rare Kyber Crystal statue carved by a Jedi’s lightsaber. A flashback to these events takes up most of this issue’s action, as Hondo relates the tale to Kendoh while fending off her double-double-cross. Along the way, the pirate and the collector face off against the Guardians of the Whills, including the character Chirrut Îmwe, played by actor Donnie Yen in Rogue One.

It seems the Guardians are not too thrilled about the idea of Dok-Ondar swiping one of the Temple of the Kyber’s treasured statues without permission, and they’re willing to put up a fight to protect it. It’s cool to see several supporting characters we know from disparate corners of the Star Wars galaxy collide with each other in such a way, and the conflict makes for an interesting one, especially considering it ultimately reveals elements about Dok’s background and the reason he does what he does for a living. The book’s story and writing by Ethan Sacks (Old Man Quill) are fun and engaging, and make the reader want to revisit both the theme park land and movies that inspired it. I feel like I’ve spotted the statue in question in Dok-Ondar’s Den of Antiquities before, but when I look for it again on my next visit I’ll actually have an interesting narrative to go along with it.

This issue ends with a bit of a twist: an appearance by another recurring character in Marvel’s current run of Star Wars comics (to the point where she even has her own ongoing title): that rogue archaeologist– and foil for her former boss Darth Vader– Doctor Aphra. And based on the cover that has already been unveiled for next month’s #4, Aphra will take a lead role in the following adventure, due out July 31. 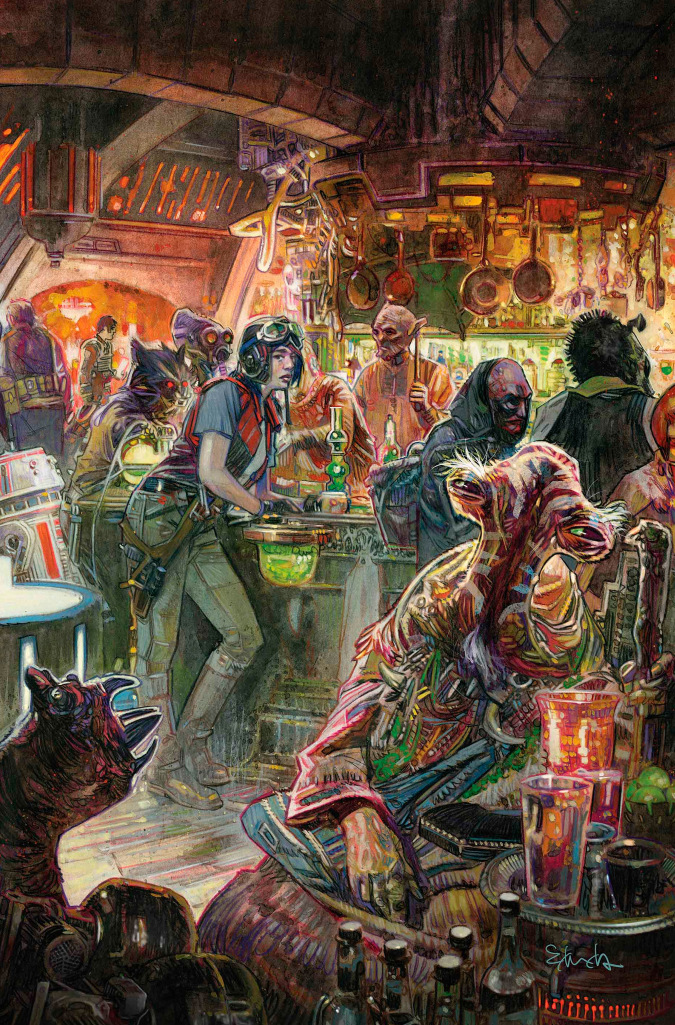 So far I have really enjoyed this series’ modus operandi of couching flashbacks in an overarching plot, and I’m looking forward to seeing what happens next as Remex, Kendoh, and Wooro try to make away with Dok-Ondar’s most fabled relic as they simultaneously work to avoid the First Order troops stationed on Batuu. In addition to getting a few great moments with Chirrut Îmwe, I particularly liked seeing DJ R3X pop up in this month’s issue, and I hope we continue to get more cameo appearances by characters created for the theme parks. Maybe we’ll see Vi Moradi before the fifth issue is over.