Tags: Disney California Adventure, Disneyland Resort, Inside Out, Inside Out Emotional Whirlwind! 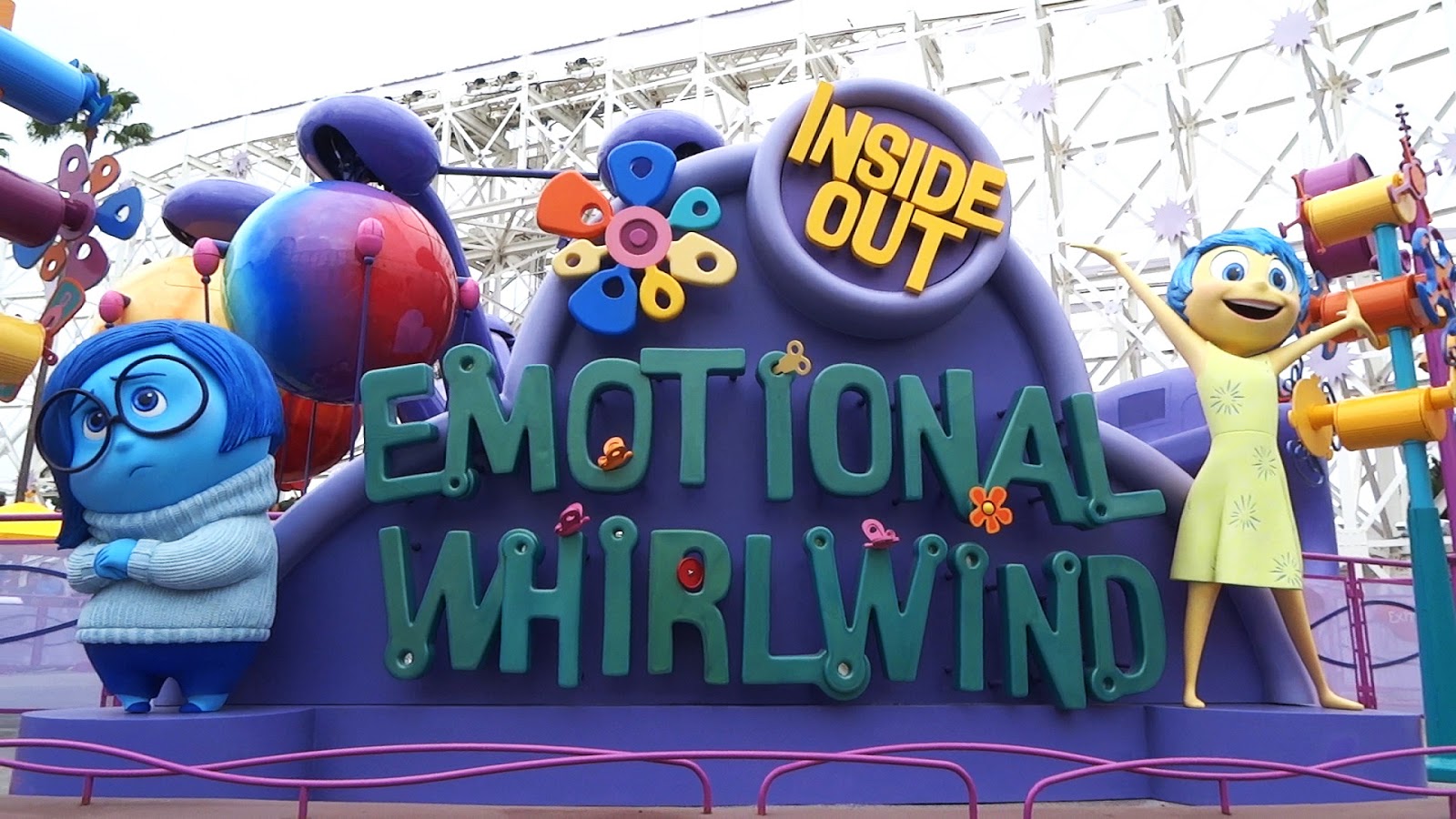 Yesterday morning we reported that Disney California Adventure’s new attraction Inside Out: Emotional Whirlwind had briefly soft-opened in the now-completed Pixar Pier area of the park. And this morning, Disneyland Resort made it official! The spinner ride (a retheme of Flik’s Flyers, relocated from the former A Bug’s Land area) is based around the 2015 Disney/Pixar animated feature Inside Out starring Amy Poehler and Mindy Kaling, though as far as I can tell the original actors do not lend their voices to the attraction.

Inside Out: Emotional Whirlwind features some very colorful new signage and decor with large-size static figures of Joy, Sadness, Fear, Anger, and Disgust positioned around the ride. The attraction itself boasts five new tunes written by prolific Inside Out composer Michael Giacchino, each inspired by one of the five emotions. Otherwise Emotional Whirlwind is a pretty quick, fun low-level thrill aimed at younger riders and families.

This morning Disney California Adventure hosted a celebratory opening ceremony starring Disneyland Resort Ambassadors Justin Rapp and Rafa Barron, plus the park’s Vice President Patrick Finnegan and a special appearance by Joy and Sadness themselves. “We are so excited today to be opening Inside Out: Emotional Whirlwind,” said Finnegan. “And this week we are also celebrating the one-year anniversary of Pixar Pier. With this attraction, I am so proud to say that Pixar Pier is now complete.”

“It's been a thrill working with our partners up at Pixar,” said Elliott Rosenbaum of Walt Disney Imagineering. “They create these amazing, immersive, never-before-seen worlds, and were essential partners in walking with us every step of the way as we dreamed up how to take those animated digital environments and put them in the real word.”

“[Inside Out] is one of Pixar's most beloved films,” said Krista Sheffler, theme parks manager at Pixar Animation Studios. “[Emotional Whirlwind] the first time that we've been able to pull it off the screen and make it physical so people can come and visit it with their family and friends. We're so thrilled at Pixar to have this all done and finish Pixar Pier. It's awesome!”

Inside Out: Emotional Whirlwind is now open in the Disney California Adventure theme park at Disneyland Resort in Anaheim, California. For more information and advance ticketing resources, be sure to visit the resort’s official website. 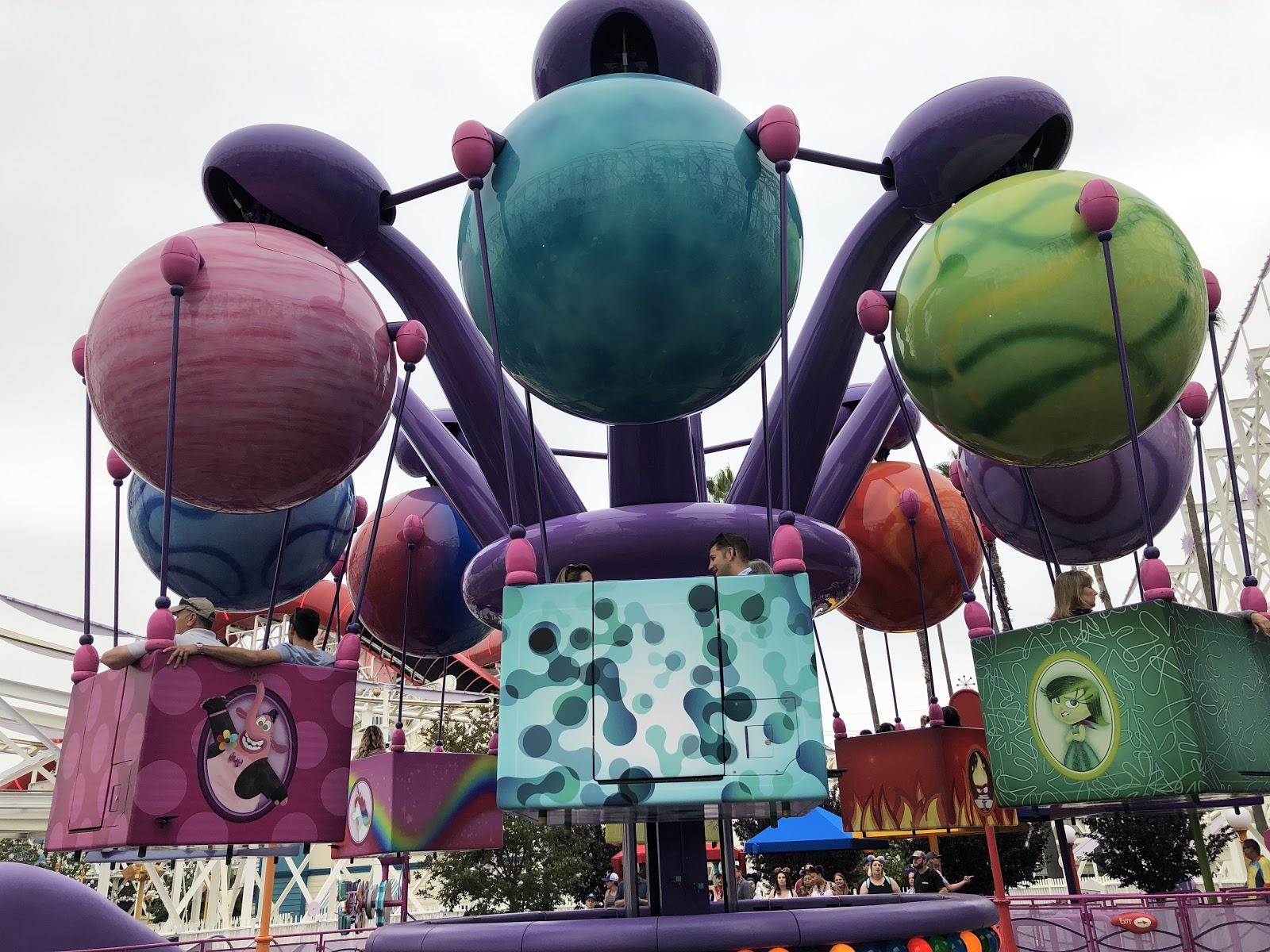