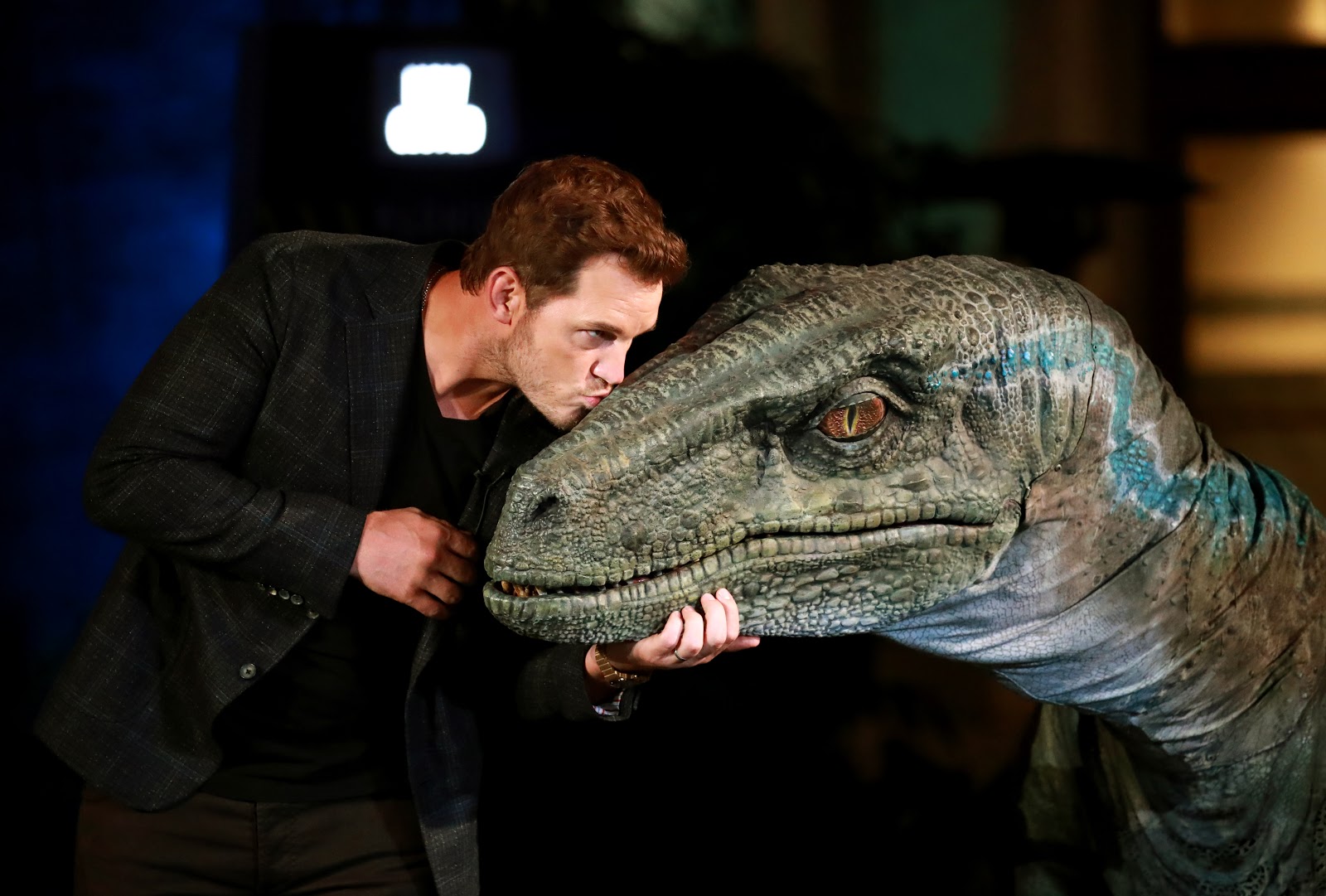 Welcome… to Jurassic World. About three weeks after Jurassic World: The Ride (the new retheme and complete overhaul of 1996’s Jurassic Park: The Ride) first opened for technical rehearsals, and a week and a half since the attraction officially began welcoming guests, Universal Studios Hollywood held a grand opening ceremony outside the main Jurassic World gate in the Southern California theme park’s Lower Lot area.

During the event, we also had the opportunity to get an up-close look at the variety of food and beverages offerings available at the Jurassic World area’s Jurassic Cafe counter-service restaurant and Isla Nu-Bar tiki bar. Items include:

Then, after enjoying Jurassic World: The Ride a couple of times (while wearing an official Universal Studios Hollywood poncho so as not to get too wet), I took the time to record a full loop of the ride’s preshow video, which once again stars Pratt and Howard reprising their roles from the movies, plus Jurassic Park and Jurassic World veteran B.D. Wong as Dr. Henry Wu.

Jurassic World: The Ride is now open at Universal Studios Hollywood in Los Angeles, California. For more information and POV video of the attraction itself– not to mention the fun Triceratops and Raptor Encounter interactive photo op experiences– be sure to visit our post from the ride’s opening day.