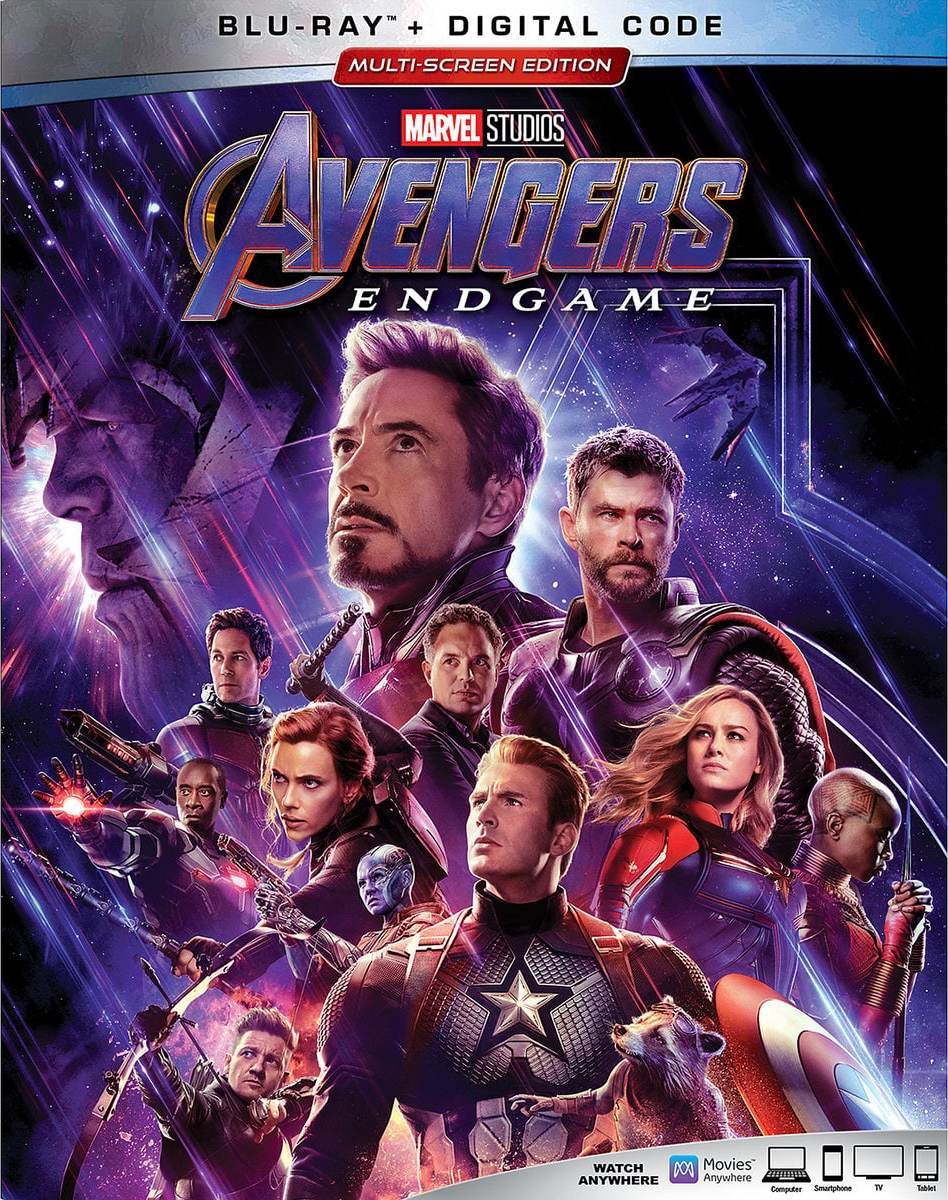 Marvel Studios’ Avengers: Endgame recently became the highest grossing film of all time, bringing in almost $1 billion domestically and almost $3 billion worldwide. If this isn’t the must-own film of the year, I don’t know what is. The question isn’t to buy it or not to buy it, but rather which version to get. This review covers the Blu-Ray/Digital combo pack, but it’s also available in a 4K combo as well or digital only.

Ten years of Marvel Cinematic Universe films have led to this moment, resolving the cliffhanger ending of Avengers: Infinity War and allowing some of the franchises most beloved characters to take a bow. Whether you’ve been following the entire series or only a handful of characters, there’s a little something for every fan in Avengers: Endgame, which is no doubt the secret to its Hulk-sized success.

The world is still coping with the sudden loss of half the population following Thanos’ snap. When Ant-Man returns from the quantum realm, he reunites with the surviving Avengers with a plan that involves time travelling through past MCU events to capture the Infinity Stones before Thanos ever obtained them. But when Nebula’s mechanized parts synch with the mind of the Nebula in the past, Thanos grows wise to their plan and has another trick up his sleeve to prevent them from undoing his life’s work.

The film offers a fun time-travel experience through some of the most memorable moments in the MCU to date, making it feel like a celebratory retrospective with tongue-in-cheek jokes. It rewards attentive fans in spades and leads to the most touching moment in the franchise, bringing Phase Three almost to a close and wrapping up the main storylines in an epic finale worthy of a standing ovation.

The Blu-Ray release has two discs, one for the feature and another disc for bonus features. It’s not that there are so many bonuses that they wouldn’t have fit on a single disc, but merely that they wouldn’t all fit due to the length of the film.

Marvel Studios films have always had demo-disc worthy Blu-Ray transfers and Avengers: Endgame is no exception. Color levels are handled extremely well, with the brightest whites and darkest blacks not feeling saturated or dilluted. Details are crisp and clear, allowing you to fully appreciate the artistry that went into the sets, props, and costumes.

The primary audio option is a 7.1 DTS-HD Master Audio mix. The mix places you in the center of the action and sound travels around the room. A perfect example is Mjolnir being summoned from off screen. You hear it echo behind you, travel over your head, and appear on screen in the epic battle. Other audio options include a 2.0 descriptive track, plus French and Spanish 5.1 Dolby Digital.

Avengers: Endgame is the kind of film that demands to be seen multiple times. With the Blu-Ray release, you don’t have to wait any longer to revisit the exciting conclusion to the stories of several of the most memorable characters in the MCU as the emphasis shifts to newer characters. With an engaging commentary track, behind-the-scenes featurettes, and deleted scenes, fans can dive deeper into the filmmaker process to feel like a member of the crew.