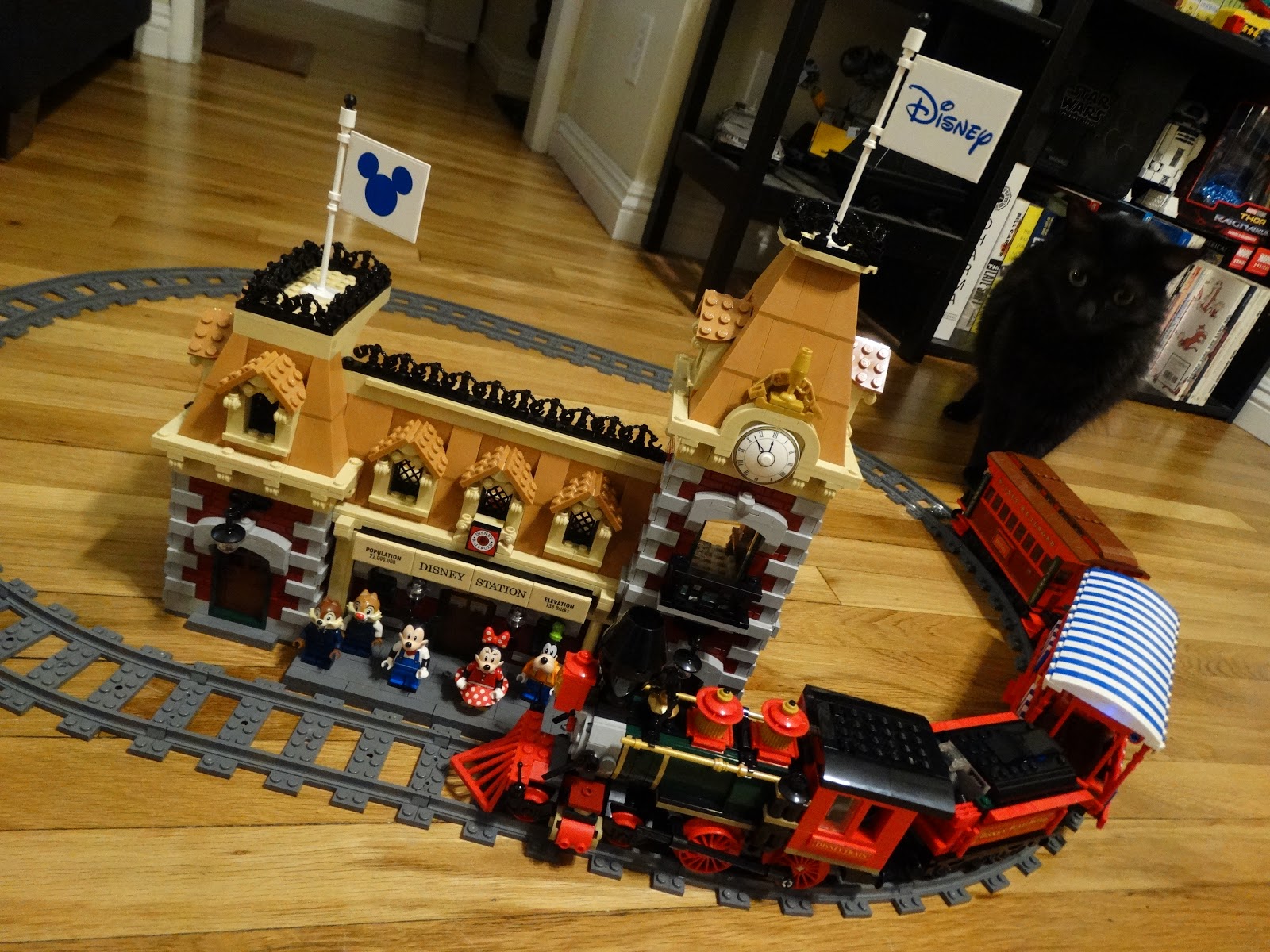 A dream is a wish the heart makes… and ever since I was a kid, I wished LEGO would make official building sets out of famous attractions and structures seen around Disney theme parks. It only took a few decades of wishing, and now it’s finally coming true! In 2016, LEGO released the Disney Castle set (really Magic Kingdom’s Cinderella Castle at Walt Disney World) and now, as of this week, we’ve got the LEGO Disney Train and Station— modeled after the Disneyland Railroad and Main Street Train Station at the original Happiest Place On Earth in Anaheim, California.

I spend the entire day yesterday unboxing and building the LEGO Disney Train and Station, recorded it all on video, and uploaded an edited speed-build review of the fantastic, extremely intricate set to the Laughing Place YouTube channel for your enjoyment.

The first thing that struck me about LEGO’s Disney Train and Station set upon completing the build was how large the actual train is. I had cleared off a space on my shelf to display it and it turned out to be too small by about half. The train station, on the other hand, is about as big as I’d pictured from the images on the box, but I was incredibly impressed by the amount of detail and complexity that went into the building’s design.

Included in the set are five minifigures: Mickey Mouse as the train engineer, Chip ‘n Dale as the conductors, Minnie Mouse in a cloth skirt– as opposed to the plastic one she’s come with in the past, and (for the first time ever) Goofy. The train is also battery-powered and can be operated only via a downloadable app called LEGO Powered Up. It’s a shame that Disney Train and Station didn’t also include a remote control so kids could run the train without relying on a mobile device, but there are other options available if you want to purchase a different motor and do some customization of your own. 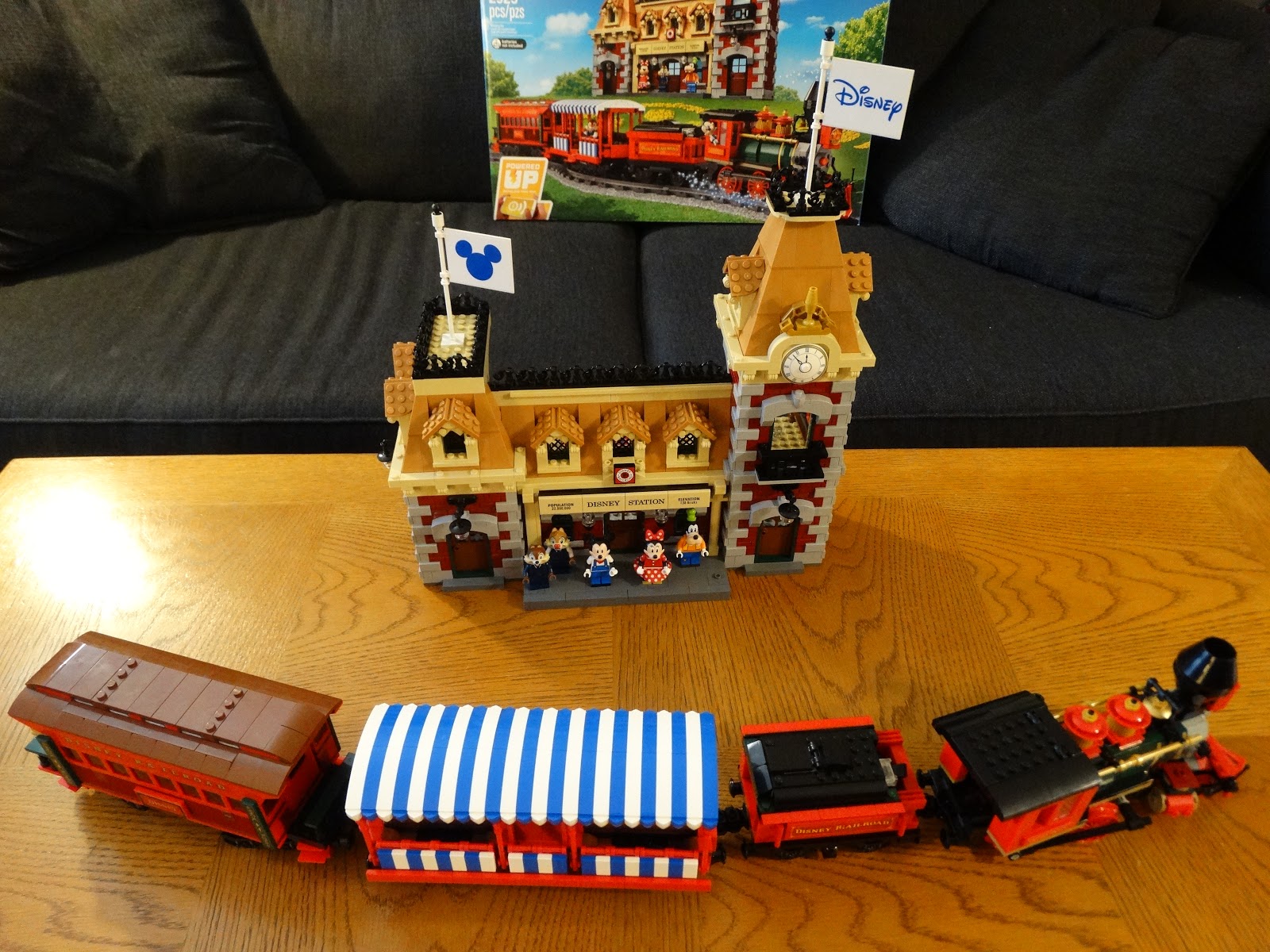 Speaking of customization, I’ve also always dreamed of building a LEGO minifigure-scale version of Disneyland in its entirety, though it would obviously cost many thousands of dollars and take up an impractical amount of space, but this new Disney Train and Station set is a great step in making that particular dream become a reality as well. 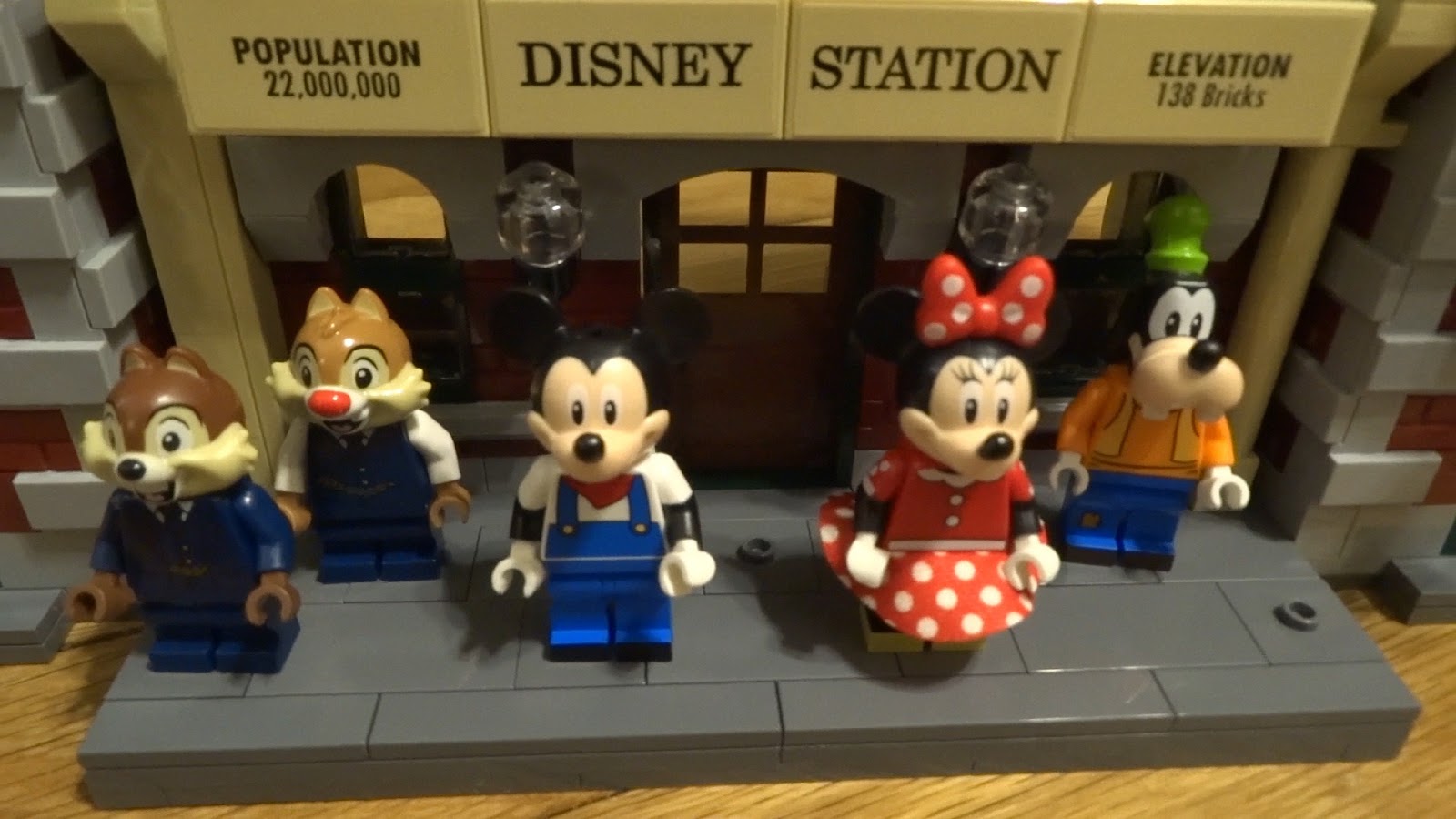 Disney Train and Station is available for purchase now at LEGO brand stores and at LEGO’s shop-at-home website.