The “Journey to Star Wars: The Rise of Skywalker” continues this week with the second issue– out of four total– of Star Wars: Allegiance, a Marvel-published comic book set between Episodes VIII and IX of the larger Star Wars saga.

In this installment, we pick up where issue #1 left off with General Organa, Rey, Rose Tico, and C-3PO arriving on Mon Cala in search of reinforcements for the Resistance, though they are only met with suspicion and hostilities– especially from the Mon Calamari’s sister species the Quarren. It seems the residents of this planet (once a key Rebel Alliance stronghold) have grown bitter due to hardships they’ve faced after decades of war, not to mention the recent loss of local hero Admiral Ackbar. 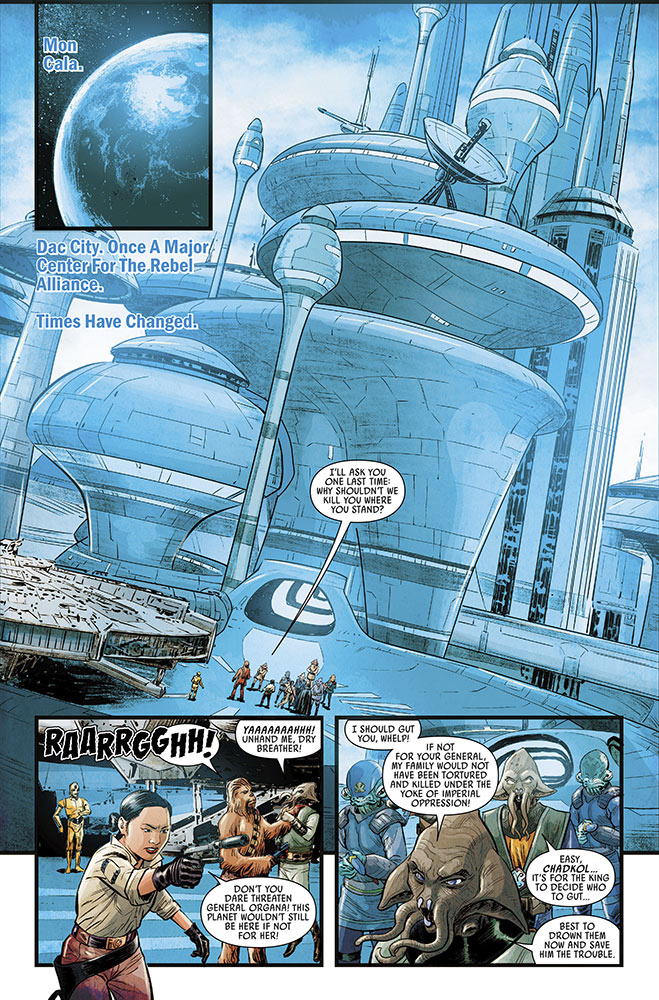 Meanwhile, Finn and Poe Dameron find themselves on the moon of Avedot, hoping to find a cache of weapons impounded by the New Republic. They’re tracked there by the Kendoh Gang of bounty hunters, who spring a trap thanks to the help of the shapeshifting Clawdite Remex Io. And on the neutral world of Fondor, Leia’s wayward son Kylo Ren beheads a statesman for simply having communicated with the Resistance, with the intent on getting the message out that no amount of treason against the First Order will be tolerated, no matter how minor. “We learned from the mistakes of the Empire,” says Ren. “They were too lenient.” He doesn’t want the Resistance getting its hands on any means of regrouping after its losses in The Last Jedi, and he’s willing to do anything to ensure his enemies fail in their quests. Through this issue, Leia must negotiate with the Mon Calamari king after gaining the trust of Ackbar’s dutiful son Aftab, while Rey fights off aggressive Quarren and Finn comes up with a cliffhanger plan to deal with the Kendoh Gang. It’s intriguing to see direct mention of Rey’s missing lightsaber, which is probably a clue that she will rebuild the one passed down to her from Luke and Anakin near the beginning of The Rise of Skywalker (as she has been seen using it in the trailers). It also seems apparent that this miniseries will end with the Resistance joining forces with the Mon Calamari once again, though it would be interesting if the story didn’t go exactly in the way it’s being telegraphed. 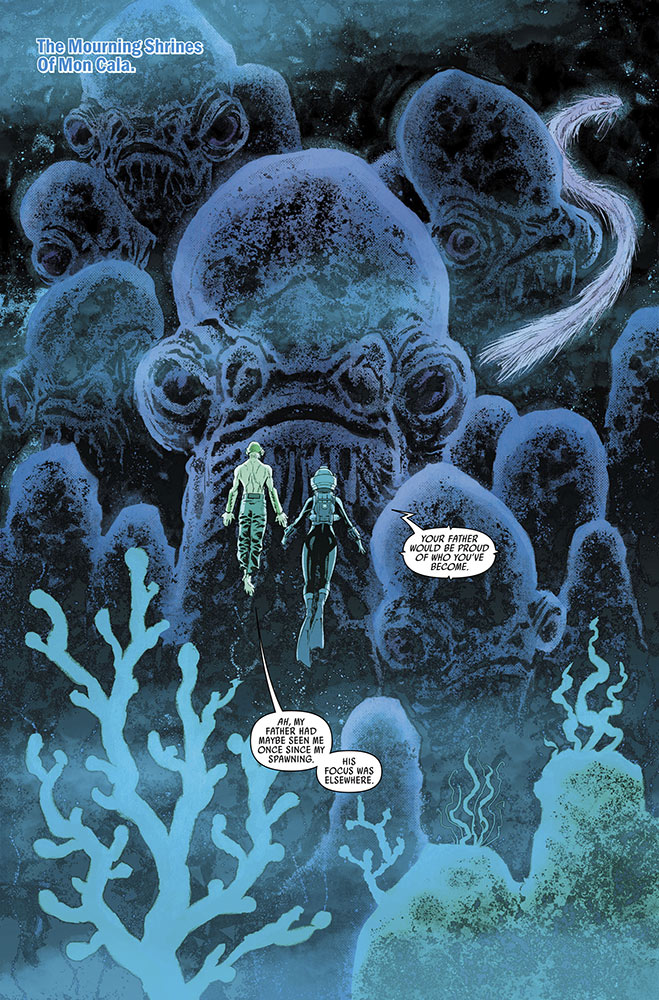 There’s something of a minor twist at the end of this issue that I won’t give away, but suffice it to say it should complicate things for our heroes in weeks to come. One of the great things about Star Wars: Allegiance (beyond the terrific writing and artwork by Ethan Sacks and Luke Ross) is that it’s being released weekly until it’s finished at the end of this month, which means we don’t have to wait very long at all between chapters. Then, after its completion, it’s just a short month-and-a-half wait until the new film hits theaters– and we’ll have the “Journey to The Rise of Skywalker” canon novel Star Wars: Resistance Reborn to fill that gap as well in early November. Lucasfilm Publishing’s pre-movie release schedule has been perfectly planned out this time around. 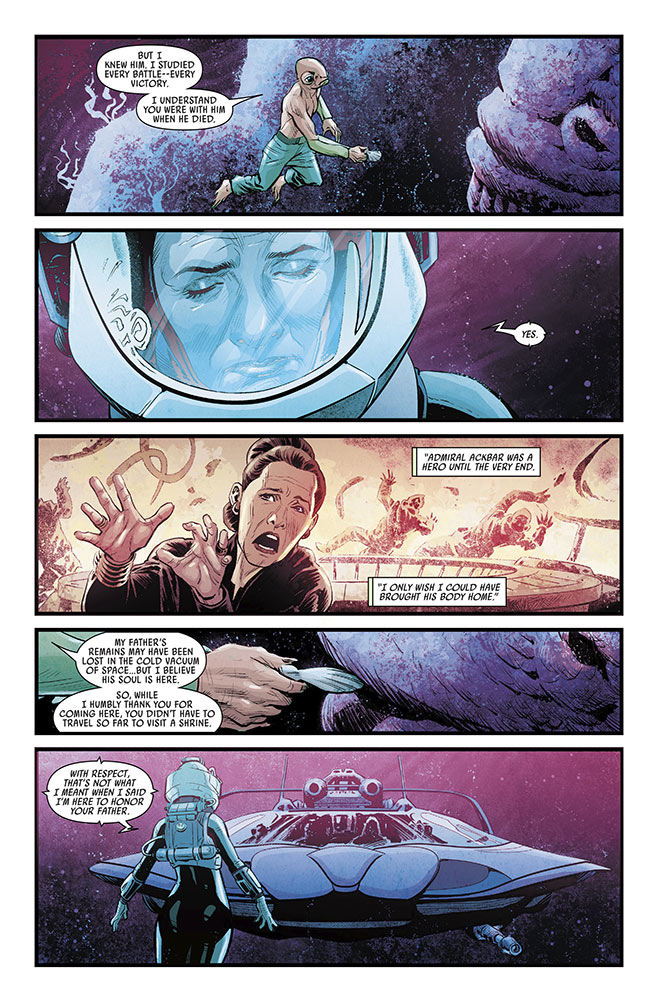