Adrift in space, the Colossus has officially run out of food… and nobody is happy about it. Captain Doza (Jason Hightower) says there’s no need to panic, but cantina operator Aunt Z (Tovah Feldshuh) decides she’s going to leave the station, as she believes there’s no longer any reason for her to be there. Other residents follow suit, and Kazuda (Christopher Sean) is surprised to see Neeku (Josh Brener) apparently joining the ranks of the departing masses. The pirates, however, see this unrest as an opportunity. 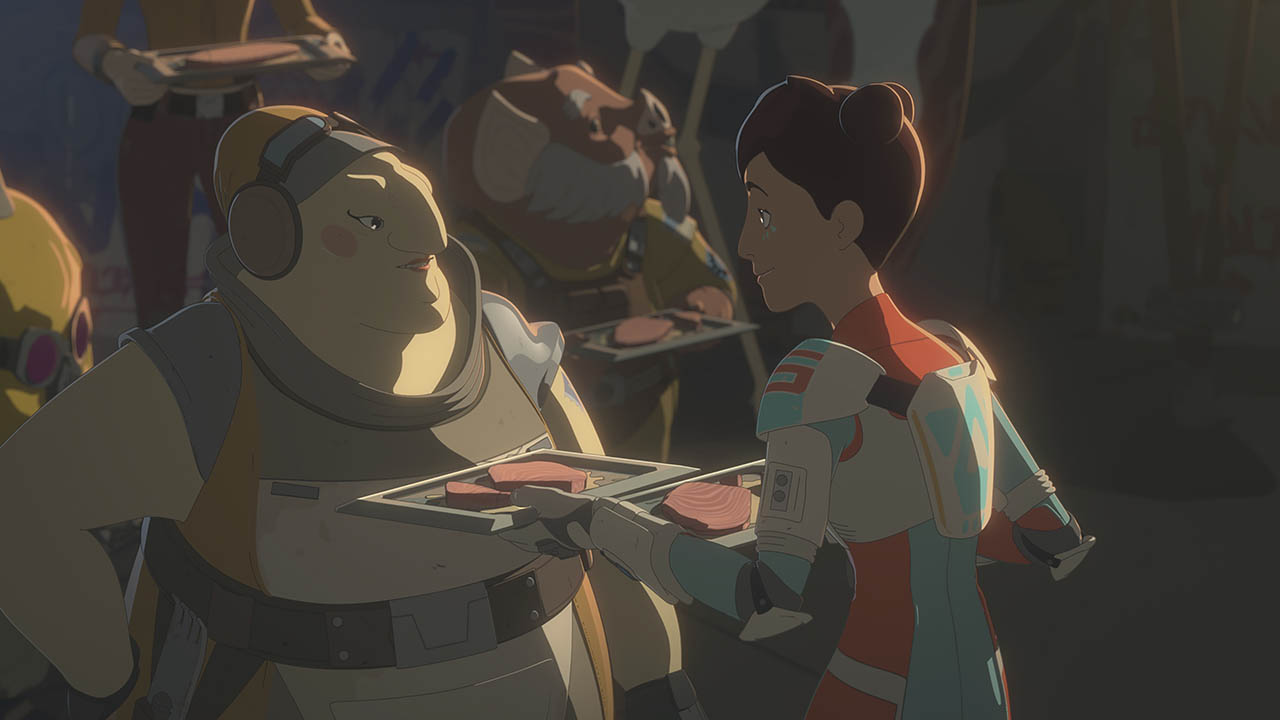 When Aunt Z begins packing up her belongings, Kaz and Torra (Myrna Velasco) offer to help. They propose that if they can catch the giant flying stingray-like beast– called the “jakoosk”– the Ace Pilots battled on the ice moon Celsor 3 in last week’s episode, Z can feed the population of the Colossus for a while, delaying the evacuation. The pirates overhear the mission pitch and offer to help, but Jarek Yeager (Scott Lawrence) is worried they’re covertly trying to spur a mutiny against Doza as the station’s leader.

The pirates embark on their hunt for the jakoosk with Kaz and Torra tagging along, but none of them are prepared to take the creature down. Captain Kragan Gorr (Gary Anthony Williams) and his crew are taken aback by the monster’s size, and some of the raiders panic, falling to what appears to be their doom below the freezing mist. Attempts to fire upon the jakoosk with the Galleon’s standard blasters fail and the hunters are forced to retreat, but not before Torra and Kaz save the remainder of the pirates from being eaten. They return to the Colossus empty-handed. 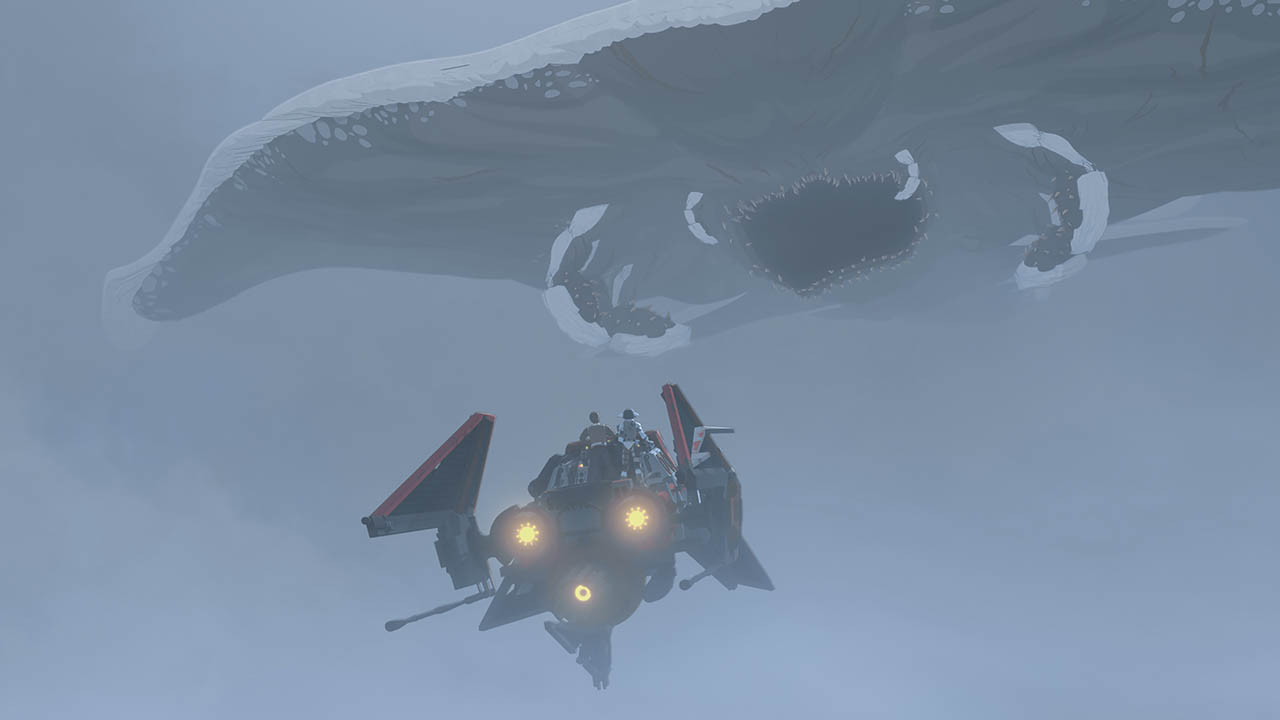 When Captain Doza takes responsibility for the defeat, Kaz and Torra come up with a new plan: they’ll take a high-powered cannon from Yeager’s garage and bring it down to the surface of Celsor 3, where there can fire it into the jakoosk’s more-vulnerable underbelly. But when they set out to try again, Kaz is dismayed to find Torra’s pet voorpak Buggles has stowed away aboard the Fireball.

Once they’ve landed on the moon, Buggles runs away and Torra is not happy about it. She chases after him, but soon finds the icy ground rising underneath her feet, as the jakoosk emerges from the surface below her. After collapsing to the ground near Kaz, the two pilots spot the missing pirates running for their lives. Unfortunately the fleeing buccaneers take Kaz and Torra’s ships in their frenzy to escape, stranding our protagonists on the sub-zero moon. 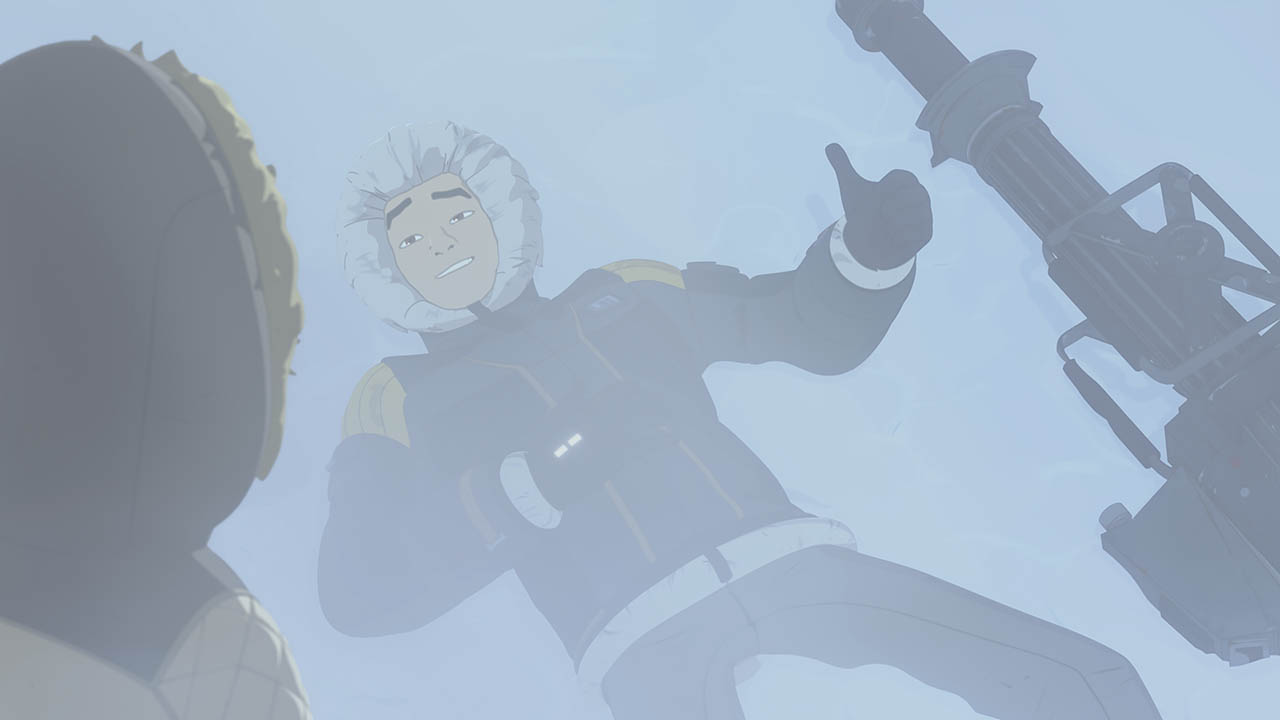 When the jakoosk swoops by for an attack, Kaz attempts to use the cannon against it, but its battery get detached by the enormous beast’s plated tail. Thinking quickly, Kaz has his droid CB-23 attach itself to the cannon, powering up the weapon in time to fire at the creature and take it down just in time before it eats poor Buggles. I know, I know– another episode in which Kaz actually does something useful. Will wonders never cease? Back aboard the Colossus, the community enjoys a jakoosk roast, and Aunt Z announces she will stay for the time being (presumably until the food runs out again). Doza gives an uplifting speech about how he is confident the group will make it through the war and see “the light” again, and just then a literal light is brought into their lives– you see, Neeku wasn’t planning on leaving at all. He spent the episode off-screen setting up a projection effect in the station’s marketplace to create an illusion of the Castilon sky. 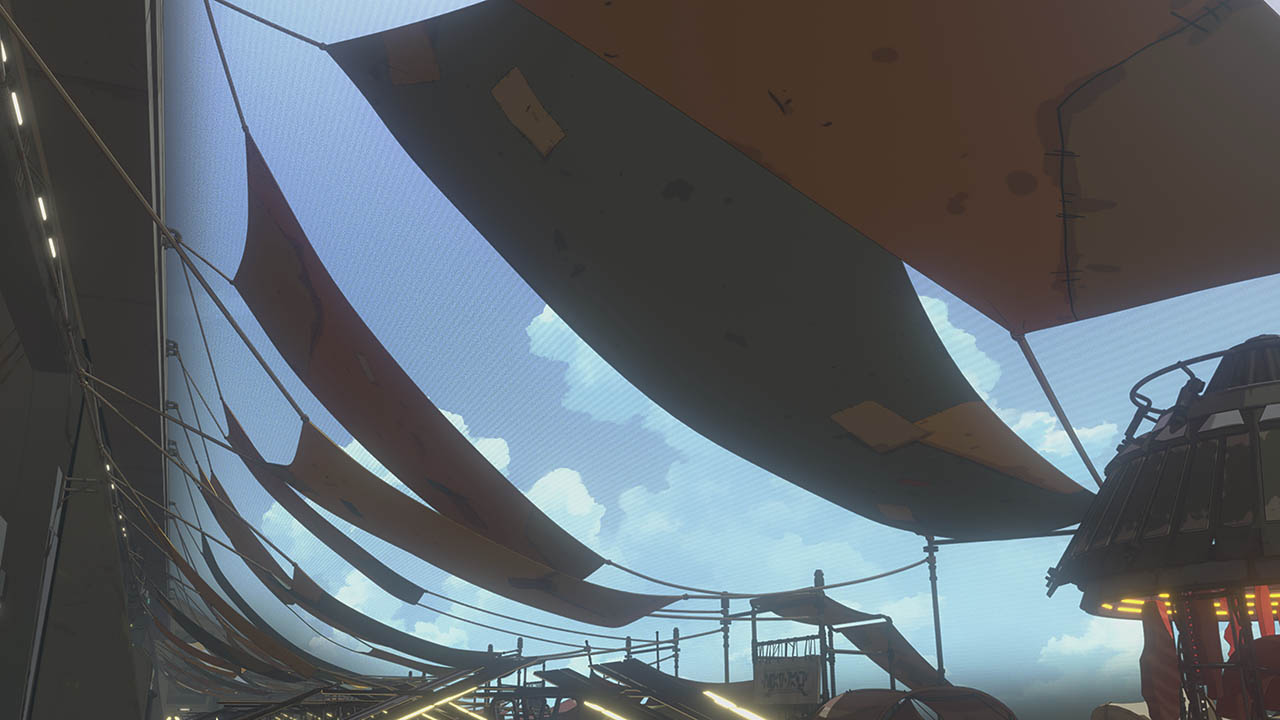 Next week: “The Engineer”