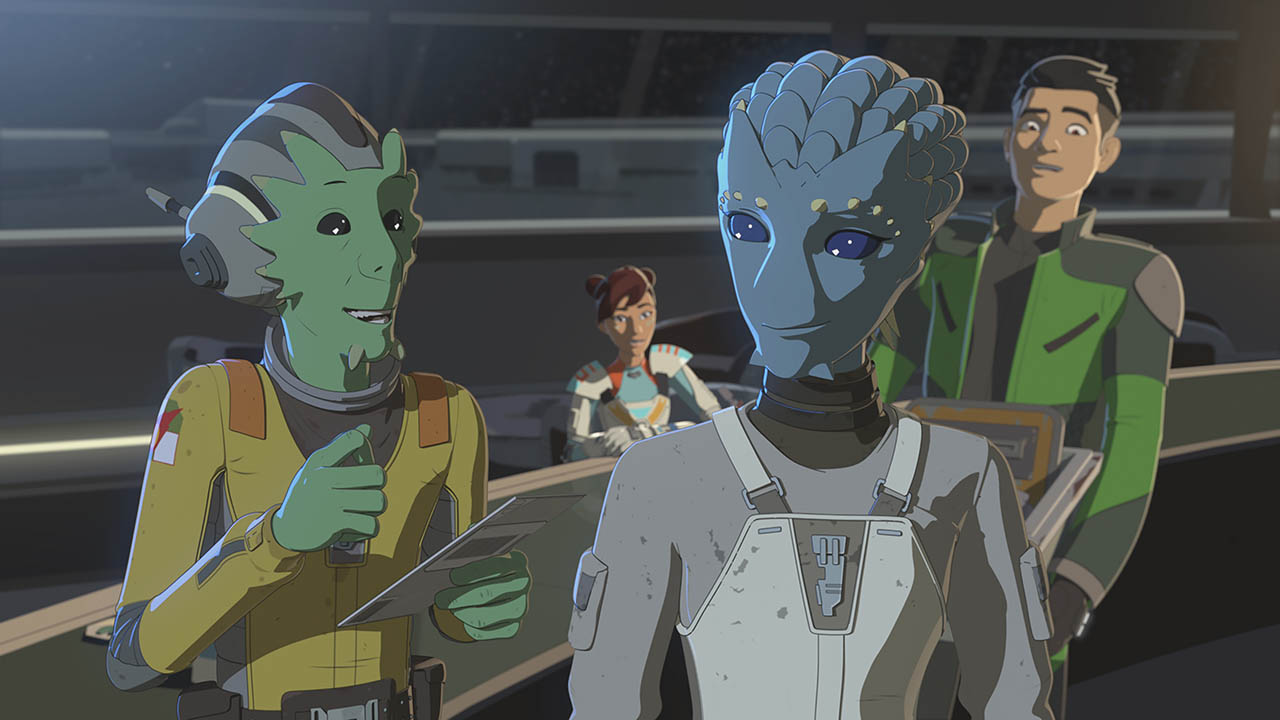 Welcome back to our weekly recap of the Disney XD animated series Star Wars Resistance from Lucasfilm Animation. This week’s episode– the fifth installment of the second and final season– is entitled “The Engineer” and begins with Neeku (voiced by Josh Brener) working to repair the Colossus’s malfunctioning systems such as long-range scanners and the bridge holoscreen.

Suddenly a distress call comes in, and though Captain Doza (Jason Hightower) worries it might be a trap, Kazuda (Christopher Sean) volunteers to investigate– though he must bring along muscle in the form of Synara San (Nazneen Contractor). The pair find one lifeform aboard a disabled ship: Nena (Meghan Falcone), a computer engineer who says she narrowly escaped the First Order’s occupation of her home planet. Back aboard the Colossus, Nena and Neeku find they work well together, and Doza welcomes their combined help in getting the remaining systems back up and running. But when the pirates ask for assistance with a power issue, Nena seems hesitant. After checking a readout, she accuses the pirates of stealing half the station’s power, instigating a conflict with Kragan Gorr (Gary Anthony Williams).

When the two engineers report back to Doza, Kaz decides to cut off the pirates’ power supply, but Synara intervenes and warns him about Nena’s suspicious behavior. Meanwhile, Neeku and Nena are learning more about each other’s pasts, with Neeku revealing that his parents were bantha herders who did not understand his interest in technology but supported the pursuit of his career anyway. Nena then says she was captured by pirates as a child and sold to a Hutt clan, which is why she was acting so distrustful toward the buccaneers aboard the Colossus. Kaz and Synara elect to examine Nena’s ship for any signs of deceit, and find her flight data encrypted– not to mention the fact that she had been tracking the Colossus for days in service to the First Order. Naturally, Kaz runs to inform Neeku, but the Nikto mechanic doesn’t believe his friend… until the power goes out and Nena disappears, that is. Kaz and Neeku chase Nena through the halls as she fires her blaster back at them, warning our protagonists that she had actually been deactivating all of the station’s power, thrusters, and defenses instead of fixing them.

Having grown attached, Neeku and Nena try to convince each other to join their respective sides, but they’re both convinced they have already made the right choice. The First Order shows up just as Nena is escaping, and she reports to Commander Pyre (Liam McIntyre) before jumping away into hyperspace. Kaz and Neeku scramble to undo the sabotage in the station’s systems as a TIE fighter squadron attacks. Finally, Kaz must convince the pirates to disconnect their power entirely, apologizing for his earlier assumptions, so that the Colossus can achieve light speed. 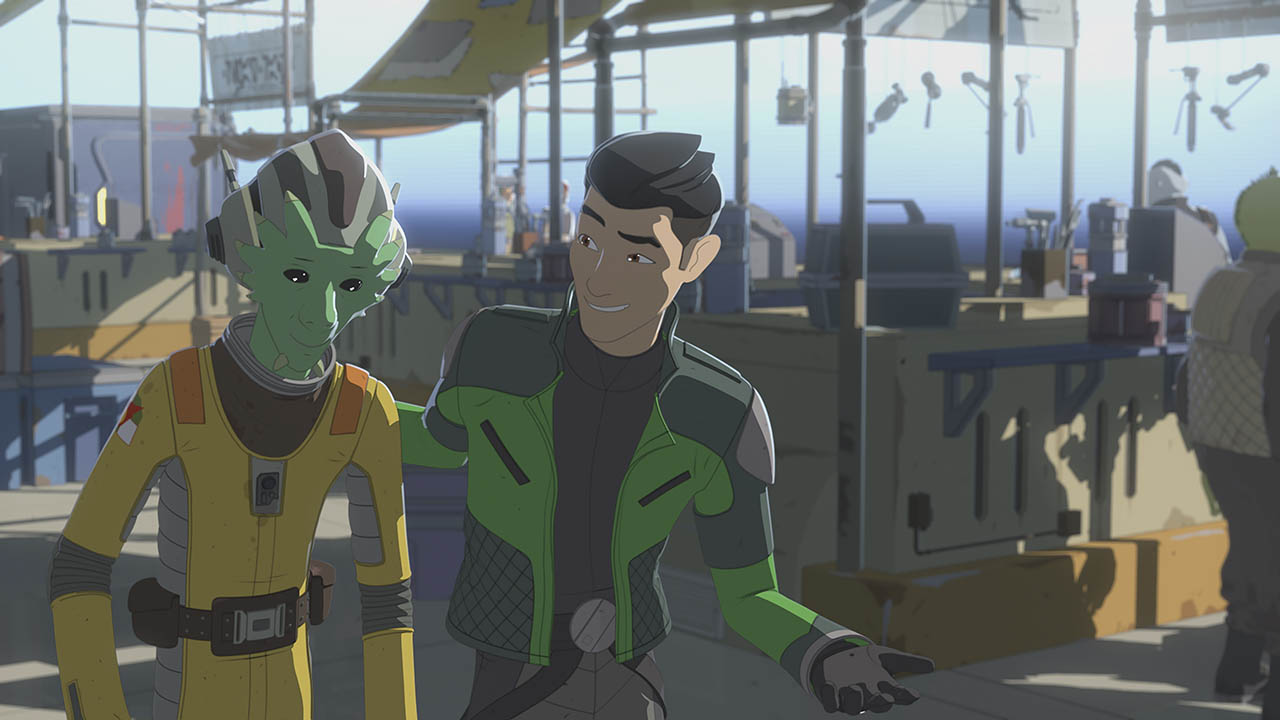 With all systems now functional, the Colossus makes its getaway and Agent Tierney (Sumalee Montano) orders Nena executed should the First Order encounter her again. In the marketplace, Neeku apologizes for being too trusting of Nena, but Kaz says the Nikto’s trusting nature is a good thing, and what makes him him. Neeku then promotes Kaz from “best friend” to “bestest friend.”

It was nice to see a Neeku-focused episode that revealed a little more of the character’s backstory and reminded us that he is actually good at his job. I was surprised to see the First Order come into contact with the Colossus so soon after their last battle, though this particular skirmish did not last very long. I also have to wonder whether or not Nena will pop up again before this season / series is over. 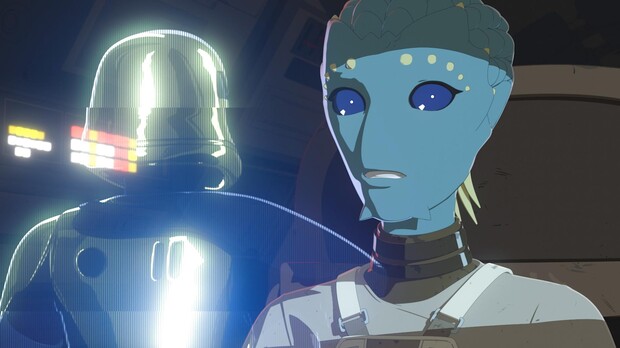 Next week: “From Beneath”