Prior to the beginning of this second and final season of Star Wars Resistance, much ballyhoo was made about the recurring characters Flix and Orka (voiced by actors Jim Rash and Bobby Moynihan of Disney Channel’s current DuckTales reboot) being the first openly gay couple in Star Wars history. And after five weeks of other stuff happening since the season premiere, this week’s episode— entitled “From Beneath”– finally makes that relationship clear. 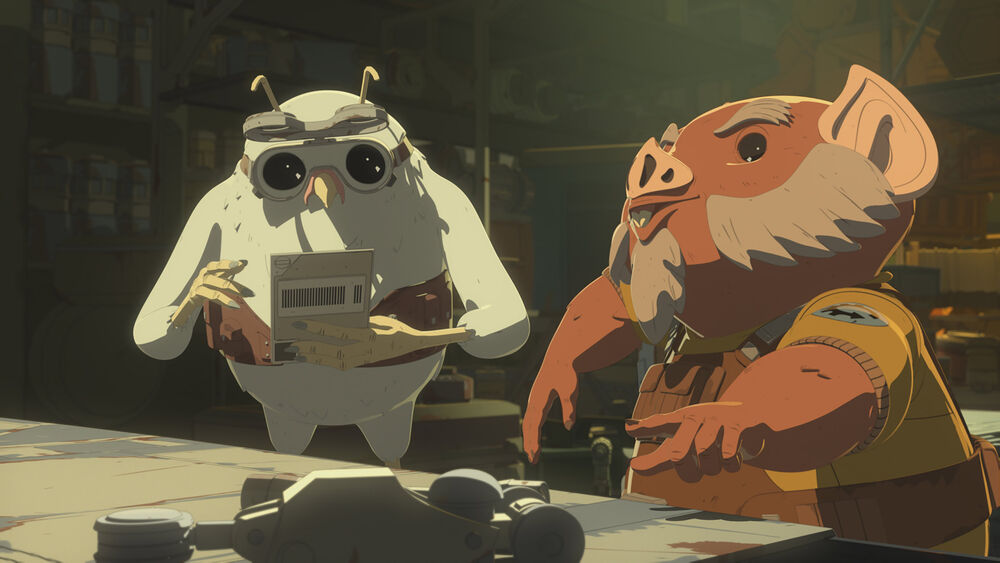 Aside from that sure-to-be-celebrated acknowledgment, “From Beneath” is a very straightforward episode with a simple throughline plot that involves Kazuda Xiono (Christopher Sean), Torra Doza (Myrna Velasco), Flix, Orka, and loyal droid CB-23 visiting Flix’s home planet of Drahgor III in the hopes of obtaining more fuel for the drifting Colossus.

Unfortunately, Flix’s Gozzo cousins (especially the head of the flock named Flanx, played by comedian Paul F. Tompkins, also of DuckTales) make a less-than-welcome reception for our heroes. It seems they resent Flix for having left his home at a young age to become a cantina singer— a dream that didn’t quite pan out, though it did eventually lead to him meeting Orka. 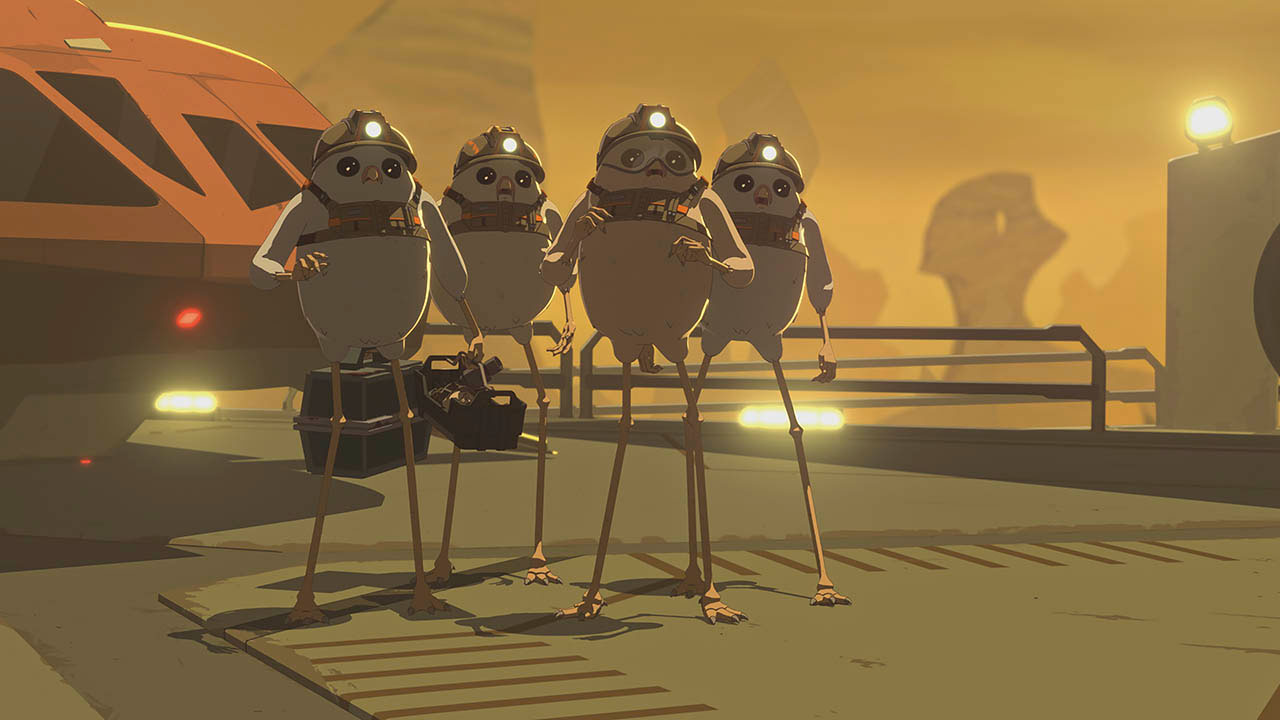 Anyway, it turns out the Gozzo on Flanx’s mining crew having been acting too smart themselves: they’ve been doing some deep core drilling and Flix thinks they may have awoken something called the Karnex Dragon, a subterranean monster that Flanx insists is a myth. But when the drill breaks down at the bottom of the shaft after the group hears a mighty roar, Kaz offers to help fix the equipment in exchange for a resupply of fuel.

Descending down into the pit on the mine elevator, Kaz spots a giant shadow flying through the mist as Flix recounts the origin of the Karnex legend. The elevator screeches to a halt and Torra and Orka escape before it plummets toward the depths with Kaz, Flix, Flanx, and CB-23 inside. They manage to jump clear before it crashes, though Kaz gets separated and comes face-to-face with the dragon itself. 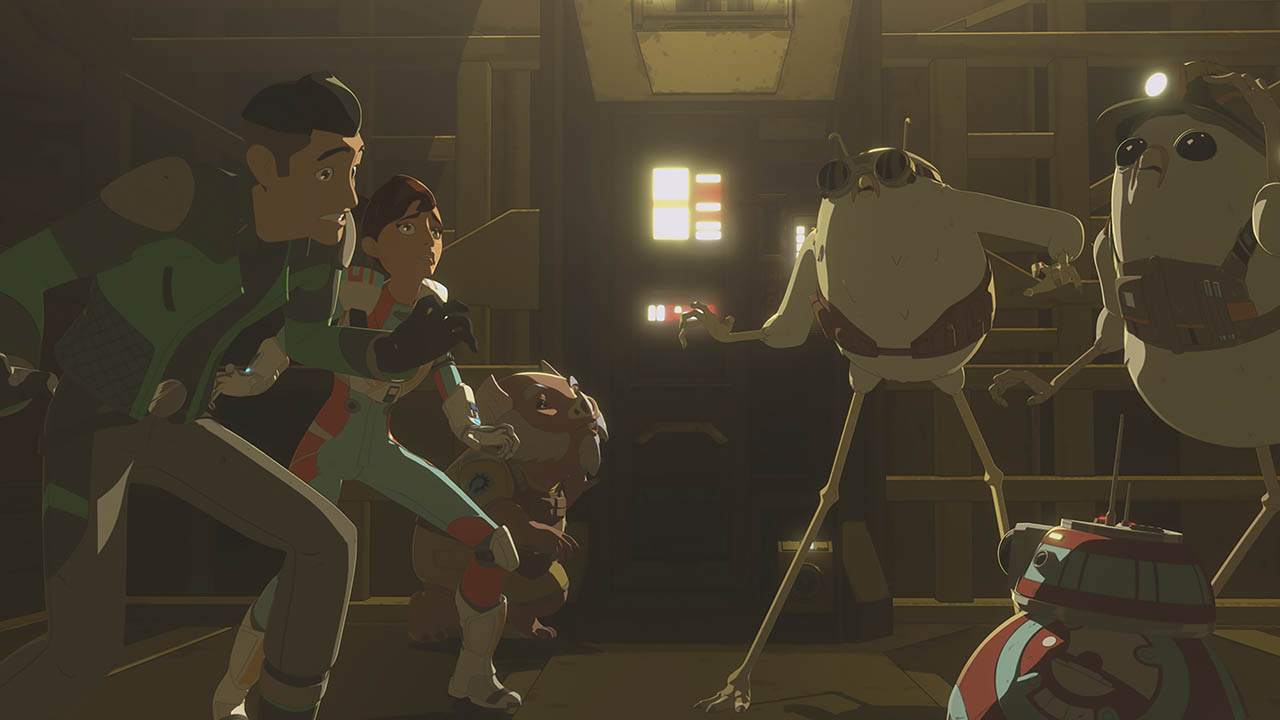 After Torra and Orka manage to climb back to the surface, Orka puts his foot down with Flix’s other obstinate cousins and takes control of the shuttle to go save his significant other (directly stating “I love the guy”) and their friends. Down in the pit, Kaz figures out that the dragon works just like the Tyrannosaurus Rex in Jurassic Park— “its vision is based on movement”– and that it has a weakness to bright lights like Gremlins (Earthly pop culture analogies mine, not Kaz’s).

The gang discovers there’s a whole family of dragons living down in the caves, and when Flanx gets snatched and almost eaten by one, Kaz has to lead a rescue mission down a tunnel, using CB’s high beams as a weapon against the fearsome beast. Finally, Orko and Torra show up with the shuttle, helping to blind the dragons, and Flanx uses the repaired drill to seal the cave, vowing not to dig so far deep anymore. He also makes amends with Flix and accommodates our protagonists with a generous amount of fuel for their troubles as they depart. 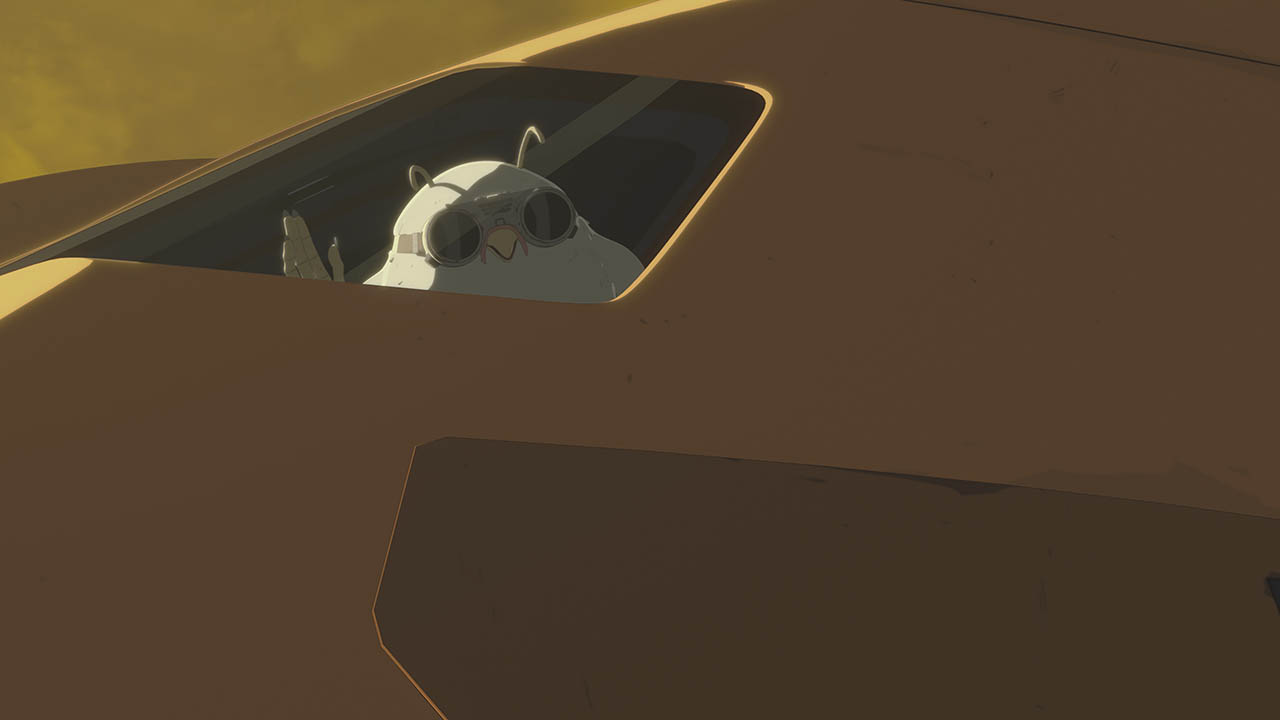 While this episode definitely felt like a side quest and is probably mostly inconsequential in the larger plot (other than the acquisition of more fuel for the Colossus), it was nice to spend some more time with Flix and Orka, getting to know those likeable secondary characters a little bit better.

Next week: “The Relic Raiders”