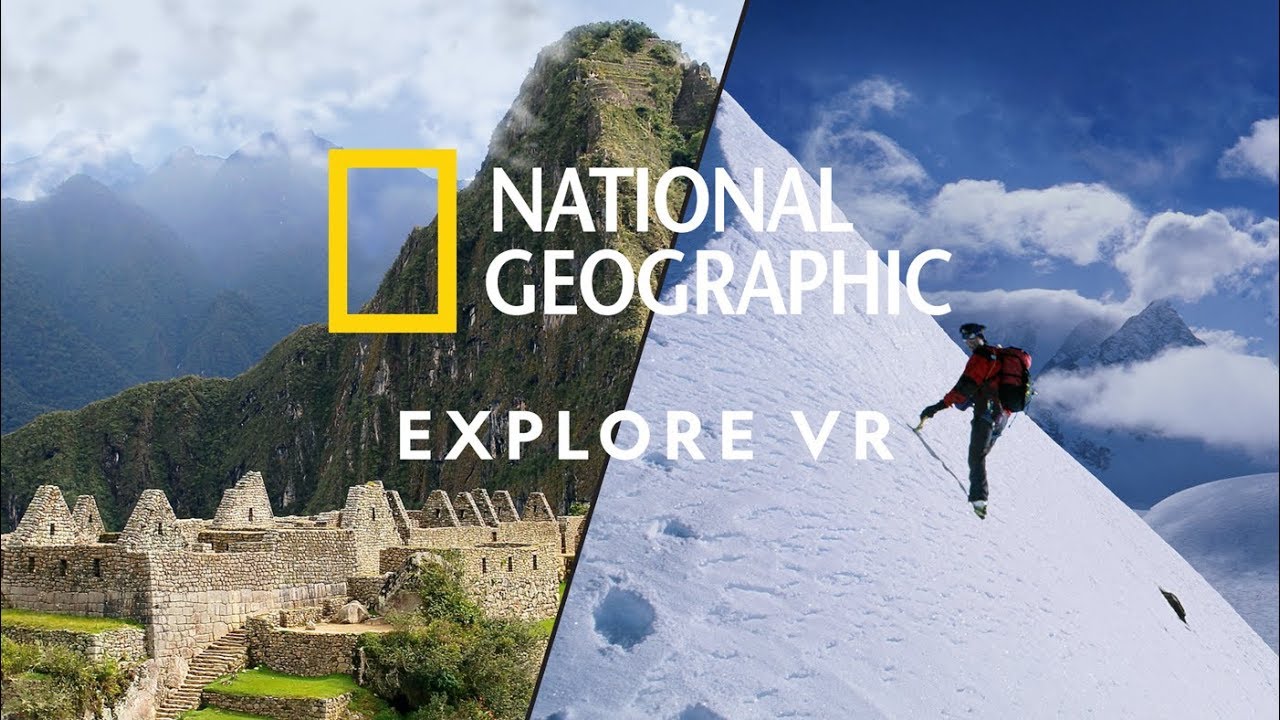 One of the many promises of Virtual Reality as a burgeoning medium is that it can theoretically transport you to places you may never otherwise be able to see with your own eyes– not just invented fantasy worlds, but real locations right here on planet Earth that are inaccessible or otherwise out-of-reach to the average person.

True to form, the now-Disney-owned National Geographic has taken it upon itself to be among the first to deliver such experiences with the recently launched National Geographic Explore VR software for Oculus Quest. First launched this past spring with a singular destination– Antarctica– the platform was updated this week to include a second exotic locale: the ruins of the 15th Incan citadel Machu Picchu. Both virtual excursions are currently included with the single $9.99 download price for the program, and having just played through each adventure, I can say the finished product is definitely worth that meager cost.

I started with the Antarctic expedition, which was the first to be released and the most appealing to me personally, being an enthusiast of desolate, icy settings in video games, movies, and of course the real world. Heading out from your picturesque apartment headquarters, you step through a yellow-framed portal evocative of a National Geographic magazine cover and find yourself deep in the frozen south. Dropped off by a large research vessel, you hop aboard a kayak and venture into the foreboding ice floes. It may feel a little silly at first to sit on the floor of your living room and paddle, but the absolute immersion goes a long way in making you accept the situation pretty quickly. 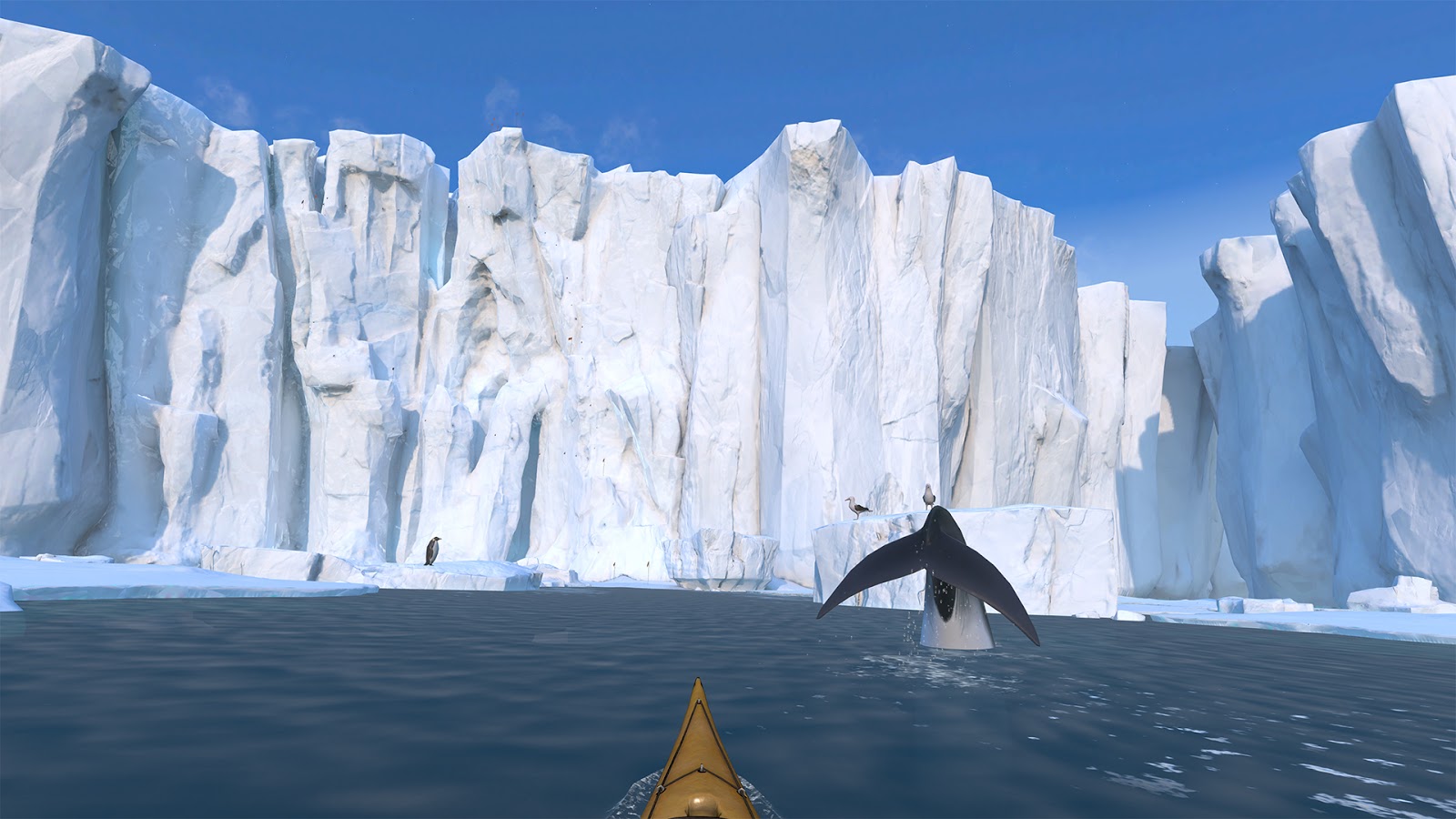 Your task in this mission is to act as a National Geographic photographer, capturing images of the landscapes and wildlife around you. It’s an assignment that would probably take some training in reality, but the user-friendly and self-explanatory camera controls make it a snap– no pun intended– to grab all the shots you would want from such a journey. You’ll spot penguins, whales, seagulls, and seals along the way in your boat, and then you reach a point where you have to start heading up: it’s a dangerous ice climb to the summit, so keep steady and try not to look down. I absolutely loved the Antarctica section of National Geographic Explore VR, to the point where I’ll probably play through it at least a few more times. I know I found at least one Easter Egg in my exploration, so I’m itching to see if there are any more, and I really appreciated the feel of extreme isolation and serenity that comes with visiting such a breathtakingly barren region. Which is why I was just a little disappointed to try out the Machu Picchu portion of the experience– this is a much more straightforward, less freewheeling with an emphasis on education about the history of the area rather than merely breathing in the environment.

Which is not to say the trip to Machu Picchu isn’t worth it. I imagine this is as close as one will ever get to feel as though you are there without actually visiting the Peruvian “Lost City,” and I certainly walked away from the encounter having learned quite a bit more about Incan life and the geography of this important archeological site. But the actual interface with the material is far drier than in the Antarctic version: instead of paddling a kayak and climbing vertical ice walls, you’re just pointing a cursor and teleporting where you want to go in a limited space. You still take photos, but instead of pointing and clicking wherever you want, your creativity is stifled by a voice-over guide who directs you on which would make the best shots for the fictional National Geographic cover story to which you’re contributing. 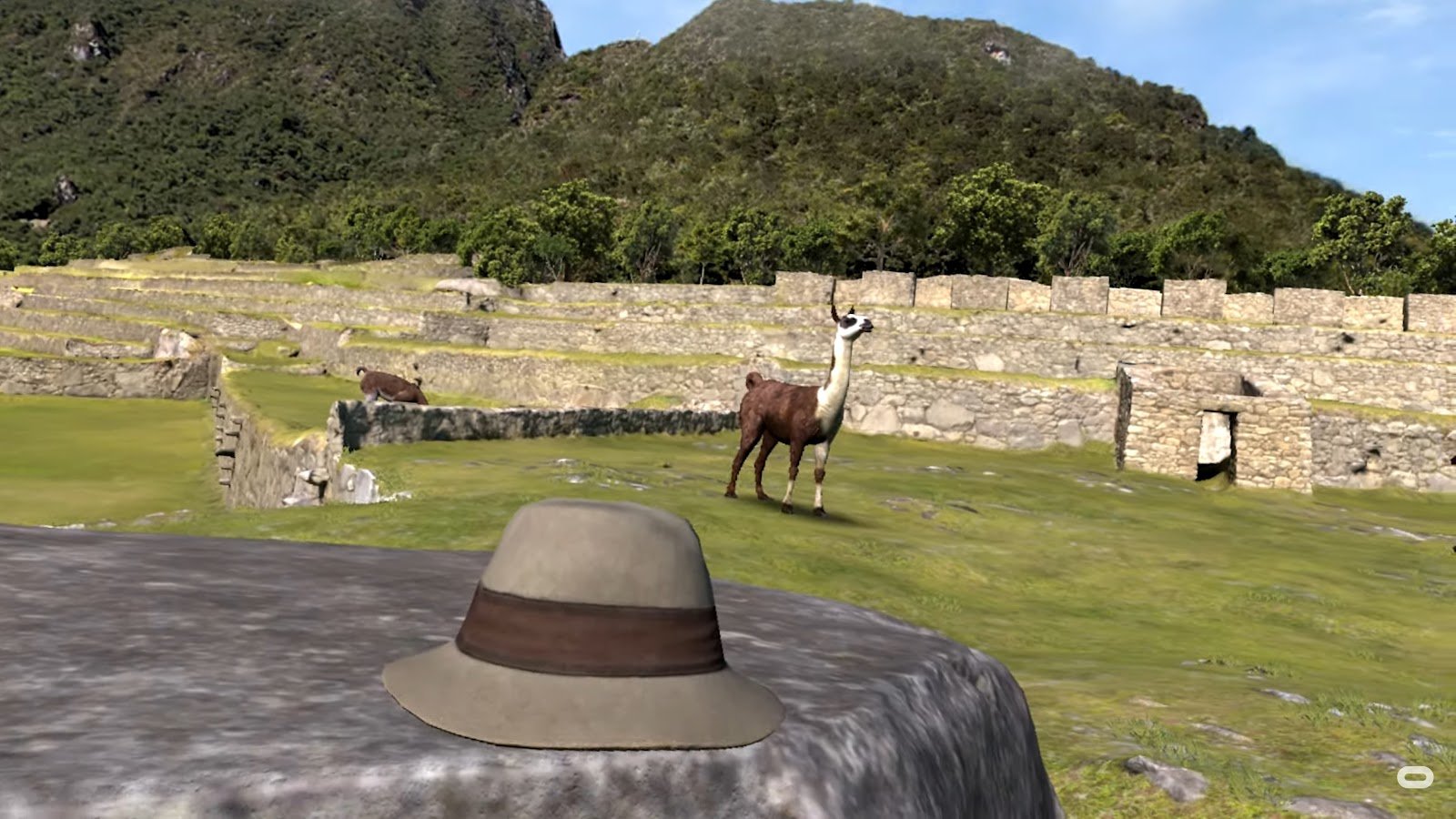 With all that having been said, I can heartily recommend National Geographic Explore VR for those who own an Oculus Quest headset with the minor reservation that one of these experiences is a sheer thrill filled with wonder and amazement, while the other– though similarly impressive on a visual level– is more of a guided history lesson.