In case you didn’t know, The Imagineering Story continues to be one of the biggest draws for Disney+ among hardcore parks fans. Between the rare archive footage, exclusive interviews, and amazing peeks behind the scenes, it turns out that there’s a lot to be learned from the docuseries — even for Disney know-it-alls! With that in mind, just as we did Episodes 1, 2, and 3, we thought we’d look at some of the revelations that caught our attention in Episode 4 of The Imagineering Story. 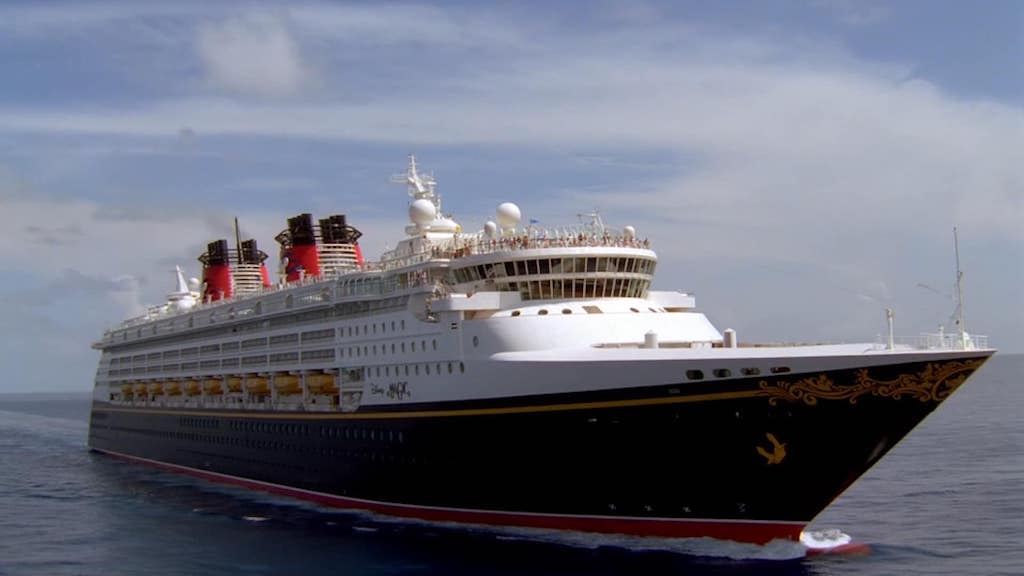 Disney Cruise Line was profitable from Day One

With this particular episode title “Hits and Misses,” it only makes sense that we’d start off with a success before making our way to… the rest. Despite the cruise line business being mostly new to The Walt Disney Company, it turns out that their first foray on the high seas went swimmingly. In fact, the venture was profitable by the time the ships set off on their maiden voyages.

Over the years, The Walt Disney Company has made a number of high-profile acquisitions. In each case, the natural question is “how will this impact the parks?” However, it turns out that, in some cases, Imagineers have been brought in to work on projects outside of the parks after the company made a major purchase. For example, WDI had a hand in redesigning ABC’s studio when the company bought the network and also helped renovate Angel Stadium back when Disney had a stake in the Angels.

As many Disney fans might recall, there was a time in the 90s when Disney was considering building a theme park outside of California or Florida. Disney’s America would have been an “edu-tainment” venture with a focus on American history. However, the site Disney chose drew controversy, eventually leading Disney to withdraw its plans. Looking back, Eisner says he thinks the company would have pressed forward had it not been for the death of Frank Wells, issues with Eisner’s own health, and the recent purchase of ABC. Oh, what could have been.

In the episode, we see archive footage showing WDI building a giant dinosaur Audio-Animatronic prototype capable of walking on its own. Moreover, the interview notes that they’re purposely not starting with a scale model and working their way up but starting with the full-sized version. Sadly, it’s unclear what became of this particular project, but a smaller dino named Lucky would eventually come to be at least. 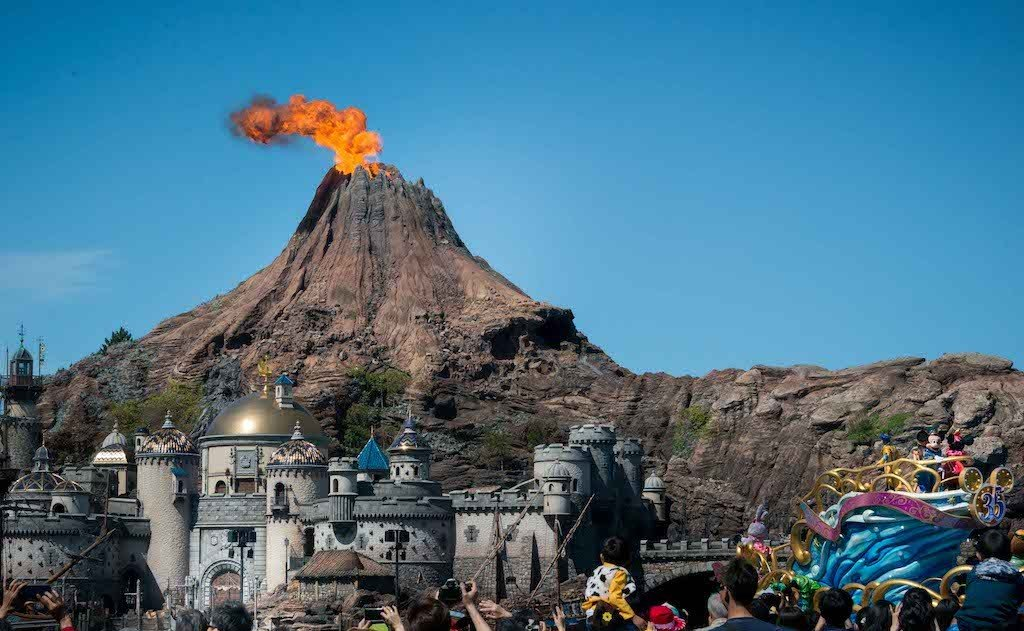 Given the popularity of Tokyo Disneyland, it was only a matter of time before the Oriental Land Company (that owns the resort) inquired about building a second park. Apparently, this sent Imagineers to their typical playbook, pitching ideas for a world showcase, a studio park, and an animal park as potential second gates. With those suggestions scrapped, they then came up with the concept of Tokyo DisneySea. Today, that park is considered one of the best — if not the best — in the world.

Prior to the idea of a theme park in California being themed to the state of California (ugh), one pitch for a second park in Anaheim was Westcot. Just as this name implies, the project would have taken inspiration from Epcot, including having a Future World and World Showcase. On top of that, Tony Baxter noted that the resort hotels would have continued to the “around the world” theming, allowing guests to stroll through Europe at 2 a.m. and perhaps grab a nightcap. Baxter so loved this idea that he states its inability to come to fruition is one of his saddest regrets.

At the same time that Tokyo DisneySea was being constructed, a far less ambitious project was taking shape in Anaheim. Then named Disney’s California Adventure, the budget-built neighbor to Disneyland opened to poor reception and low attendance. Apparently Imagineer John Hench was no fan of the park’s original incarnation either, offering that harsh zinger when asked about it. Ouch. 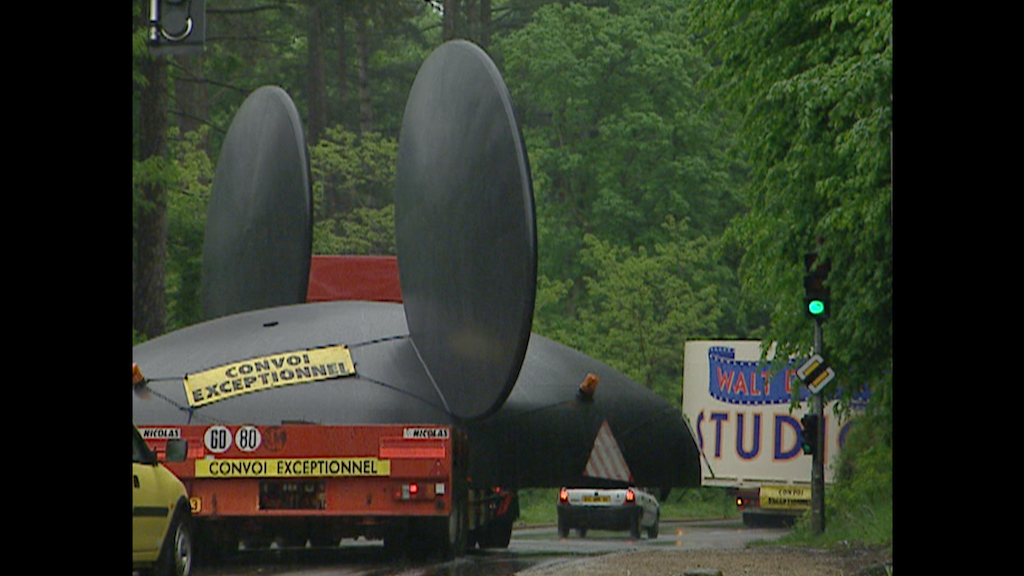 While critics of Disney’s California Adventure may have wondered how much lower Disney could fall, the answer came in France. That may be due in part to the fact that the inception of Walt Disney Studios Park was more of contractual obligation than a sign that Disneyland Paris (formerly Euro Disney) had turned its fortunes around. As the narrator reminds us, the park was not only Disney’s smallest but “would quickly become its least attended.” Bruce Vaughn even noted in the episode that he didn’t even realize he was on stage when visiting the park, adding that DCA looked great by comparison. Thankfully, after taking on a 100% stake of Disneyland Paris, Disney is now expanding WDSP with several projects, from Marvel to Star Wars and beyond.

Before episode four of the docu-series comes to a close, we’re left with one other dud: Hong Kong Disneyland. Once again opened on a tight budget, many criticized the park for debuting with too few attractions. And, in the apparent grand tradition of Disney park openings, it seems that the pavement wasn’t quite dry on day one either. This time around, instead of ladies’ heels digging in, it was the benches that started to sink. That hiccup was soon fixed, but the park itself has continued to go through a series of expansions and upgrades to this day — with even more on the way. 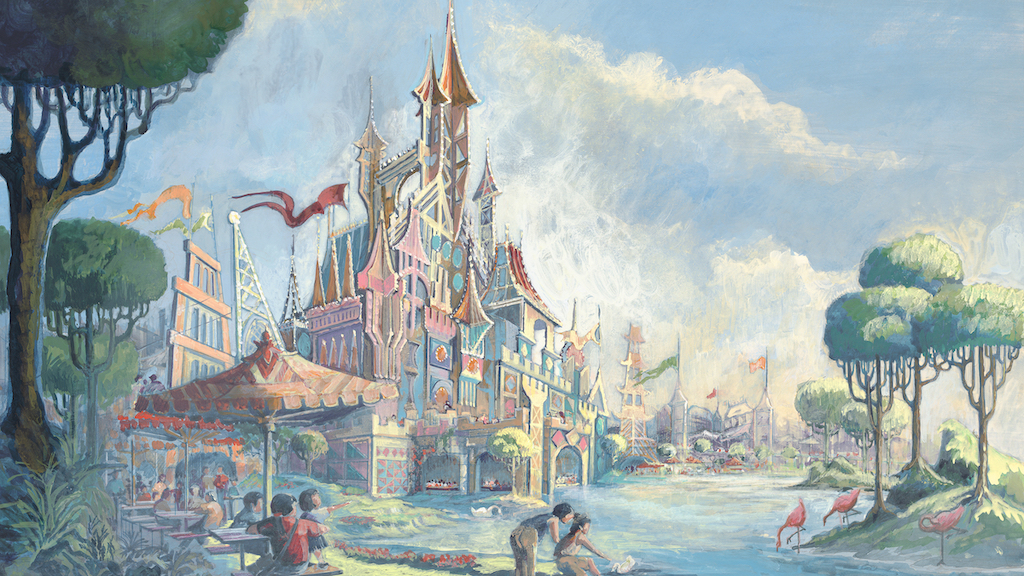 Also interesting is that this was the original concept art for the castle at Hong Kong Disneyland. Instead, they got a clone of Disneyland's Sleeping Beauty Castle (which is currently being transformed into the Castle of Magical Dreams)